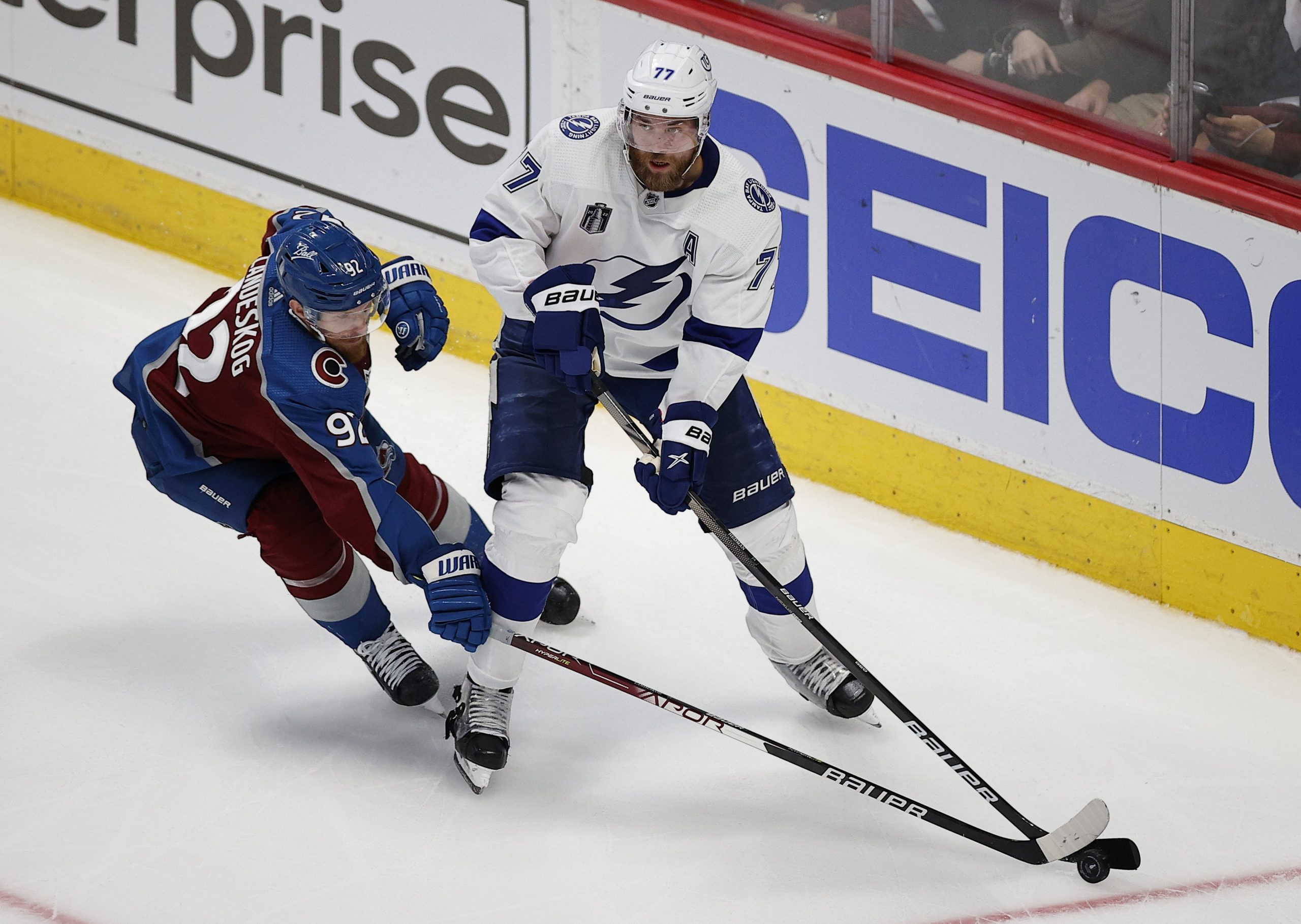 Not much has gone right for the 2-time defending champs in their quest for a 3rd straight Stanley Cup. However, the Lightning found themselves in this same 2-0 deficit in the last round against the Rangers. All they did was go on to win the next 4 games and reach this Stanley Cup Finals. The Avalanche may end up prevailing in the end, but that doesn’t mean there can’t be value on the Bolts along the way. That is especially true with the series heading down to Tampa for Game 3. Regardless, props don’t rely on choosing a side.

Along with our player props, be sure to check out all of our NHL analysis.

It might be hard to back a Lightning skater after watching Game 2, but it’s also tough to bet against a team that has won back-to-back Stanley Cups. One of the key skaters in those last 2 championships was Tampa’s Victor Hedman. He won the Conn Smythe Trophy in 2020 for the MVP of the Stanley Cup playoffs. He obviously has the pedigree, and his caliber of play has not fallen off by any means. He is still a monster of a defenseman that loves dishing out apples. He finished the season with 65 of his 85 points being assists.

While those stats are impressive, it’s even more important to note what he has done in the postseason. Of his 15 points in these playoffs, 13 have been assists. For as much as the Lightning have struggled to open this series, Hedman still recorded one of those assists in Game 1 against Colorado. Now heading back home to Tampa, he should continue to perform well. Even if you’re one to think that the Avalanche are going to steamroll once again, don’t worry. In Game 2’s 7-0 loss, the Lightning made sure to rest guys like Steven Stamkos — who only ended up playing just over 14 minutes. However, Hedman was still on the ice for nearly 23 minutes. Tampa Bay clearly understands that he is vital to success and can handle the workload. Regardless of who wins this game, Hedman should get back in the box score with an assist.