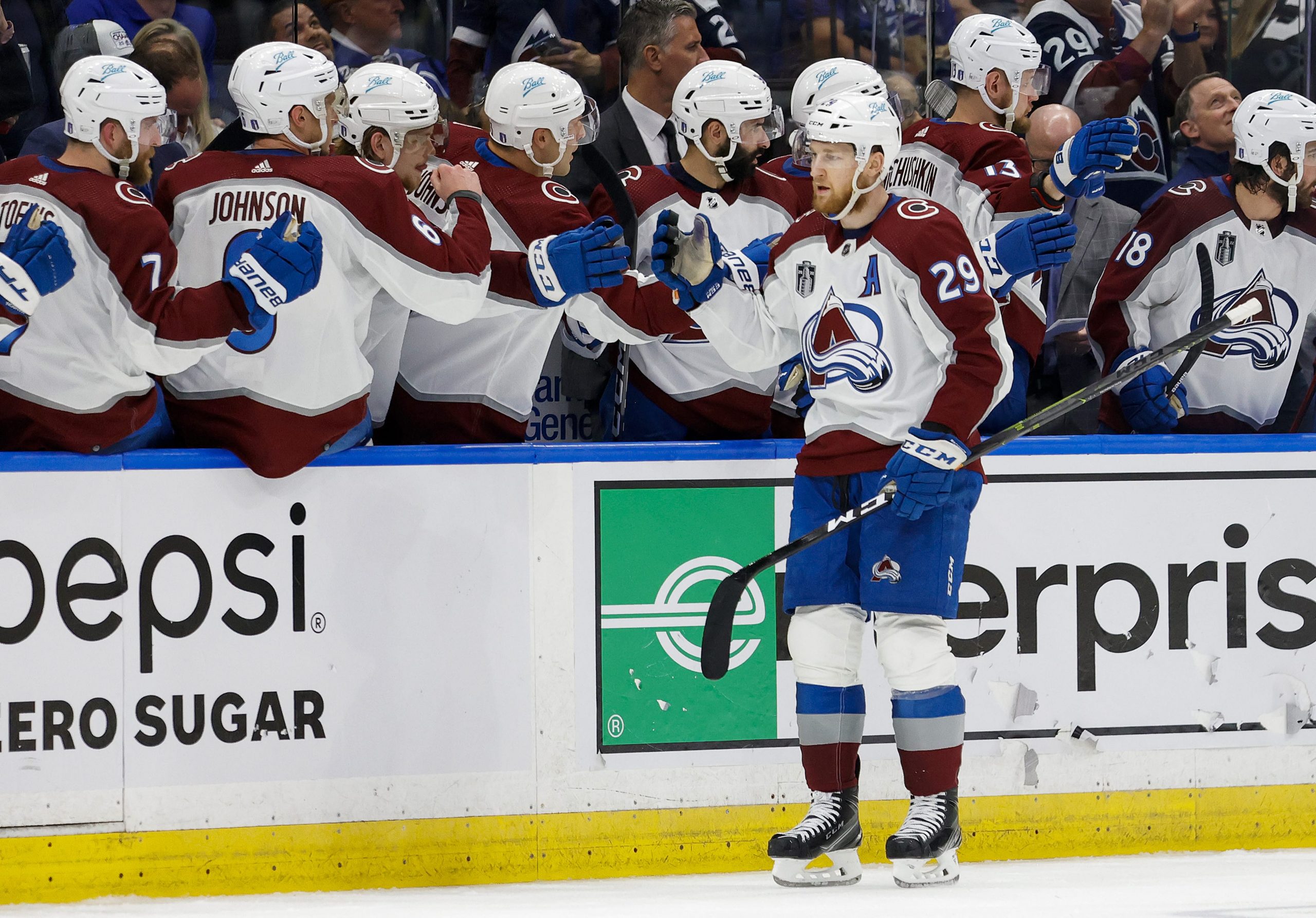 Following Colorado’s controversial overtime game winner in Game 4, the Stanley Cup Final heads back to Denver. The Avalanche have the opportunity to become champions on home ice after taking a 3-1 series lead. However, the Lightning are also a team that has proven to overcome adversity. While that makes picking a side for Friday night’s game a bit more difficult, there are plenty of skaters to target for props. One of those is arguably the best skater in the world.

Along with our player props, be sure to check out all of our NHL analysis.

While the Avalanche are a team full of all-stars, none are more recognizable than Nathan MacKinnon. His all-world status is what makes it surprising that this prop is listed at such a reasonable price. After enduring a very rare performance in Game 3 in which he was held pointless, he bounced back in Game 4 with his first goal of the series. Not only was being held without a point a rarity, he is also usually more prone to dishing out assists. Of his 88 points in the regular season, 56 of them were assists.

That may seem strange for a skater that shoots the puck so often. However, that also creates more opportunities from rebounds off of goaltenders or the pipes of the goal. There was a perfect example of that in Game 3 with 1 of Gabriel Landeskog’s 2 goals. Now with Nazem Kadri back healthy, there are even more goal-scorers surrounding MacKinnon. It was Kadri who scored the overtime game winner on Wednesday and Landeskog has 4 goals in the last 5 games. MacKinnon had an assist in each of the first 2 games of this series that were also in Colorado; he should record another one back on home ice for Game 5.