HomeAnalysisNHL NewsBest NHL player props for Tuesday's slate: Palat can get on the scoresheet

Best NHL player props for Tuesday's slate: Palat can get on the scoresheet 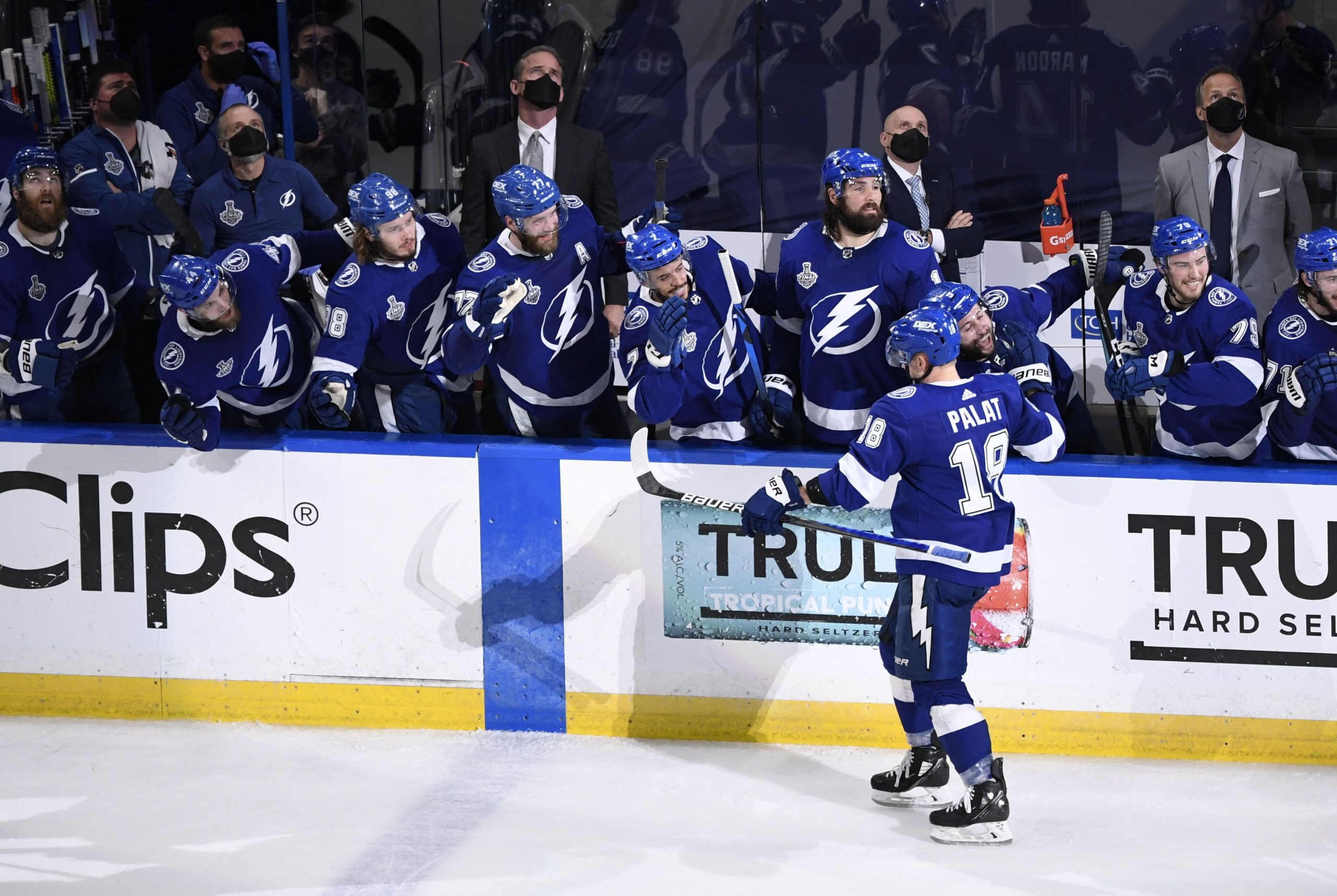 The wait is over. Hockey is here. The 2021-22 NHL regular season commences tonight at 7:30 pm ET as the Pittsburgh Penguins take on the back-to-back Stanley Cup champion Tampa Bay Lightning. Following that showdown will be the first-ever game of the NHL’s 32nd team, the Seattle Kraken. They go up against the Vegas Golden Knights at T-Mobile Arena at 10pm ET.

Now I don’t know about you, but I’m making the return of hockey even better with a little betting action.  Specifically, with some player props. It just feels right. Along with these props, be sure to check out our full game previews for both games tonight. You can also follow me on Twitter for plays and betting content throughout the season. Here’s to a great season!

The Lightning have won back-to-back Stanley Cups with Ondrej Palat on their first line between Brayden Point and Nikita Kucherov. Given the success they have seen, that seems unlikely to change anytime soon. Palat may not post the prolific scoring numbers that Point and Kucherov do, but playing next to them gives him plenty of quality chances. Palat tallied 46 points in 55 games last season, and he could get off to a strong start tonight.

The Penguins are coming into this game without Sidney Crosby, Evgeni Malkin, Jake Guentzel, and potentially Zach Aston-Reese. Those are 4 key players, which doesn’t bode well. Tampa Bay’s top 2 lines are as good as it gets, and they should be able to make things happen tonight on their home ice. Look for Palat to find his way onto the scoresheet as the Bolts generate plenty of scoring chances.

I like this play a variety of reasons.  First of all, we have no idea what we are going to get from this Kraken offense.  They had 6 preseason games to build some team chemistry, but they could still be adjusting to playing with one another. Secondly, the Kraken will be without several players due to COVID protocols. Forwards Jared McCann, Joonas Donskoi, and Marcus Johansson will not be active.  In addition, defenseman Jamie Oleksiak and Calle Jarnkrok will not be in the lineup either.

Along with the uncertainty and notable names out of the lineup for Seattle, Vegas isn’t exactly a team you want to face in your first game as a franchise. The Golden Knights have a veteran team that is very stingy defensively. They held their opponents to 27.3 shots per game last season, which was good for the fourth-best mark in the NHL. They will also be at home, and the place will be rocking. It should be a tough atmosphere for Seattle to get things going offensively.

With the departure of Marc-Andre Fleury, Robin Lehner is the new No. 1 goaltender in Vegas. The Golden Knights’ stout defense was a big factor in Fleury winning the Vezina Trophy last season. Overall, it’s tough to see Seattle generating much offense on the road in a hostile environment tonight.  It would not be surprising if Vegas bottles them up and holds the NHL’s newest team to a low shot total. Because of that, I’m rolling with the under on Lehner’s save total.