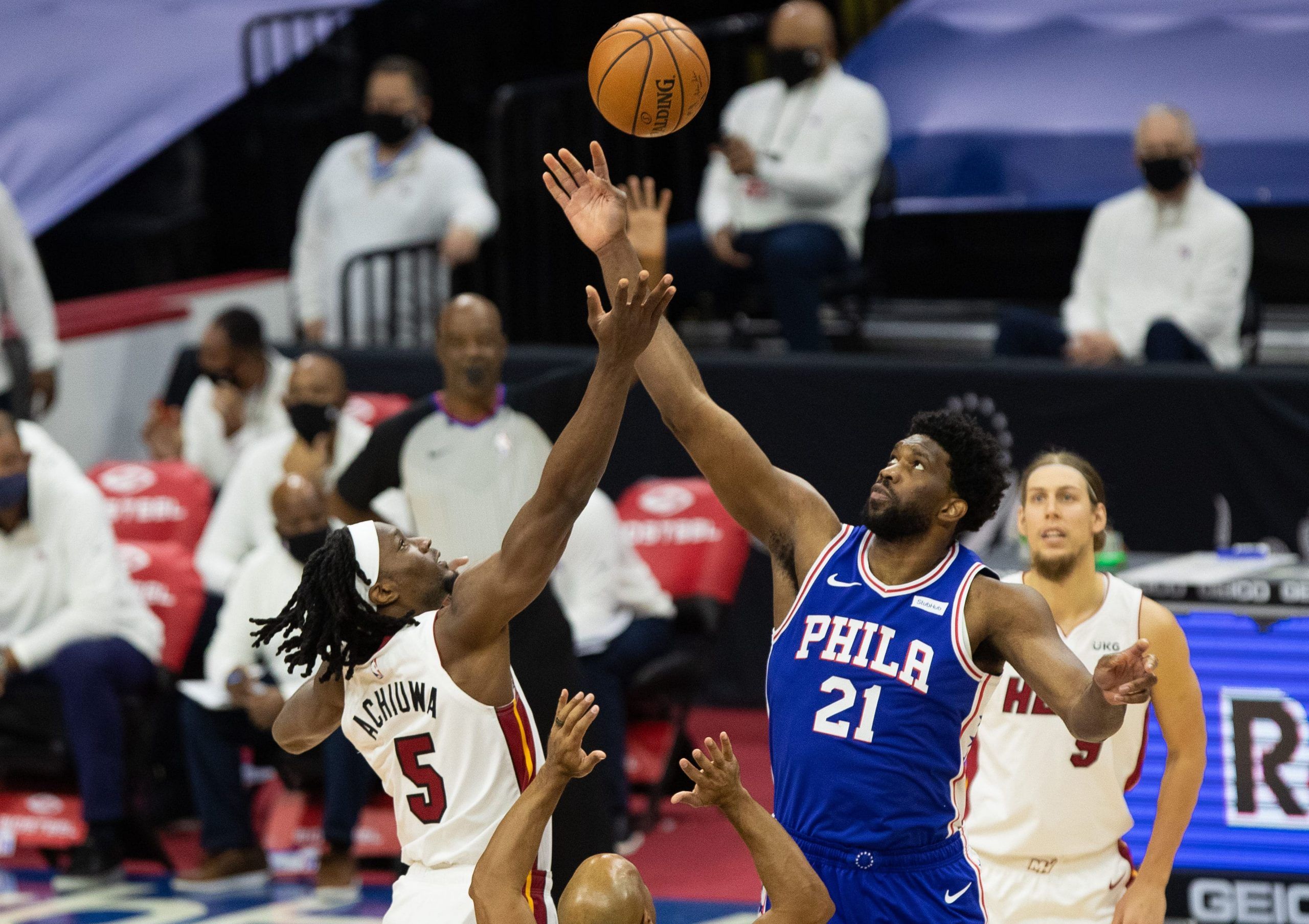 Thursdays NBA slate consists of just five games, but it is a case of quality over quantity as all of those playing today will have strong playoff aspirations. With the aftershock of last night’s blockbuster four-team trade still being felt around the league, and players missing due to health and safety protocols, there are plenty of opportunities for us bettors to exploit.

Be sure to check out all of our picks on the side and total for each of those games, but right now it’s time to lock in on the three best player prop bets for tonight’s action.

The short-handed Miami Heat team does not have a body big enough to put on Joel Embiid that would stop him from getting whatever he wants at the rim. In the first game between these two teams, Embiid managed to record 16 rebounds, 14 of which came on the defensive end. With the 6’8″ Heat rookie Precious Achiuwa not being an outside threat, the 7’0″ Embiid will once again be able to stick with him on defense and patrol the paint, cleaning up any missed shots that come off the rim. Embiid is now averaging 12 rebounds per game, so even without the super favorable matchup on the inside, he would be likely to reach this total.

Be sure to check out our full game preview for Miami Heat vs. Philadelphia 76ers.

Embiid took over for Philly in OT ♨️

The Raptors are coming off two heartbreaking losses but will be encouraged by the improvement of their play, especially from Pascal Siakam. Siakam has seen an increase across the board in his numbers in the last seven days compared to his season averages, with the standout being assists. He has averaged eight assists over the last week compared to the five he averages on the season. One thing that has contributed to this is Toronto going back to using their players that were on the roster last season, ditching Aron Baynes in the process and only using Alex Len when the opposing team has a formidable big like Jusuf Nurkic.

With the increased level of familiarity among the Raptors starting five, Siakam has once again become a focal point of the offense and is getting everyone else involved too. He has two double-digit assist games in the last three outings, and with Charlotte playing their second game of a back-to-back, I expect to see Siakam pushing the ball up the floor himself and racking up more assists.

Be sure to check out our full game preview for Charlotte Hornets vs. Toronto Raptors.

With Victor Oladipo being traded away to Houston and Caris LeVert unlikely to be ready to play in this one, the scoring burden will fall more heavily upon the shoulders of the other Indiana starters. Luckily for them, Myles Turner is in fine form and looks primed to step up to the challenge. The Pacers big man has been a shot-blocking monster this season, and an effective threat from deep. Although he is averaging 1.4 made three-pointers per game on 31 percent shooting, he is coming off a season-high 22 points against Golden State. In that game, he made three of the five shots he attempted from deep which means he has now made more than two three-pointers in four of his last five games.

With Oladipo not being there, expect Turner to get more shooting opportunities. Jusuf Nurkic will be manning the paint for the Blazers so I expect those shots to be coming from deep instead of Turner trying to wrestle him on the inside.