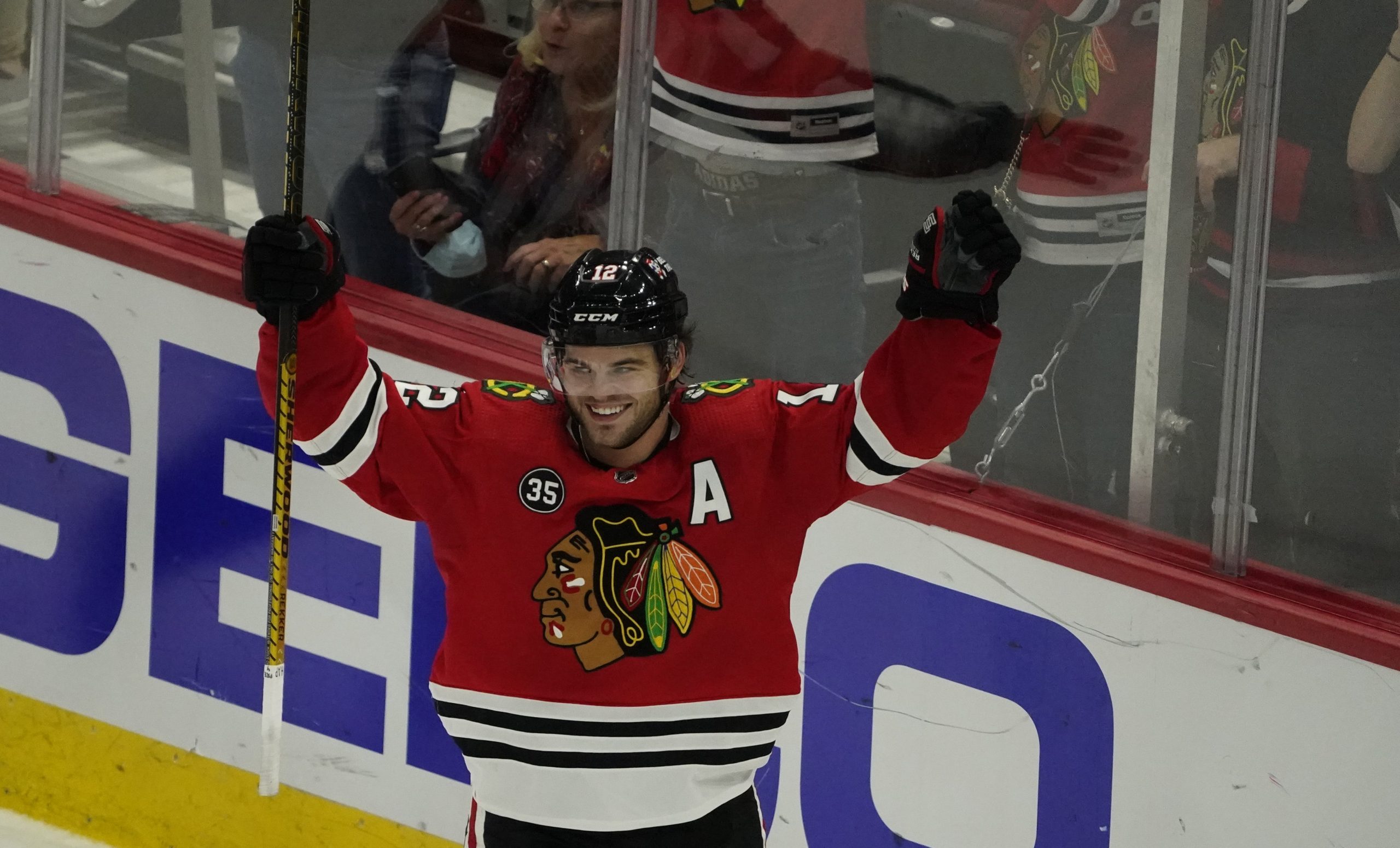 Hockey has returned and it is glorious.  We are now 3 days into the 2021-22 NHL season, and Friday night gives us a small but entertaining slate of 3 games.  That means we have player props to consider.  I have a play in mind, and I will share that here.  Along with this article, be sure to check out our picks for the side and total on each NHL game tonight.  You can also follow me on Twitter for NHL plays throughout the season.

The Chicago Blackhawks suffered a tough loss by a score of 4-2 in their season opener against the Colorado Avalanche.  Chicago generated a total of 34 shots on net, but they were outshot 18-8 in the first period.  That is not an ideal way to start a game, or a season for that matter, and they should be looking to generate a lot of pressure tonight, especially early in the game.  They should be in a solid position to do so, as they are facing the New Jersey Devils.  New Jersey has a young and dynamic offense, but a very lackluster defense.  The Devils ranked in or near the bottom third in the league in almost every defensive category just a season ago, and starting goaltender Mackenzie Blackwood is out with an injury.  Look for Chicago to come out firing.

Alex DeBrincat figures to be a big part of that game plan.  He potted 32 goals in 52 games last season, and he averaged right at 3 shots per game.  He put 3 on net in Tuesday’s opener against Colorado.  He was held off the scoresheet in that game, but will be looking to change that tonight.  Playing on the first line and seeing solid power play time against a weak defensive team bodes well for DeBrincat in tonight’s matchup.  He should be able to generate at least 3 shots.

Be sure to check out our full game preview for Chicago Blackhawks vs New Jersey Devils.