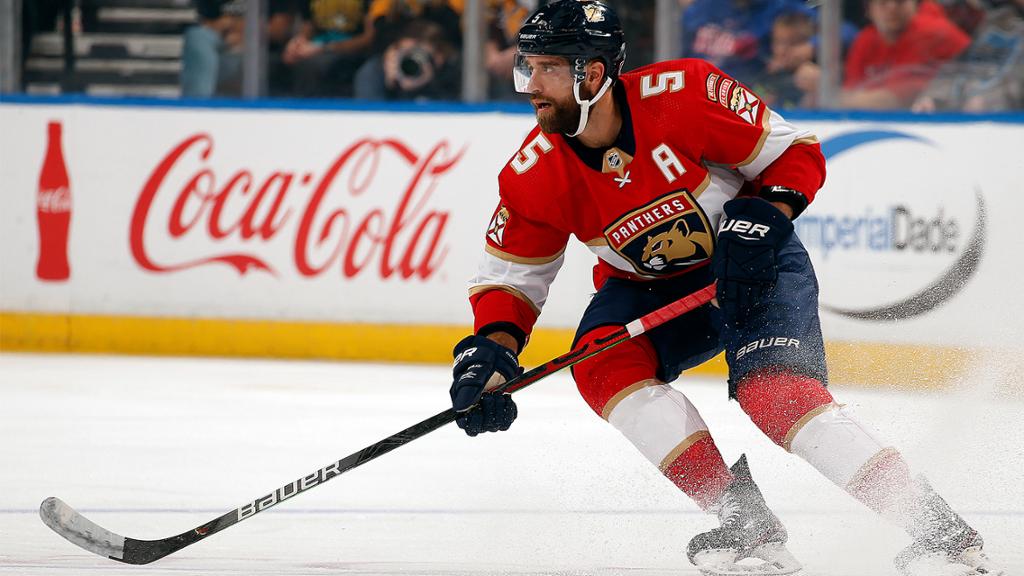 After a day off, the NHL is back with a full 13-game slate Friday throughout the day and into the evening. We’re going to take a deeper dive into two of the matchups and choose two player props we think will provide good value and will have a great chance of hitting. Games are starting at 1:00pm ET and the final game of the night starts at 10:30pm ET.

Former first overall pick Aaron Ekblad is having the best statistical season of his career. He’s fourth in the Panthers’ scoring with 17 points in 19 games, but more importantly, the offensive chances he’s been able to generate with his shots on goal have led his team and helped them maintain pressure throughout the game. In 19 games he’s totaled 58 shots, more than three shots per game. In seven of his last eight games, he’s generated at least three shots on goal. This seems like great value for a player that’s only had less than three shots one time in the last three weeks. Additionally, Ekblad is averaging the most time on ice for Florida with 25:16 per game and the most time on the powerplay with 3:31 per game. Ekblad is an absolute workhorse and he’s been a consistent threat through 19 games this season.

The Panthers total the second-most shots on goal per game, in large part to the contributions from their defensive players. They’re currently on a four-game win streak and they’ll be looking to keep that intact as they go up against one of the best teams in the league, the Washington Capitals. Expect Ekblad to be on his A-game tonight as he looks to play a full 200-foot game tonight and keep the win streak alive. Take Ekblad to record over 2.5 shots tonight, he’s done it in 87.5% of his games the last three weeks.

With the two best players ruled out for the Lightning, captain Steven Stamkos is going to have a much larger role for the next few months. After starting out on the wing for the second line this season, Stamkos has now been tasked with first-line center, a role he played throughout the majority of his season. He currently has a 22.7% shooting percentage, head coach Jon Cooper is probably telling him to shoot the puck more. Tonight, he and the Lightning will be going up against the Seattle Kraken, one of the worst teams in the league despite being on a two-game win streak.

The Kraken will likely play this game tough to preserve that streak, so players like Stamkos will have to take matters into his own hands if he expects to get a win tonight. It’s the first time these two teams have ever met, and the Kraken would probably love to beat the two-time Stanley Cup Champions in their first-ever meeting, but Stamkos won’t make that an easy task. Despite his minutes being toned down (they can’t afford another injury to their top-line players), Stamkos hasn’t stopped producing offensively. He had three points in his last game and he should have some confidence heading into tonight.

With 22 points through 18 games, Stamkos has remained the number one option on the powerplay. Along with his high-end shooting percentage, expect him to be shooting the puck tonight during even strength, but more specifically the man advantage. He’s averaging 3:24 minutes of ice time on the powerplay and the Kraken are allowing the third-most penalty minutes per game with more than five minor penalties. Take Stamkos to get over 2.5 points tonight, he’s the main option for the offense on this team because of all the injuries.

Be sure to check out our full game preview for Seattle Kraken vs. Tampa Bay Lightning