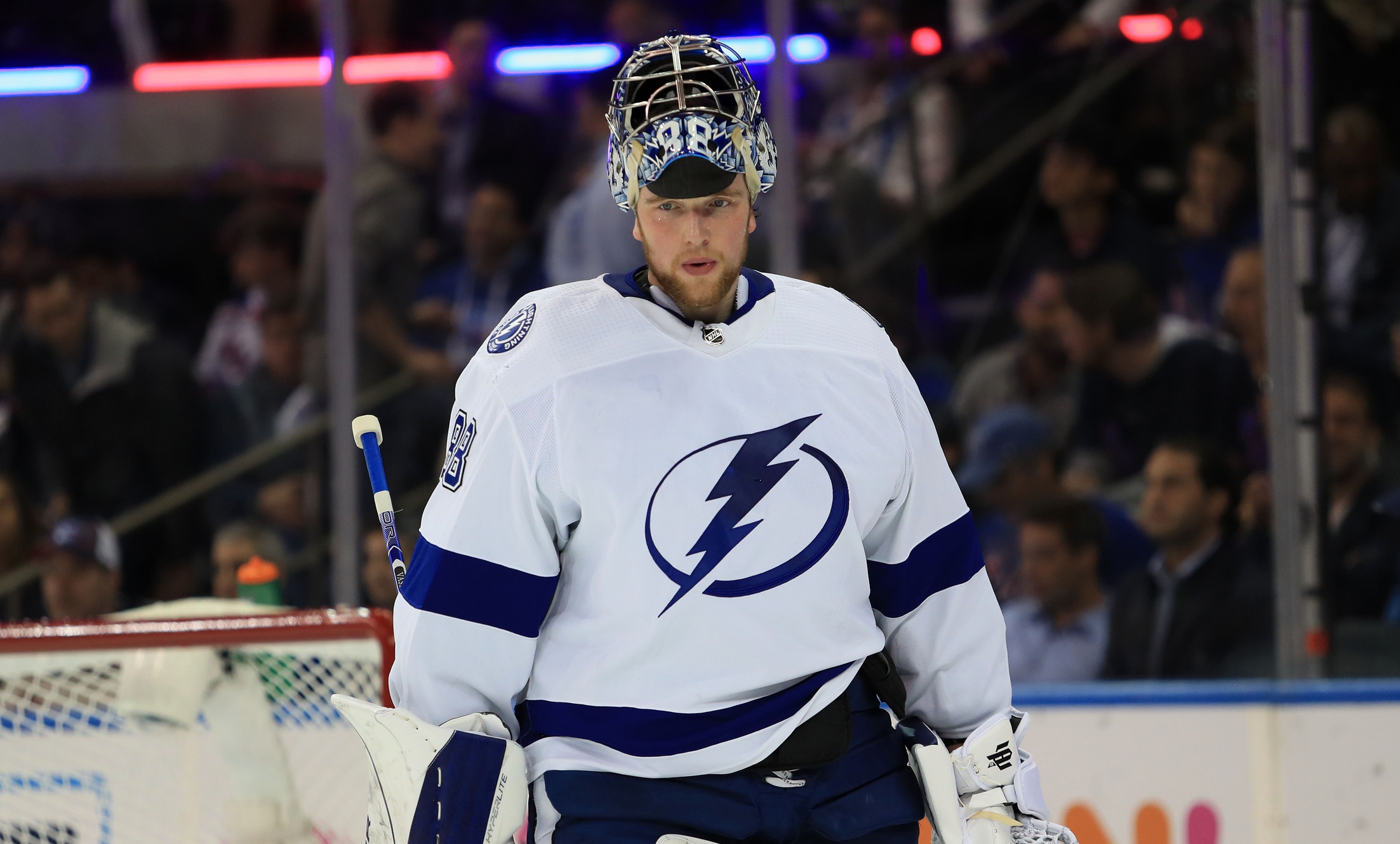 There is just one game on tonight in the NHL playoffs. We’re going to take a deeper dive into the matchup and choose a player prop we think will provide good value and will have a great chance of hitting. The game begins tonight at 8:00 p.m. ET. It’s the second game of the Eastern Conference Finals, so make sure you’re tuned in.

Along with our player props, be sure to check out our full preview of tonight’s matchup.

The Tampa Bay Lightning are now 17-0 following a loss over the last 3 postseasons. They are incredible at rebounding, and a large part of that comes from the performance of star goaltender Andrei Vasilevskiy. Vasy had an embarrassing performance in Game 1. The Lightning almost looked unstoppable after allowing just 3 goals over a 4-game sweep to the best offensive team in the regular season. Now finding themselves down 1-0, Vasy will be relied heavily upon in Game 2. He has posted a combined goals-against average of 1.47 goals in those rebound games. That’s 17 straight games of allowing fewer than two goals per game.

Despite Vasy’s poor performance in Game 1, he still stopped 28 shots. The New York Rangers are well aware of Vasilevskiy’s skillset and the way they will have to beat him is by taking a large number of shots. The Rangers totaled 34 shots on goal in Game 1, and if he can turn some of those goals allowed into saves, this line of 27.5 is seriously undervaluing not only Vasilevskiy’s talent but also the skill set of the Rangers offense. Take Vasy to record over 27.5 saves tonight. If this player prop can still hit in his worst game of the playoffs, imagine the total saves he’ll make when he has a point to prove.