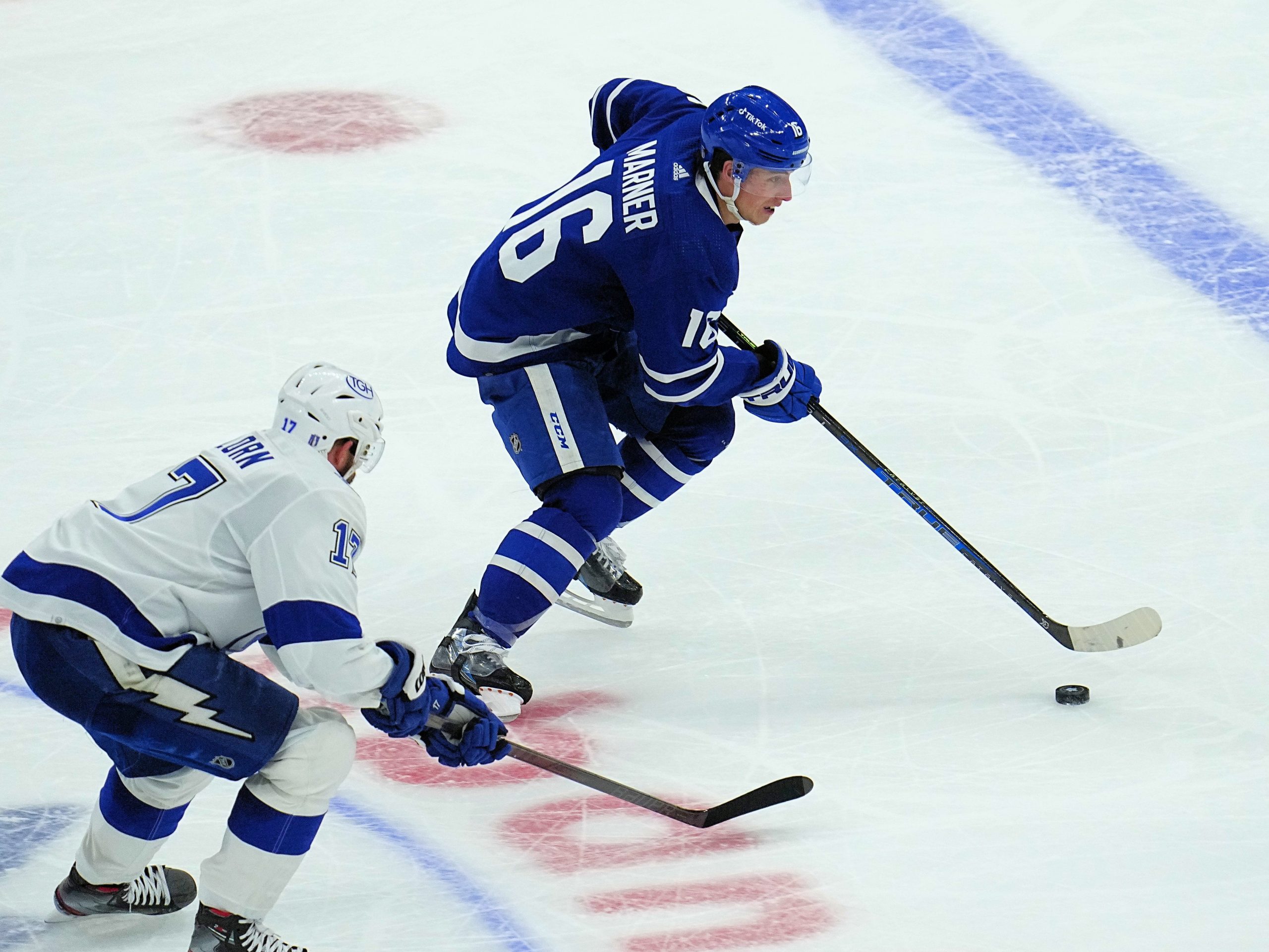 The best 2 words in all of sports: Game 7. We’re blessed with 3 of them on Saturday as the NHL Stanley Cup playoffs continue to deliver. The Hurricanes get to head back to Carolina, where they’ve looked dominant all series. The 2-time defending champion Lightning look to advance towards another Cup, but must do so in Toronto. Finally, it’s time to see if Connor McDavid can carry the Oilers to team success. With everything on the line, let’s take a look at which skaters should step up when the lights are brightest. Along with our player props, be sure to check out our full game previews for tonight’s matchups.

While Auston Matthews gets all the SportsCenter love with his goalscoring ability, many of those goals would not find the back of the net without Mitch Marner. The 25-year-old has already had 2 seasons of nearly 100 points, with 97 this season. Although he didn’t reach the century mark, he fell just 3 short while missing 10 games. That includes being rested for a game after the Leafs had clinched their playoff seed, as Marner put the team’s success above his own personal stats.

That’s not to say he didn’t put up incredible numbers this season. He ended the year with 29 games of multiple points, including a crazy 6-point performance against the Red Wings. Two of those games were against the Lightning. He continued his success against Tampa in the postseason, despite being held pointless in Game 6. That should change with the series heading back to Toronto for Game 7. The first 2 games of this series were also at home for the Leafs, and Marner recorded multiple points in each. In Game 1 he ended with a goal and 2 assists for 3 points, and Game 2 he recorded another goal and assist for 2 points. These teams have traded wins back-and-forth throughout the series –expect Marner to help lead the Leafs to a great performance on home ice in Game 7.

The home teams have dominated in this series, and Sebastian Aho should be able to help the Hurricanes to do so once again in Game 7. After the first 2 games in Carolina, it seemed as though Aho and company were on a fast track to a smooth series win. However, things changed as the series switched to Boston and it became as tight as it gets. Aho has been the most consistent skater for the Metro Division winners with his 81 points in 79 games this season.

Although he had his assist taken away due to a stat correction in Game 6, Aho should be able to dish out another and then some on Saturday. He’s no stranger to multiple-point games as he recorded 20 of them in the regular season. That includes one against Boston, where he found the back of the net for both of his 2 points. Aho also recorded multiple points in each of the last 2 games of this series that were in Carolina. In Game 2 he had 2 goals for his 2 points, and Game 5 he dished out 2 assists for his 2 points. Regardless of how he gets it done, he’s been leading the Hurricanes to crucial wins in this series. With Game 7 heading back to Carolina it’s time for Aho to put on another dominant performance.