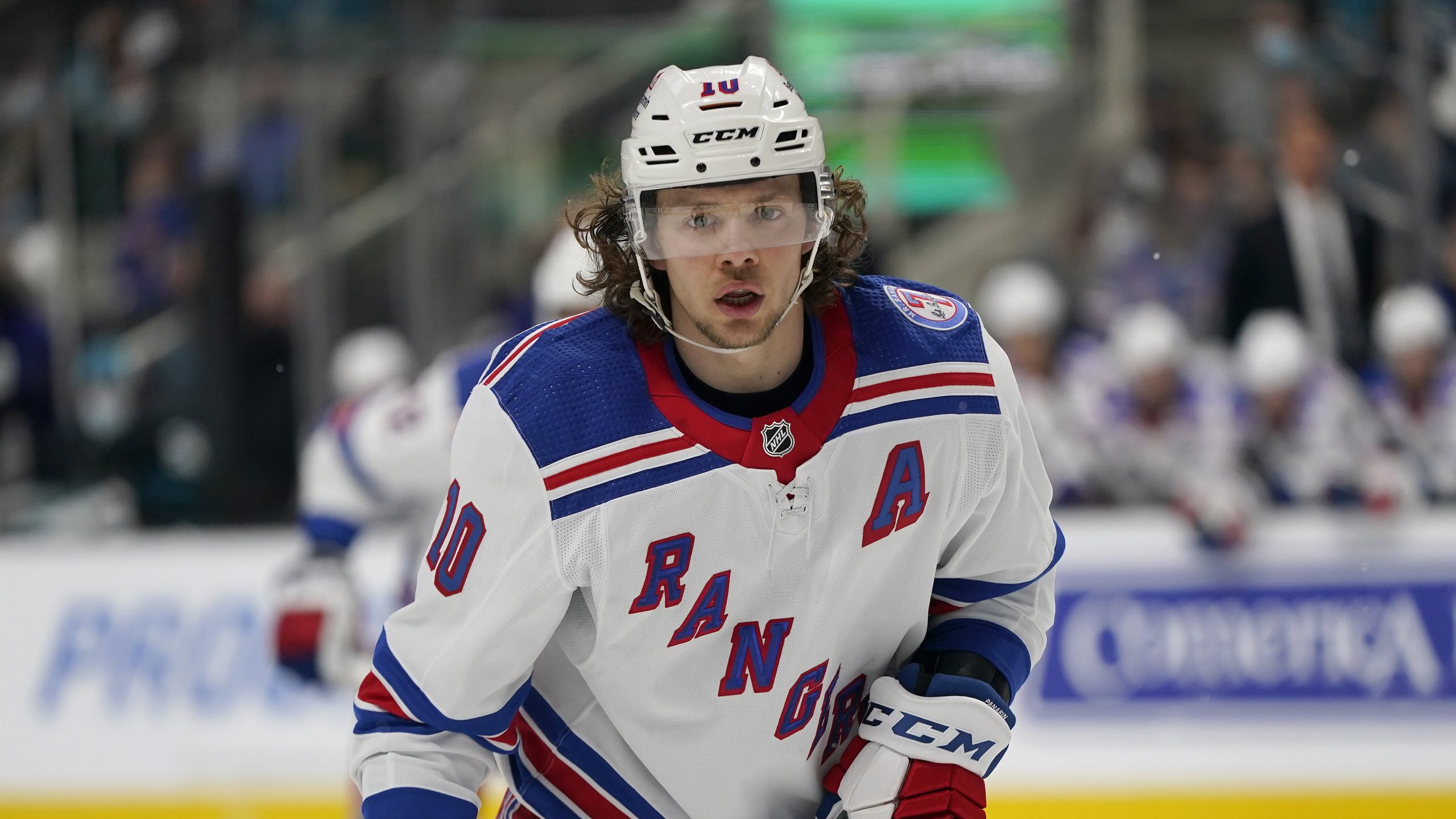 Sunday’s NHL slate provides games all through the afternoon and evening. The Rangers remain in New York looking to bounce back from a rough shutout loss from the cross-town foe Islanders in their last outing. Meanwhile, the Blackhawks look to take advantage of a league-worst Coyotes squad following a pair of losses to Stanley Cup hopefuls. Whether it’s a potential playoff matchup or two last-place teams, there is always value to be found in the player prop market.

Facing the Flyers provides value in just about any player prop market one could want to target. Philly currently allows the fourth-most goals per game and the seventh-most shots on goal per game. Focusing on their abysmal goaltending is of even greater value tonight, as they are on a back-to-back. That puts backup goaltender Martin Jones in net after Carter Hart got the nod last night against the Leafs.

While most point props are listed for the player to record a single point, Panarin’s is to record two. It’s for good reason. He currently has 80 points in 64 games — well over a point per game. It’s not just this season, either. Panarin has averaged more than a point per game for five straight seasons now. In terms of this 2021-22 campaign, he has recorded multiple points in 23 games — including a game of five points earlier this month. The Rangers as a team are in need of a bounce-back performance after being shut out against the Islanders in their last outing. Panarin should spearhead this playoff push, motivated by the fact he was held pointless last game. If motivation alone is not reassuring enough, Panarin has faced the Flyers twice this season and he has recorded multiple points on both occasions.

Be sure to check out our full game preview for Philadelphia Flyers at New York Rangers.

The Blackhawks are back at home and taking on the league-worst Coyotes — a perfect matchup for Patrick Kane to get back on track. He has been held pointless in that last two games, something that can rarely be said throughout his entire career. Kane is a perennial all-star, demonstrated by the fact he’s averaged at least a point per game in 11 of his past 13 seasons. The longtime Chicago captain has been carrying this team on his back all season. Even being held pointless the last 2 outings, he still has 79 points in 65 games.

The aforementioned matchup with the Coyotes is perfect, as they have the fifth-worst goaltending in the league — averaging 3.57 goals allowed per game. Rookie goaltender Karen Vejmelka will have to face off against Kane, and the veteran should display what years of greatness looks like. Kane has also recorded multiple points in 23 games this season, including one effort with a ridiculous six points earlier this month. Lastly, the Blackhawks have faced the Coyotes twice this season. Both of those resulted in Kane recording two assists.