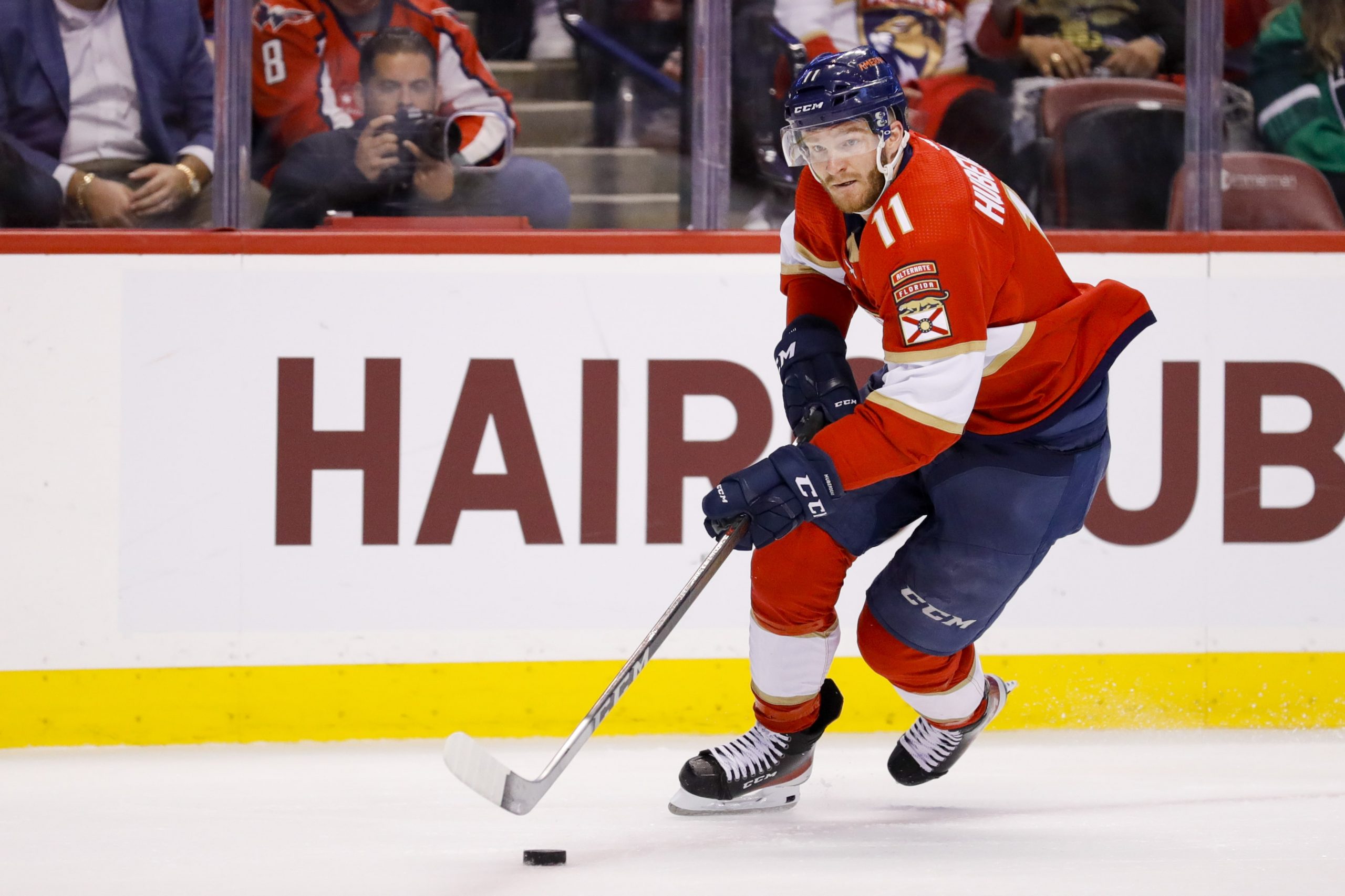 The first game of each of Thursday’s series are in the books and they were electric. We were blessed with a triple-overtime game and saw the Eastern conference favorites go down on home ice. There was a high-scoring blowout and a low-scoring battle. The Stanley Cup playoffs never fail to deliver and that should continue tonight. Let’s take a look at some perennial point-scorers and how they can bounce back. Along with our player props, be sure to check out our full game previews for tonight’s matchups.

If you’d told even the most casual fan that the Panthers would have been held to just 2 goals on home ice in Game 1, they’d have called you crazy. Worse yet, they’re in a series with the Capitals and they have their goaltending struggles. Florida hasn’t really thought twice about who is in the opposing net this season anyway. They finished the regular season with the best goal-scoring overall and at home. They averaged 4.66 goals per game in their own arena, far ahead of the 2nd-best team, the Avalanche, with 4.15 goals per game. The Panthers were able to reach that impressive mark largely because of Jonathan Huberdeau.

Not only was he a leader of the Panthers, he nearly led the entire league with his 115 points. He finished tied for 2nd for the Art Ross trophy (most points) but still was a candidate for the Hart trophy (MVP) by season’s end. This season was no fluke either; he’s averaged over a point per game for the last 4 seasons. Huberdeau being held pointless is just as much of a shock as the Panthers only scoring 2 goals. That’s only happened a handful of times this season, less than the amount of times he’s recorded multiple points. He’s had games of 2 or more points 27 times this season. The Panthers are in for a massive bounce-back Game 2; expect Huberdeau to lead the way on home ice.

For as unexpectedly high-scoring Game 1 of the series between the Penguins and Rangers was, it was just as unexpected that Artemi Panarin was not one to contribute toward the goals. The Rangers took an early lead off the backs of Chris Kreider, Mika Zibanejad and Adam Fox, but the Bread Man was held pointless. Similar to Jonathan Huberdeau of the Panthers, that does not happen often. Panarin finished the season with 96 points, tied for the 9th-most in the league. While he fell just short of the coveted 100-point season, he’s been a stud for quite some time.

He’s averaged over a point per game for the past 5 seasons, dating back to his days with the Columbus Blue Jackets. He’s been consistent through the 2022 season, recording multiple points in 28 games. For example, he had a 5-point performance against the Dallas Stars and a 4-point game against the New York Islanders, both of which are great defensive teams. Better yet, he recorded a 2-point game against the Penguins at the end of March. Since then, Pittsburgh has only experienced goaltending issues. Starter Tristan Jarry is still injured and backup Casey DeSmith left game 1 in the second overtime period. That means Panarin may be facing 3rd-stringer Louis Domingue in Game 2. Whether it ends up being DeSmith or Domingue, Panarin and the Rangers should have no issues finding the back of the net.