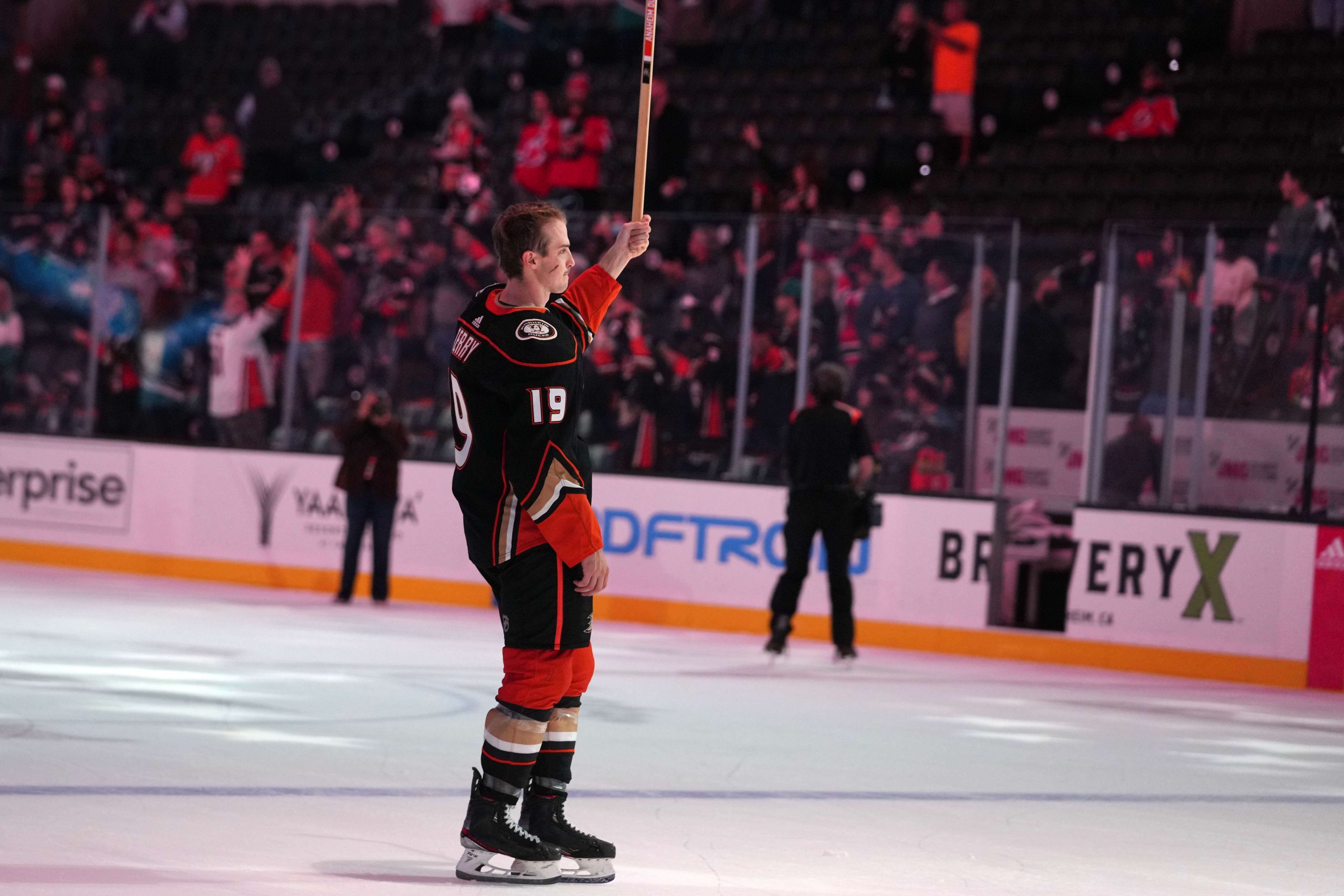 It’s a wonderful night for hockey. The NHL slate on this fine Thursday brings us 11 games, which means there are plenty of options for us bettors to consider. I have a pair of player props that I am rolling with tonight, and I will share those here. Along with these props, be sure to check out our full game previews for all 11 matchups tonight. You can also follow Pickswise and myself on Twitter for plenty of betting content throughout the season.

Anaheim’s Troy Terry is lighting up the score sheet. Playing alongside Ryan Getzlaf and Adam Henrique on Anaheim’s top line, Terry is coming into his own this season. He is riding a 12-game point streak and has 7 points (4 goals, 3 assists) in his last 4 games. Needless to say, he is in a groove. The top line as a whole is producing at a high level, as through 14 games, Getzlaf and Henrique have 12 and 11 points, respectively. Tonight, Terry and the Ducks take on the Seattle Kraken. The Ducks have won 5 games in a row, and they are looking to make it 6 tonight against a Kraken team that has been having issues on the defensive end. The NHL’s newest team is allowing the sixth-most goals per game in the league (3.36), and they have allowed 9 goals over their last 2 games. Look for Terry to lead Anaheim’s top line in what could be a high-scoring game for the Ducks here on the road.

Alexander Ovechkin refuses to age and is off to a tremendous start to the 2021-22 season. The Russian winger has 21 points (11 goals, 10 assists) in 12 games, and he tied Brett Hull for fourth all-time in goals (741) in his last game. Ovi’s success can be attributed to an aggressive offensive mindset. It’s no secret that Ovechkin likes to shoot the puck, but he has taken that to another level so far this season. He has put 60 shots on goal through 12 games for an average of 5.0 shots per game. In addition, he has put 6 shots on goal in each of his last 4 games, and has gone over 3.5 shots in 8 straight games. Tonight Ovi and the Capitals face the Red Wings. Detroit is allowing 34.4 shots per game to their opponents, which is the second-highest mark in the league. Look for Ovi to take his aggressive shooting mentality into tonight’s matchup and back the over on his shot total prop.