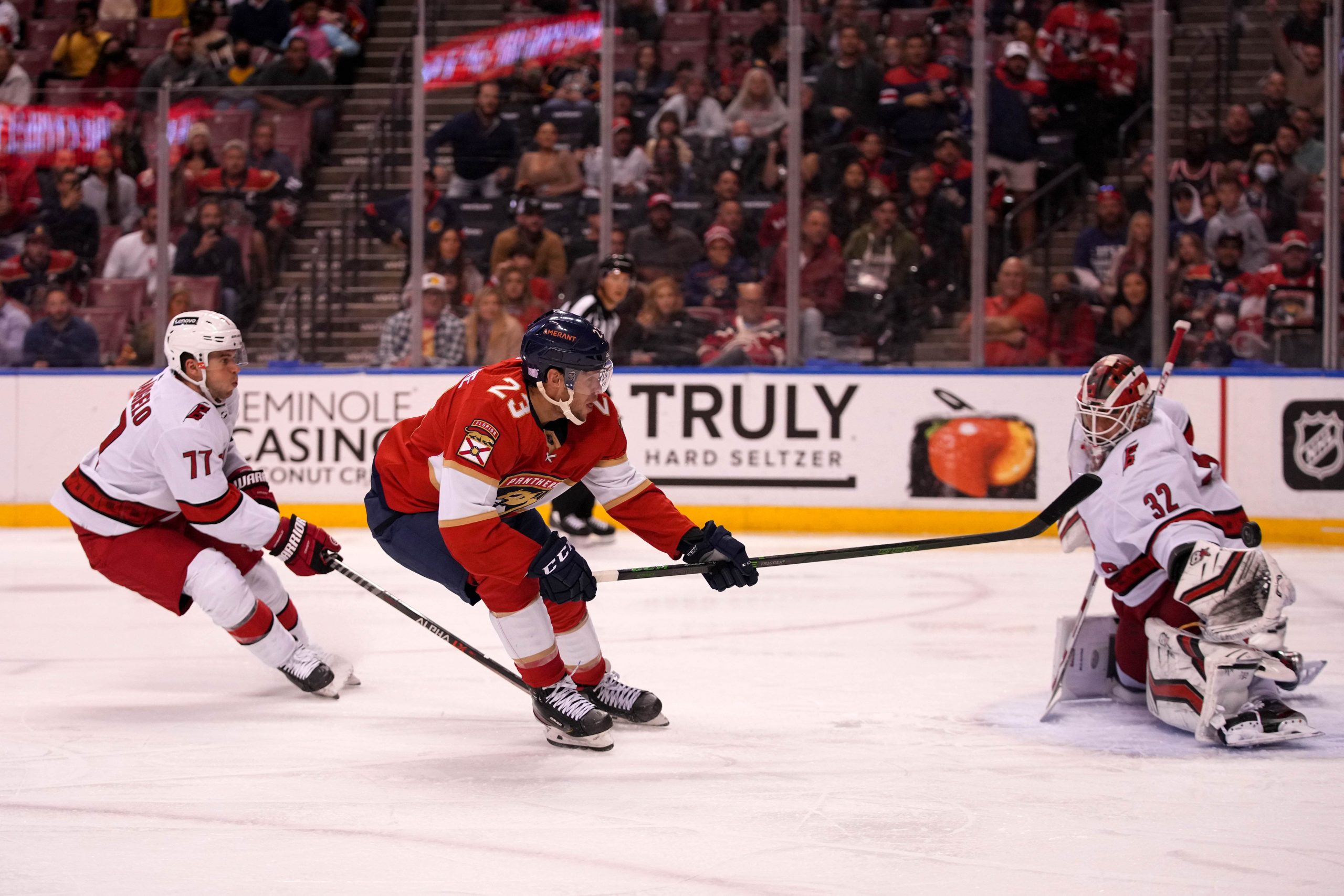 Thursday night is going to be a busy one in the National Hockey League. We have 11 games on tonight’s slate, which means there are plenty of opportunities to find some value in the prop market. We are taking a look at 2 specific plays, and breaking them down for you in this article. Along with these props, be sure to check out our full game previews for each matchup tonight. You can also follow Pickswise and myself on Twitter for plenty of betting content covering all sports.

The Florida Panthers have one of the most potent offenses in the league. Their forward depth is among the league’s best, and Carter Verhaeghe has benefitted from playing with such a talented group. Verhaeghe patrols Florida’s second line, and he has 13 points (4 goals, 9 assists) in 16 games so far this season. He has caught fire as of late, tallying 8 points in his last 8 games. He can make things happen in a variety of ways, and he is seeing a bit more ice time over the last week or so. Tonight he and the Panthers face a Devils team that has allowed 9 goals over their last 2 games.

New Jersey goaltender Mackenzie Blackwood is projected to make his fifth start of the year in this one. Blackwood has dealt with some injuries early on this season, and he has allowed 3 goals in 3 of his 4 starts. The Panthers should have an aggressive mindset tonight. Look for Verhaeghe to find the score sheet.

Be sure to check out our full game preview for New Jersey Devils vs Florida Panthers.

The St Louis Blues are currently riding a 4-game losing streak, but that’s not for a lack of effort from their first line winger. Jordan Kyrou is on a 5-game point streak, and he has collected 7 points over that stretch. On the season, he has tallied 17 points (7 goals, 10 assists) through 15 games, and is a big reason why the Blues are one of the highest-scoring teams in the league. St Louis is putting up 3.33 goals per game, which ranks seventh in all of hockey. Tonight Kyrou and the Blues face the San Jose Sharks.

San Jose will be playing their fifth consecutive road game, so they could be dealing with some fatigue. They have allowed an average of 3.00 goals per game through the first 4 games of the trip, and St Louis should have a heightened sense of urgency in this one. Projected goaltender James Reimer has been solid, but the Blues should be able to get a few past him. Look for Kyrou to provide a spark tonight.

Be sure to check out our full game preview for San Jose Sharks vs St Louis Blues.