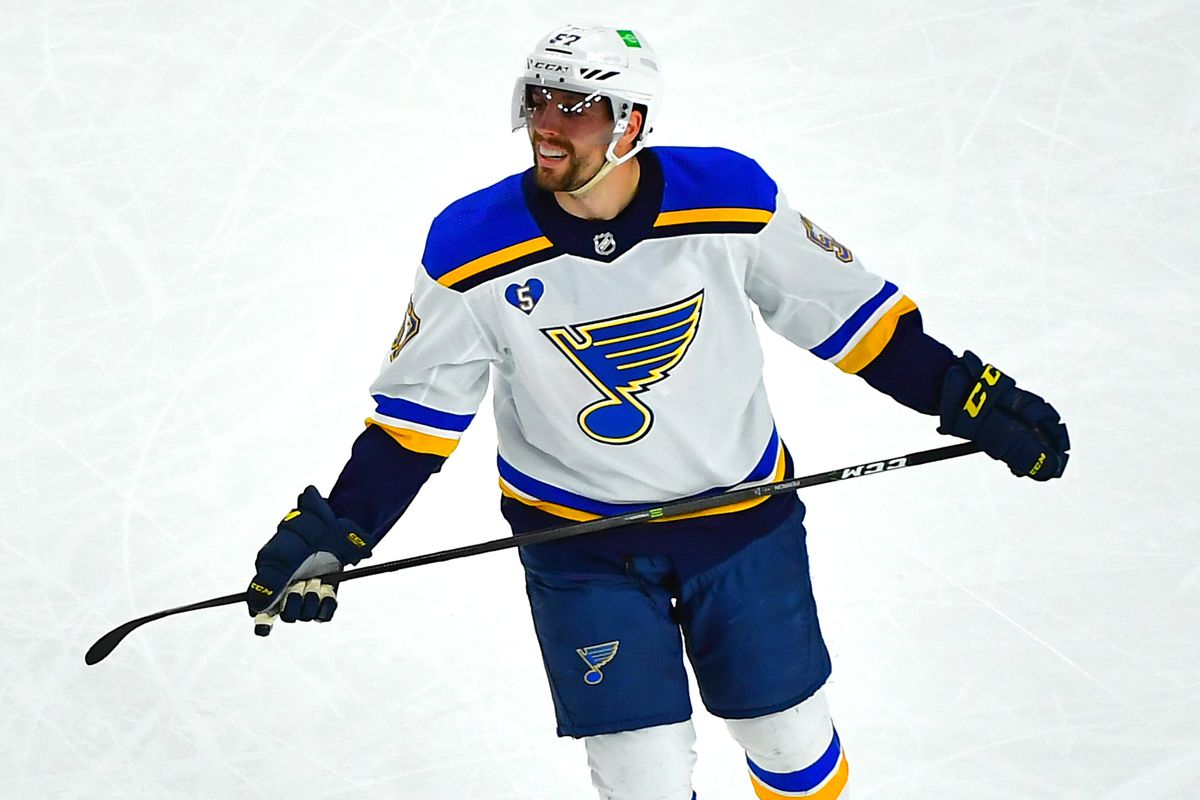 There are only two matchups in the NHL tonight. We’ll be picking one player prop from each game that we think will provide you with some value and also has a good chance of hitting. The first game starts at 7:30 pm ET, as the Boston Bruins take on the Philadelphia Flyers. The final game begins at 10:00 pm ET between the St. Louis Blues and Vegas Golden Knights.

Along with our player props, be sure to check out our full game preview for tonight’s matchups. Also, be sure to follow our main Twitter account for more daily free picks covering all sports.

Provorov has started the season with one assist through two games. He’s logged the most minutes for the Flyers this season averaging over 27 minutes a game, which is the third most for any skater in the NHL. Provorov is just 24 years old and is one of the most important defenders on the Flyers. He currently has a +3 plus/minus rating despite only having one point, which means he’s been on the ice when Philly is scoring. Considering the number of minutes he plays, his point total and plus/minus should continue an upwards trajectory. He’s coming off a pointless night on Monday, expect the young defensemen to rebound with a point tonight.

Odds of +130 provide bettors with great value when you consider the minutes he’s playing on the top pairing and the extremely skilled top nine forwards on the Flyers. Don’t consider this a lock, but if you’re hunting some value tonight Provorov over 0.5 points is a good one.

Over the last two seasons, Perron has been the Blues leading scorer. Despite being a fairly unknown name, Perron seems to perform every night. He has already gathered two points through the first two games and is looking to have his second point per game season in a row. He generated 58 points in 56 games in last year’s shortened season. In his last two years against Vegas, Perron has gathered nine points in 11 games.

He has been playing on the first line with Ryan O’Reilly, the former playoff MVP, and new teammate Brandon Saad. This is an extremely well-rounded top line for St. Louis and they get it done at both ends of the ice. Defense turns into offense for the Blues, and that should continue here against the Golden Knights. Take Perron to get over 0.5 points tonight.

Be sure to check out our full game preview for the St. Louis Blues vs Vegas Golden Knights