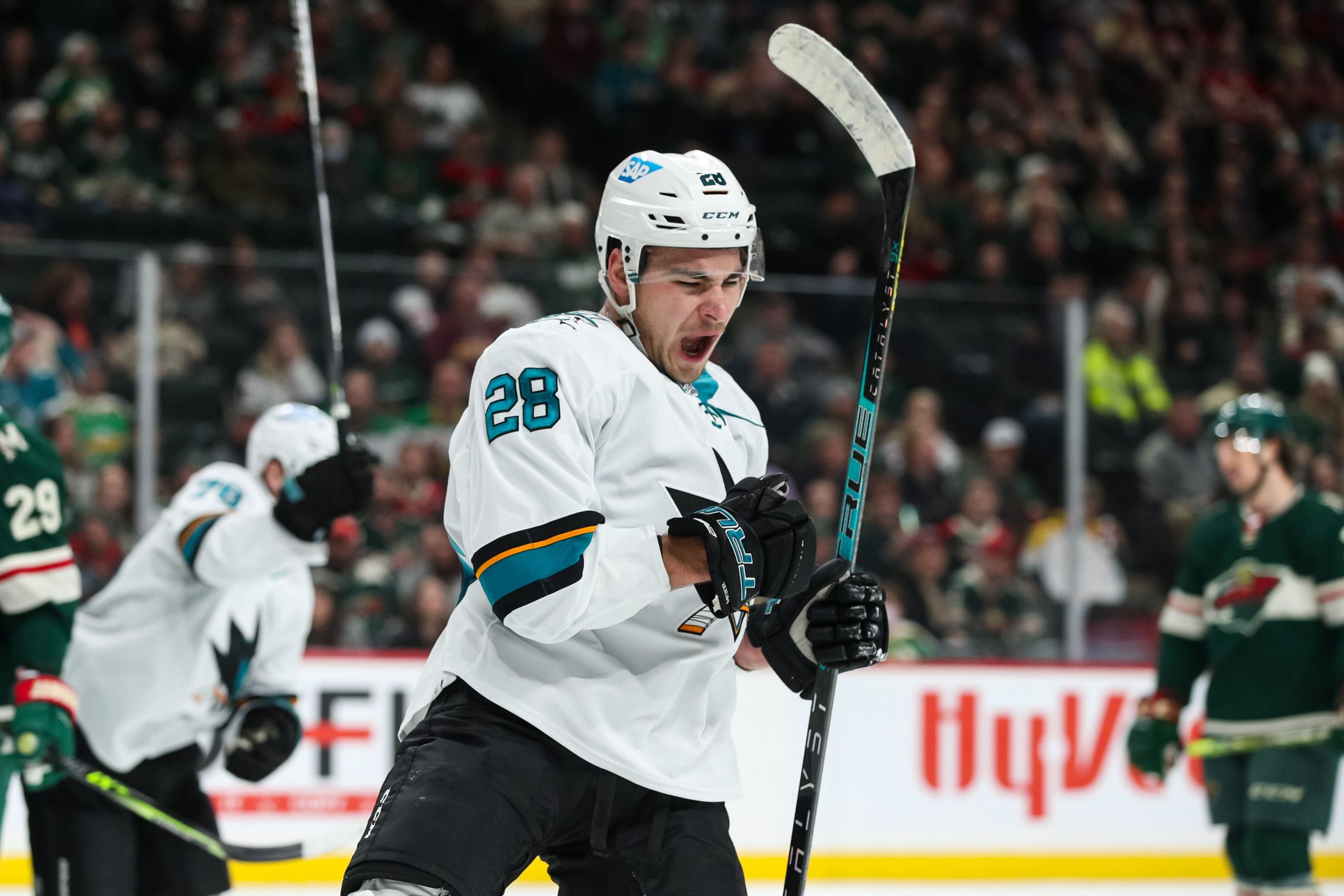 Thursday is sure to be a busy day in the hockey world. There are 9 games on tonight’s slate, which means there are plenty of betting options out there. We are taking a deeper dive into a pair of tonight’s matchups and choosing 2 player props we think have a great chance of hitting. Along with these props, be sure to check out our full game previews for all 9 matchups tonight. You can also follow Pickswise and myself on Twitter for plenty of betting content covering all sports.

Timo Meier is in a groove. The 25-year-old winger is San Jose’s leading scorer with 22 points (11 goals, 11 assists) in 17 games so far this season. He has caught fire as of late, tallying 7 points (5 goals, 2 assists) over his last 4 games. He does a great job of generating pressure, and isn’t afraid to throw pucks on net. Meier is getting plenty of ice time on San Jose’s top line, as well as their top power play unit. Overall, Meier has been a key piece in the Sharks’ better-than-expected start, and he is a big reason why they have won 4 of their last 5 games.

Tonight, Meier and the Sharks face the Islanders. Things have not gone as planned for the Isles so far this season. They enter tonight’s matchup with an underwhelming 5-10-2 record, and they have lost 8 games in a row. Usually a stingy defensive team, the Islanders are giving up 3.00 goals per game — which ranks 20th in the league. This will be their first game since last Friday, as 2 of their games this week were cancelled due to COVID-19 protocols. That means they could be a bit rusty and may not be adjusted to game speed right away. The Sharks are playing with some momentum right now, and Meier will be looking to put the pressure on early and often. Look for Meier to find the scoresheet.

Be sure to check out our full game preview for San Jose Sharks vs New York Islanders.

Makar is one of the best young defenseman in the league. He has great ability on the offensive end, and has registered 20 points (9 goals, 11 assists) in 17 games this season. Eating up nearly 25 minutes of ice time per game, Makar is always a threat to make things happen. It also helps that he has plenty of talent around him.

Makar did not register a point in his last game, but he seems to have a solid chance at bouncing back tonight. He has done a good job of doing just that, as he has gone back-to-back games without a point just once this season. That was all the way back on October 19 and 21 in his 3rd and 4th games of the season. The Canadiens are giving up the second-most goals per game in the league (3.54) and their goaltending has been shaky at best. Overall, Colorado’s elite offensive unit should be looking to have a field day and Makar figures to get in on the action.

Be sure to check out our full game preview for Colorado Avalanche vs Montreal Canadiens.