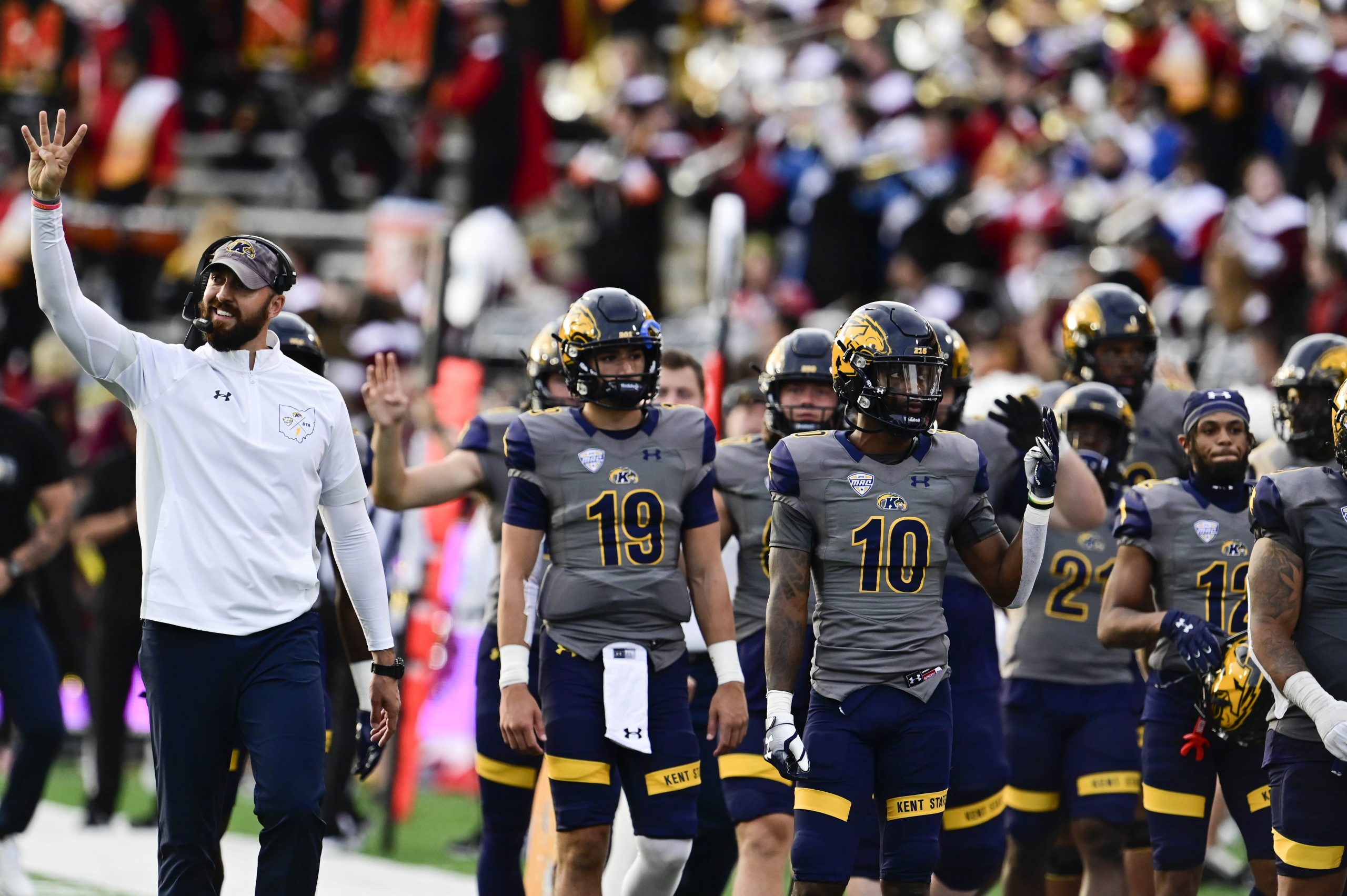 The first week of college football bowl season could not have gone any better for our underdog picks. In last week’s piece I went 2-for-2 with Utah State getting 7.5 points against Oregon State (the Aggies actually won outright) and Western Kentucky beating Appalachian State straight up. The Hilltoppers on the +130 money line was a nice winner.

Let’s keep the momentum going as the 2021 bowl bonanza continues into Christmas week! Here is a look at some more potentially profitable underdog plays.

The annual battle for potatoes will take place on Tuesday night in Boise, Idaho. Both teams have records around the .500 mark (Kent State is 7-6; Wyoming is 6-6), but they got there in very different ways. Wyoming started the season 4-0 but then dropped 4 games in a row and ended on a 2-6 stretch in its last 8 games. On the other side, Kent State finished on a 4-2 run in its last 6 and lost back-to-back games just once all season. That was all the way back in September in a pair of road contests against Big Ten opponents (Iowa and Maryland).

It’s hard to trust a team in a bowl game that finished 2-6 down the stretch, so Kent State is the recommended side. The Golden Flashes feature a fast-paced offense that can generate big plays at any time. They led the MAC and were 8th in the country in total offense, averaging 480.8 yards per game. QB Dustin Crum threw for nearly 3,000 yards and RB Marquez Cooper ran for more than 1,000. Cooper is just one of many talented ball-carriers for the Golden Flashes, as Xavier Williams ran for 842 yards and Crum ran for 633. Overall, this is a dynamic offense that can be tough to stop. Wyoming changed quarterbacks halfway through the season and new starter freshman Levi Williams threw for more than 170 yards just once in 5 starts. Kent State’s more dynamic offense can pave the way to a minor upset.

Check out our full game preview for Kent State vs Wyoming

Both Florida and UCF generally have higher aspirations than the Gasparilla Bowl, but they will have to find some motivation to perform well in this in-state matchup on Thursday night in Tampa, Florida. UCF is 8-4 and finished 3rd in the AAC. This is the Golden Knights’ 6th straight year going to a bowl game and their 10th bowl game in 12 years. The Gators are 6-6 after enduring a disappointing second half of the season. They fired head coach Dan Mullen and won just 2 of their last 6 games.

This shapes up to be a good matchup – a tough one for both teams. Florida is playing under an interim coach and has 2 of its key defensive players opting out for the draft plus 2 more entering the transfer portal. UF has had a quarterback battle all season, but in this game the starter will be Emory Jones. He has entered the transfer portal but will play in the bowl game before that happens. That’s an interesting situation, to say the least. UCF will be without quarterback Dillion Gabriel but he has not been the starter due to injury for most of the season. That’s nothing new for the Knights, whom I see being more inspired in for this contest while the Gators focus on the 2022 campaign and beyond.

Check out our full game preview for UCF vs Florida