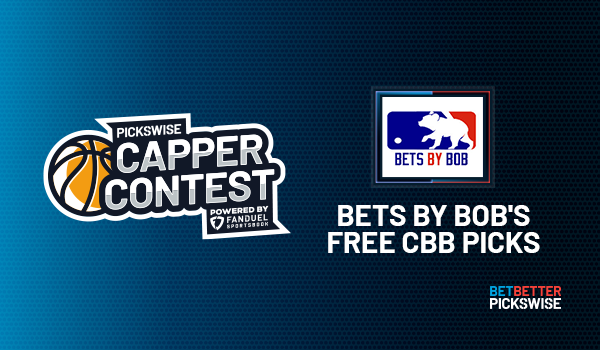 The Final Four is halfway decided, with Baylor and Houston prevailing yesterday. After a 1-1 day, with the lock of the day winning, I am still in striking range to take over 1st place in the Pickswise $10,000 Handicapper Contest, but I am going to need to make moves soon. We have two more great Elite Eight games tonight, and the tournament is quickly coming to an end, so we need to soak it all in. Let’s get some winners.

Make sure you also check out the Pickswise team’s picks on the side and total for the Elite Eight, as well as every game of the NCAA Tournament.

Michigan was able to cruise into the Elite 8 after handling Florida State with ease, and it took an overtime effort from UCLA to get past Alabama on Sunday. I am going to be on the favorite here, as the Wolverines have the edge defensively to slow down the Bruins. UCLA has been riding the hot hands of Johnny Juzang and Jaime Jaquez, but all the jump shots they settle for will be hard to get open looks against a Michigan team that will force you into plenty of contested shots. I am not sure that the Bruins will have an answer inside to stop Hunter Dickinson, and the Wolverines have found their groove again after losing Isaiah Livers for the rest of the season, and I believe they roll in this matchup.

Be sure to check out the full game preview for UCLA Bruins vs. Michigan Wolverines.

Betting against Gonzaga is never a fun endeavor, but I am going to have to do it here with this line this high. This is going to be a matchup showing the best two-point shooting team in the nation, against the team best at defending the two-point shot. The Trojans are extremely long and have the talent with the Mobley brothers to be able to slow down Drew Timme. USC has gotten red-hot at the right time, and if they are able to keep making shots as they have been, this should be a team that can test the Zags quest for perfection. I am not sure they can take them down, but I like them to keep it close here.

Be sure to check out the full game preview for USC Trojans vs. Gonzaga Bulldogs.