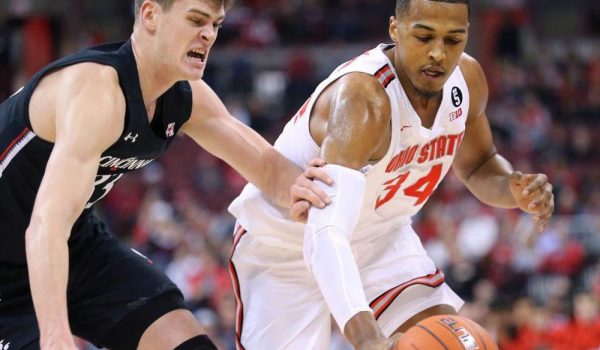 Biggest Takeaways from the 2019-20 College Basketball Season So Far

The 2019-20 College Basketball season has already provided plenty of drama already. From number-one teams losing, to the near whole top five losing in a single week, this season is only in the third week of December but it has already felt like March Madness. Plenty of impressive match-ups already this season, and many more on the horizon. Pickswise has you covered along the way with free college basketball picks. Let’s dive into the biggest takeaways so far this season.

It isn’t safe to be the number one team

This held true on the opening night of the season as preseason favorite and number one team Michigan State was upended by the second-ranked Kentucky Wildcats in New York. That victory pushed the Wildcats to the top spot, but it didn’t last long. Kentucky found itself on the losing end on their own floor only seven days later, as the Evansville Purple Aces took down the Wildcats. Duke was the next team to take the top spot, but like the previous two number ones, were upset on their own floor in overtime by Stephen F. Austin. Louisville was able to take the top spot next, and they looked to keep a hold on it for the longest, but a neutral site game at Madison Square Garden against Texas Tech was the doom of the Cardinals run at number one. Now a new number one team will look to avoid bad luck. Kansas assumes that spot, and with a tough road game at #18 Villanova up next, we could be on pace for a sixth different number one team in the first eight weeks of the season.

The Big Ten could be elite, but

The Big Ten Conference before the season had three teams in the top 25, in Michigan State, Maryland, and Ohio State. Those three remain among the top 25, but others have joined the party. Michigan, Purdue, and others have made some noise early on with upset victories over Gonzaga and Tar Heels for the Wolverines, plus Purdue added a huge win over Virginia in the ACC-Big Ten Challenge, but now that the calendar hit December, Michigan has found itself losing three of its last four games. Not to mention the Big Ten only has one unbeaten team in the conference standings so far through two early Big Ten games for each team, the last remaining unbeaten is Michigan State who goes on the road to Northwestern looking to be the only team to reach 2-0 on the Big Ten. The Spartans will hope to avoid the recent struggles of Big Ten teams on the road, as the past couple weeks have seen three top Big Ten Teams go on the road and suffer a loss. A win by Northwestern over MSU and every Big Ten Team will be tied at 1-1 in the Conference.

The ACC is Louisville, Duke and who else?

Louisville and Duke look to be the best teams coming out of the ACC, as both have only one loss on the season. Virginia looks to be the third contender from the conference, as they also only have one loss so far, but it wasn’t pretty as they went to Purdue and couldn’t get it done. North Carolina looked to be in prime position to be a threat this season, but now they find themselves at 6-4 overall, and possibly without guard Cole Anthony. The Heels could be in trouble. Virginia Tech picked up one of the best wins during the holiday tournament period, as they took down Michigan State, but since the Hokies dropped three straight games, including their last two games in Maui against Dayton and BYU, before getting blown out on their own floor by Duke. Plenty of season to go, but the ACC best chances, look to lie with the Cardinals, Blue Devils, and Cavaliers.

The PAC-12 can’t be overlooked

The PAC-12 was almost laughable last season, as they sent just three teams to the NCAA tournament, which was better than the projection of just one not too long before the conference tournament played out. The Oregon Ducks ended up being the PAC-12 best team as they reached the Sweet 16. This season the conference looks 10 times better, as every team has at least won six games to this point. They also currently have three teams inside the top 25, as Oregon, Arizona, and Washington each have picked up some very important wins so far. The Ducks might have the best victory as they were able to take down the 5th-ranked Michigan Wolverines in Ann Arbor. Arizona has two losses against Baylor and Gonzaga, who are each in the top 10. Washington adds a couple of strong wins over the 21st-ranked Tennessee Volunteers, and the 10th-ranked Baylor Bears. The PAC-12 sure looks far better than they did a year ago at this time.

The unbeaten mark stands at only four in College Basketball in 2019-20. Yes, that’s right only four teams remain unbeaten. And only one is from the power conferences. The Auburn Tigers (9-0) have found a way to remain with a 0 in the loss column even with having to replace three starters. San Diego State (10-0), Liberty (12-0) and Duquesne (9-0) are the only other teams who have yet to lose this season. Of these teams, the Aztecs might have the real chance of making it through the rest of December without a loss, as their hardest game is against the Utah Utes in the Basketball Hall of Fame Classic. How many can survive, this season has been crazy and like being number one is hard, staying unbeaten isn’t an easy task either.