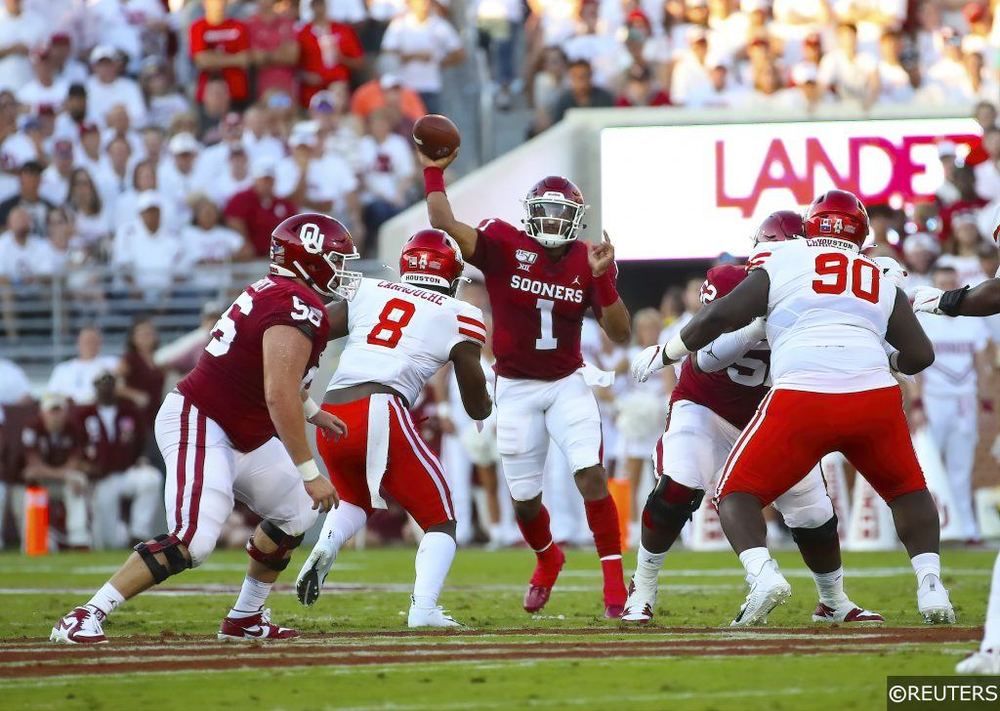 Since graduating from Davidson (The College That Stephen Curry Built), I have been writing about sports--just about any and all you can think of!--and coaching tennis in Atlanta, Ga. Beyond the four major sports, I am an avid tennis fan and cover the ATP Tour on a daily basis. If I'm not busy writing, you can generally find me on a tennis court or traveling the world wherever a sporting event takes me.
@Dimonator133
Updated: 12:36 PM ET November 20, 2019

The College Football Playoff committee did not change its top four teams in any way shape or form this week. That means there’s nothing to talk about, right?

There is still plenty of time for chaos even though LSU, Ohio State, Clemson, and Georgia continue to hold down the fort in the four all-important ranking spots. If the first three teams on that list remain undefeated, they are obviously heading to the playoff. Georgia would be a lock if it runs the table and finishes as a one-loss SEC champion—complete with a victory over LSU in the conference title game.

That scenario is the one none of the other one-loss teams wants, as the Tigers would still likely remain in the field of four. No, the likes of Alabama, Oregon, Utah, and Oklahoma would much prefer LSU to hand Georgia a second loss and open the door to the No. 4 seed in the CFP. If the Bulldogs lose again (they previously fell to South Carolina), the Crimson Tide, Ducks, Utes, and Sooners could all make a case.

At No. 5 in the rankings, Alabama stands to gain the most if one of the top four teams falters—especially if that one team is Georgia, Clemson, or Ohio State. Now that quarterback Tua Tagovailoa is out for the year following hip surgery, however, the Tide are no longer an obvious choice ahead of fellow one-loss teams Oregon, Utah, and Oklahoma. If the committee does what it’s supposed to and takes the four “best” teams, it cannot easily say that ‘Bama is “better” than those other three squads when Tagovailoa isn’t under center.

Utah will face Oregon in the Pac-12 Championship if it takes care of business in its last two games against Arizona and Colorado, the two worst teams in the South Division. Check out our college football predictions throughout the remainder of the season. If both the Utes and the Ducks win out en route to that head-to-head showdown, the winner will be in contention…. Again, that’s only if Georgia, Clemson, or Ohio State stumbles. The Ducks have a slightly tougher schedule the rest of the way in the form of Arizona State and rival Oregon State. At the same time, though, a couple more quality wins could be crucial in the committee’s eyes.

Oklahoma, which had already suffered one loss to Kansas State, appeared to see its National Championship hopes come to an end when it trailed Baylor 28-3 midway through the second quarter and 31-10 at halftime last weekend. Instead, quarterback Jalen Hurts channeled his inner Tom Brady and led the Sooners to a 34-31 comeback victory over the Bears. If head coach Lincoln Riley’s team runs the table, it would boast an impressive resume with a 12-1 record and four top-25 wins (presumably over Baylor twice following a rematch in the Big 12 Championship).