Breaking down the biggest games of Thanksgiving rivalry week 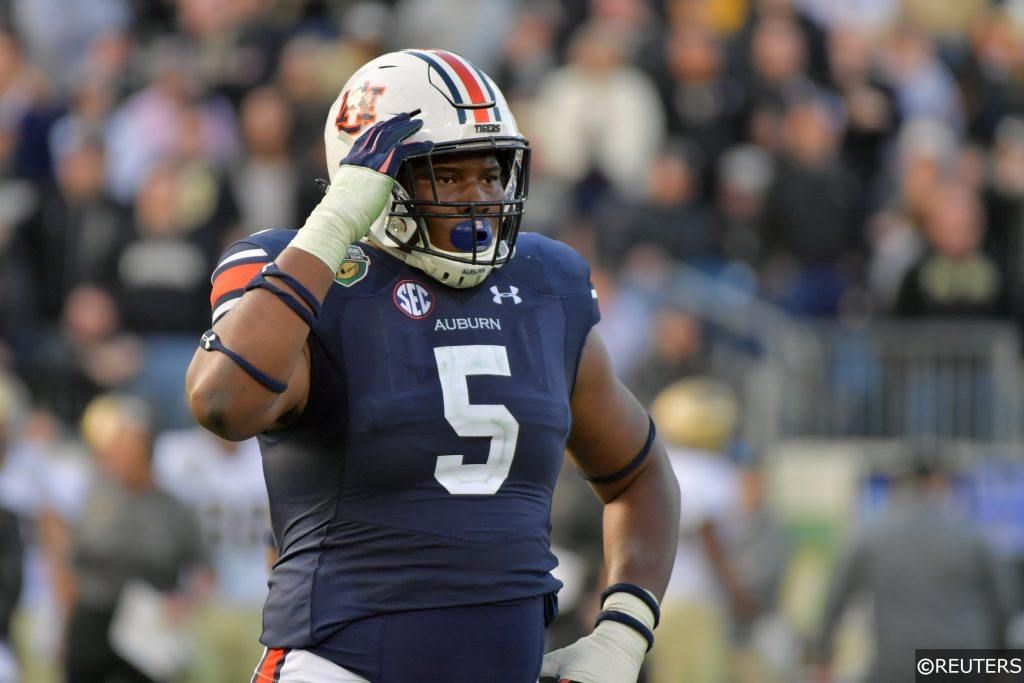 Since graduating from Davidson (The College That Stephen Curry Built), I have been writing about sports--just about any and all you can think of!--and coaching tennis in Atlanta, Ga. Beyond the four major sports, I am an avid tennis fan and cover the ATP Tour on a daily basis. If I'm not busy writing, you can generally find me on a tennis court or traveling the world wherever a sporting event takes me.
@Dimonator133
Published: 13:39 PM ET November 27, 2019

Outside of Christmas through early January, this is the most wonderful time of the year for college football. It’s rivalry week, starting on Thanksgiving and continuing through Saturday—three days of an absolute pigskin extravaganza. Beyond bragging rights, stakes are especially high this time around in the form of division titles and (as always) National Championship contention.

Alabama vs. Auburn and Ohio State vs. Michigan once again highlight the festivities, but those showdowns certainly are not alone in whetting the appetite of football fans.

This is a rare Iron Bowl occasions on which neither Alabama nor Auburn has a chance to win the West Division and go to the SEC Championship. LSU stuck a fork in both teams, but the Crimson Tide are certainly still in the running for a College Football Playoff berth with only one loss. A second, of course, would end those hopes. Tua Tagovailoa is done for the season, but sophomore backup Mac Jones is more than capable of running the Tide’s ship. As for the inconsistent Tigers, they have alternated wins and losses over their past seven games. Take a look at our college football expert picks for every big game this week.

Michigan has not defeated Ohio State since the Jurassic Era—well, 2011 to be exact. And that is the Wolverines’ only win since 2003. It is hard to see anything different taking place in 2019, as Michigan is a +9 underdog despite playing in Ann Arbor. Head coach Jim Harbaugh’s squad has suffered losses to Wisconsin (by 21 points) and Penn State. Led by quarterback Justin Fields, the Buckeyes are 11-0 and have won all of their games by double-digits—including three against top-25 opposition. Fields has thrown for 2,352 yards with 33 touchdowns and just one interception to go along with 445 rushing yards and 10 more scores.

Upstart Minnesota was the toast of the town in college football when it improved to 9-0 with a victory over Penn State on Nov. 9. Following their 23-19 loss to Iowa one week later, the Golden Gophers cannot afford another slipup if they want to have any prayer of getting into the College Football Playoff. And they have to beat Wisconsin on Saturday for a spot in the Big Ten Championship against Ohio State. The West Division all comes down to this meeting, as Wisconsin is one game behind the Gophers at 6-2 in the conference but would obviously hold the head-to-head tiebreaker with a win.

It’s unlikely that anyone has a chance against Clemson in the ACC Championship…but, hey, just getting there is a decent accomplishment by the standards of any team playing in the moribund Coastal Division. That will go to the winner of Saturday’s in-state rivalry battle between Virginia Tech and Virginia. Both teams are a solid but unspectacular 5-2 in the conference, which is good enough to top the division ahead of Miami (FL) and Pittsburgh (both 4-3). Tech has won an unbelievable 15 straight contests at UVA’s expense—and 19 of the last 20. The Hokies are -2.5 road favorites this weekend, so a 16th straight victory is by no means a lock.