HomeAnalysisNBA AnalysisBreaking down the 10 biggest NBA free agents this offseason

Breaking down the 10 biggest NBA free agents this offseason 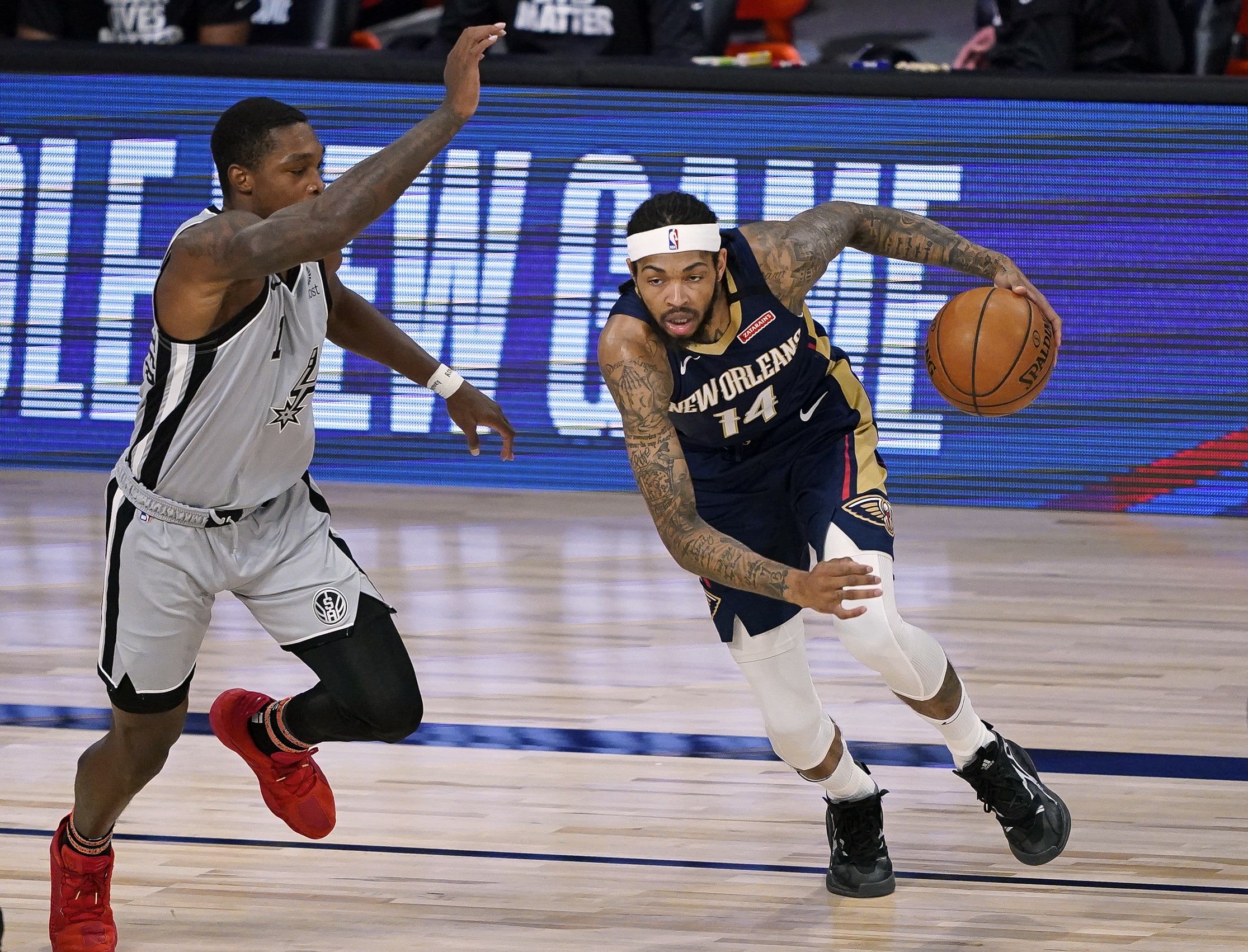 I'm an editor here at Pickswise who was raised in a household full of sports fanatics. Since I unfortunately never had LeBron James' jumping ability I wasn't able to make it to the NBA, and chose writing about sports as the next best thing. An avid sports bettor myself, I'm excited to get to write about the industry as it gets set to take off across the country. Buckle up.
Updated: 4:31 AM ET October 16, 2020

As soon as the Los Angeles Lakers clinched their championship against the Miami Heat, all eyes around the NBA world turned to the offseason. The NBA offseason is the most exciting in all of sports, and it often beats the actual games themselves.

The drama and storylines are thrilling, and this year could be crazier than ever before with how the pandemic has impacted teams’ planning. There’s less cap space to go around than usual, and as such we could see some great players sign cheaper deals to land with contending teams.

Without further ado let’s dive into ten of the biggest names on the market, and where they could be heading:

Ingram might have the highest upside of any of the available players. The second overall pick of the 2016 draft, Ingram just turned 23 last month and is coming off a breakout season that saw him earn an All-Star selection. Ingram is a restricted free agent, so New Orleans will have the chance to match any offer he receives on the open market.

The Pelicans are entering a new regime after head coach Alvin Gentry was fired, and it’s possible that the new power structure decides Ingram isn’t the best long-term fit next to Zion Williamson. If that’s the case and New Orleans decides not to match a massive offer sheet, then Ingram will have a host of suitors. Not many teams are going to have the cap space for the kind of money he’s looking for, and if he does leave New Orleans he’d likely have to leave for another non-contending team that has the money to pay him.

VanVleet might be the biggest of all the unrestricted free agents. He only made around $9 million this past season and after averaging north of 17 points and six assists, he’s in line for a big raise. Unfortunately if you’re a fan of another team hoping to add the talented guard, it looks likely that he’ll end up re-signing in Toronto.

Raptors front office head Masai Ujiri said recently that re-upping VanVleet was a priority, and head coach Nick Nurse said a few weeks ago that he expects the point guard, who was so instrumental in their title run two seasons ago, to be back with him next year.

Harrell is perhaps the case I’m most interested to see play out. A few months ago, it was looking like Harrell was a lock for a huge contract and potentially upwards of $20 million annually. Then the bubble happened. Harrell struggled mightily in the playoffs, and saw his playing time reduced by head coach Doc Rivers.

He was exposed defensively as the whole world watched him struggle to guard Nikola Jokic in their series against the Nuggets. The performance was so bad that just about everybody seems to think it will impact his value on the market. The reigning Sixth Man of the Year may want more than Los Angeles is willing or able to pay, and it wouldn’t be surprising at all if he’s not back with the Clippers next year.

I could easily see Harrell landing with the Hornets, who would be able to pay him more than most teams and are also looking for a center.

With Billy Donovan leaving the Thunder and a Chris Paul trade a possibility, it looks like Oklahoma City could be headed toward somewhat of a rebuild. That would mean they’d likely pass on giving the 32-year-old Gallinari a big deal.

There aren’t many players of Gallinari’s size who can shoot the three like he does though, which will make him a hot commodity if the Thunder let him walk. When speaking to Sportando recently from Italy, Gallinari acknowledged that he isn’t getting any younger and indicated he’d prefer a place he could win a championship rather than simply the best contract offer.

Gallo has never won a playoff series before, and since the Heat are the only contending team that could have big cap space, Miami would make some sense. They nearly traded for him this past season, so there’s definitely history there.

Ibaka is a veteran with big-game experience, and would certainly be of interest to some contending teams. He could take a $9.3 million mid-level exception from a contending team, but the most likely scenario is that he ends up back in Toronto on a one-year deal for more money.

Bertans is an interesting case, since he came out of nowhere to establish himself as a prized free agent this past season. In his career year with Washington he shot 42.4 percent from downtown while averaging 15.4 points per game, and as we’ve seen outside shooting is absolutely essential in the playoffs. He sat out the Wizards’ bubble run to preserve his health for free agency, so I highly doubt he’s back with Washington next year. If your team is in need of shooting, you should be hoping they land Bertans.

Coming off the run he just had with the Heat, as well as his foot injury, I doubt Dragic goes anywhere this offseason. There’s a chance he might be looking for one last long-term payday at the age of 34, but I think he most likely ends up back in Miami on a short-term pact.

Bogdanovic is another intriguing restricted guy. With the Kings already having long-term commitments to Buddy Hield and De’Aron Fox in the backcourt, it wouldn’t surprise me if they let Bogdanovic walk if he gets a big offer sheet. With his shooting ability he seems like exactly the type of player someone will overpay with a big offer sheet, likely from a small market team that can’t otherwise land big free agents.

What a story Anthony was this past year in Portland. After being out of the league for a while he successfully rehabilitated his stock, and he might be inclined to run things back with the Blazers as a result. That being said he’s also toward the very end of his career, and might be looking to make one more run with a title-contending team. It sure would be fun to see him team up with close friend LeBron James in Los Angeles.

The Clippers may want to bring Morris back, especially if Harrell leaves like I expect, but Morris might be looking to cash in following his career season. He was averaging nearly 20 points per game before getting traded from the Knicks to Los Angeles, and his role was greatly reduced with the Clippers.

It wouldn’t surprise me if he was looking to go somewhere he could be a bigger part of the offense. Due to the lack of money on the market, Morris might be forced to settle for someone’s mid-level exception. If that’s the case, I could see a team like the Bulls being interested, as they could certainly use his toughness and intensity. Any rebuilding young team could use a veteran like Morris to set the right tone on the court and hold guys accountable.

Need some football to tide you over until the NBA is back? Make sure to check out our ‘NFL Picks‘ tab for free breakdowns and picks on every NFL game.