HomeAnalysisNFL AnalysisBurrow looks like a lock for No. 1, but what about Tua?

Burrow looks like a lock for No. 1, but what about Tua? 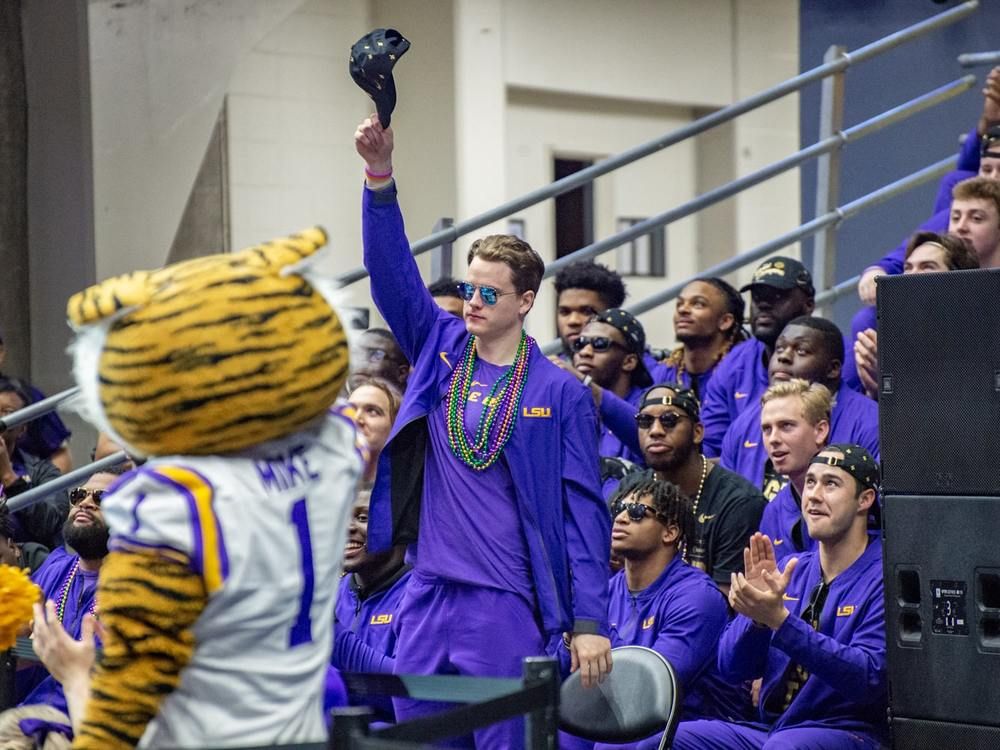 “Look, this is a long process,” Burrow noted. “The Bengals have their process that they have to go through, and I have my process. We haven’t even gotten to the combine yet. There’s a lot of things that happen leading up to the draft and a lot of information gathered.

Is Burrow on to Cincinnati?

Burrow’s noncommittal comments are not expected to have any impact on the Bengals’ thought process. The 2019 Heisman Trophy winner, who led LSU to the National Championship this season, has been considered the likely No. 1 overall pick in the 2020 NFL Draft ever since he soared into stardom at the same time Alabama quarterback Tua Tagovailoa was dealing with a serious hip injury. As it stands now, Burrow is an overwhelming -3000 to be the top pick. Of course, that doesn’t have to be to the Bengals; they could trade out and stockpile picks at the expense of some other team that is desperate for a new franchise QB.

Things could get interesting after Cincinnati presumably kicks off the draft festivities by taking Burrow. The Washington Redskins are expected to snag Ohio State defensive end Chase Young with the second pick, but the Miami Dolphins could be tempted to climb from No. 5 to No. 2 just to guarantee their ability to draft Tagovailoa. Washington, the Detroit Lions (third), and New York Giants (fourth) do not need quarterbacks, but Miami may feel the need to move up simply to prevent other teams from doing the same. Any other squad jumping the Dolphins on the draft board to take Tagovailoa is +200.

The Los Angeles Chargers are one of the teams in the mix for a QB after parting ways from veteran Philip Rivers. They do not necessarily have to move up, though, as former Oregon signal-caller Justin Herbert could be available with the No. 6 selection. The Chargers are -160 to draft a quarterback in the first round.

It is also worth paying attention to the latter stages of round one, where the New England Patriots are armed with the No. 23 pick. Regardless of Tom Brady’s 2020 status with the Patriots, they obviously need a quarterback of the future—if not for the immediate present. New England is +200 to go in that direction with its first selection this spring. Candidates include Utah State’s Jordan Love, Washington’s Jacob Eason, and Georgia’s Jake Fromm.