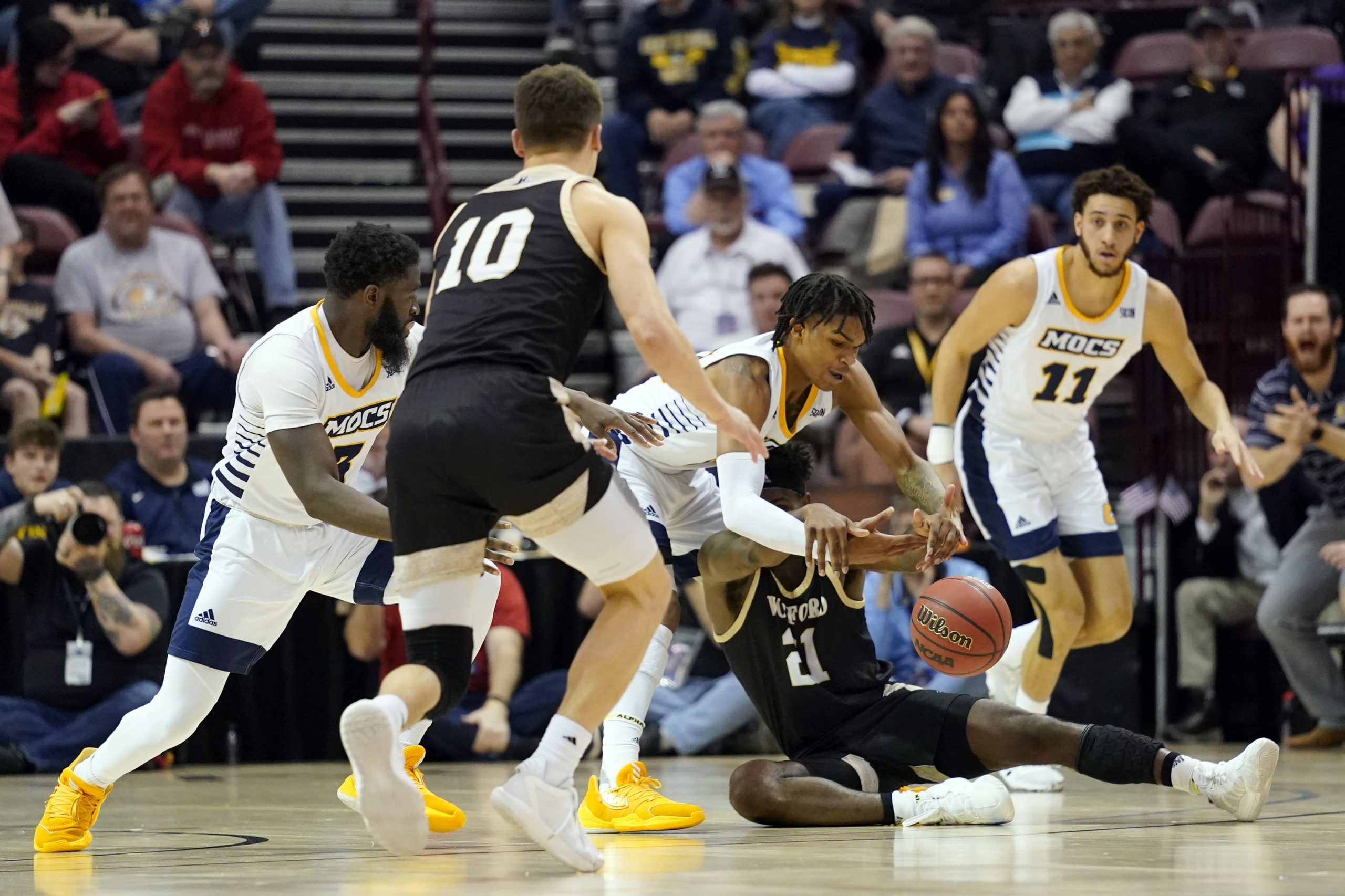 The college basketball regular season is over. NCAA Tournament bids are already being handed out. March Madness is here – at least in the form of a precursor to the madness of the Big Dance. A new week on the hardwood tips off with some mid-major conference tournament action before the big boys join in the party starting on Tuesday.

Let’s take a look at our three-team mega parlay for Monday.

College of Charleston is coming off a 92-76 win over Hofstra in the quarterfinals of the CAA Conference Tournament. Nobody on C of C is averaging more than 14.4 ppg (senior John Meeks). UNC Wilmington, which tied with Towson for the best record in CAA conference play, defeated Elon 75-58 to each the semis. The Seahawks began conference play 9-0 and rank within the top 5 of the CAA in points, 3-point percentage, and free-throw percentage while leading the conference in free-throws made and attempted. Their offense is led by 6’6” senior Jaylen Sims, who ranks 3rd in the conference with 15.7 ppg while grabbing a team-high 5.7 rpg. Mike Okauru and Shykeim Phillips are scoring 12.8 ppg and 11.4 ppg, respectively. UNCW has been the more consistent team this season and getting them as a slight underdog has good value. After all, the ‘Hawks already lead the 2021-22 head-to-head series 2-0.

Check out our C of C vs UNCW preview

The top seeds held their ground in the Southern Conference, and No. 1 Chattanooga will meet No. 2 Furman in the tournament championship on Monday night. On Saturday the Mocs survived 71-66 against a scrappy Citadel team. They followed that up with a convincing 79-56 win over Wofford in Sunday’s semis. Meanwhile, Furman beat Mercer 80-66 on Saturday and battled back in the second half to overcome Samford 71-68. Chattanooga is 2-0 against Furman this year, winning by 2 points on the road in January followed by a 6-point home win in February. What makes these wins impressive is the fact that Chattanooga was missing a starter in both games. In January, senior point guard David Jean-Baptiste did not play, while senior starting center Silvio De Sousa and backup forward KC Hankton missed the second game against the Paladins. All signs point to the Mocs sweeping the season series and punching their ticket to the Big Dance.

Check out our Furman vs Chattanooga preview

The Broncos and the Gaels will meet for the 3rd time this season as we enter the semifinals of the WCC Tournament. Santa Clara advanced after easily dispatching Portland behind 24 points from leading scorer Jalen Williams, who his team to 53.4% shooting from the field. The Broncos feature a lineup with 4 players who average double-figure scoring numbers, and they make 49% of their shots as a team (6th nationally). In their its win over Saint Mary’s a month ago, Santa Clara shot 55.4%. The Gaels have not played in more than a week and rust has to be a concern, but they were hot to end the regular season. They won 4 straight games to close the campaign, and 3 of those came against San Francisco, BYU, and Gonzaga. With the Zags likely awaiting the winner of this one in the championship, it wouldn’t be a shock to see Saint Mary’s get caught looking ahead. Obviously Santa Clara could, too, but it’s more of a concern for the Gaels. Don’t be surprised if the Broncos win this proverbial rubber match.