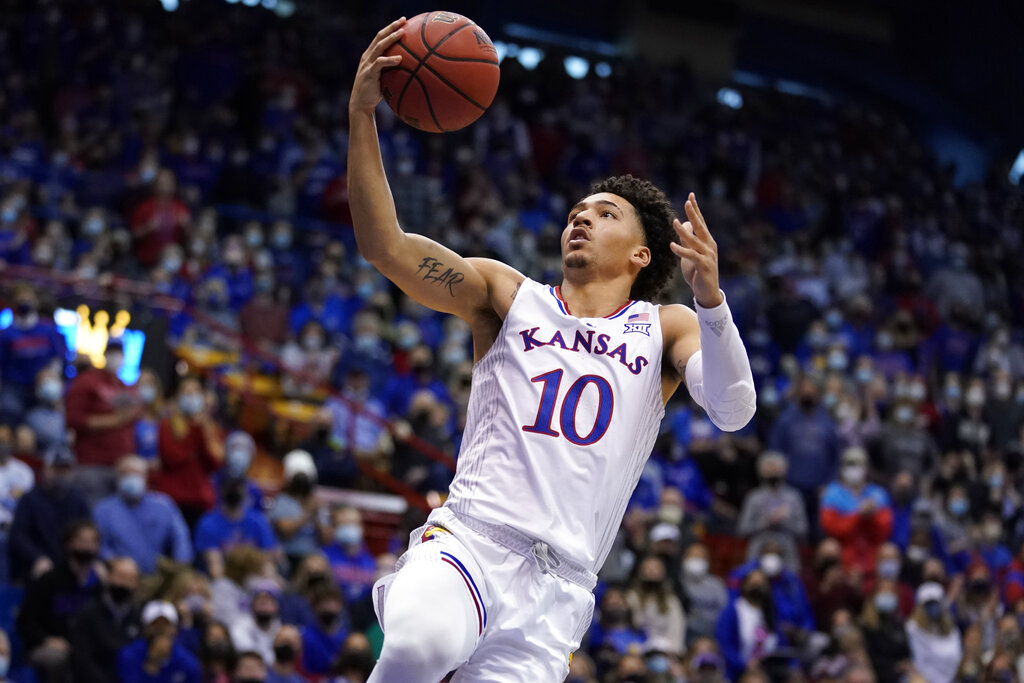 We don’t have a particularly large Monday slate in college basketball, but what it lacks in quantity in delivers in quality. A double-header on ESPN begins with Duke hosting Virginia before Kansas pays a visit to Texas. Meanwhile, an in-state rivalry game in the Pac-12 pits Arizona against Arizona State, with the Sun Devils looking to build on a big upset of UCLA.

Let’s take a look at our three-team mega parlay to tip off the week. We hit four standard parlays this past week, so let’s keep the momentum going!

For this parlay we are going with two favorites against the spread – one on an alternate number – and one underdog plus the points.

The 9th-ranked Blue Devils are coming off an 87-67 win over rival North Carolina on Saturday. That isn’t really surprising given North Carolina’s struggles against stiff competition (Duke -3 was one of our best bets of the day). The Devils have only two guys averaging in double-figures, however, so as usual they aren’t particularly deep. Virginia is fresh off a 71-58 home win over Miami (FL) this past weekend. The Cavaliers improved to 8-5 in the ACC and have won their last 2 games by an average margin of 12.5 points. UVA’s offense is led by 6’7” senior Jayden Gardner, who is averaging 14.3 ppg and a team-high 6.8 rpg. Armaan Franklin is the only other player scoring in double-figures with 12.3 ppg. In the last 5 head-to-head meetings in Cameron Indoor Stadium, Duke has only defeated Virginia by an average margin of 2 points. Look for the visitors to slow down the pace of play and keep this low-scoring game close.

Be sure to check out our Virginia vs Duke preview

Arizona is one of the best teams in the country in head coach Tommy Lloyd’s first season. The Wildcats currently have won 19 games and have lost just 2 games to UCLA and Tennessee. They just beat USC 72-63 on Saturday to add to their already great resume. The offense was efficient in that game, shooting 47.3 percent from the field. Projected lottery pick Bennedict Mathurin will need to be more aggressive moving forward, as he has combined for just 18 points over the past 2 games. Arizona State has had a terrible season so far, but it is coming off a massive home win against the 3rd-ranked UCLA Bruins in triple-overtime. That was clearly an aberration to the rule and a natural letdown can only be expected. Arizona should win big.

After getting stomped at home last weekend by Kentucky, Kansas did the same to Baylor on Saturday in what was a very surprising result. That the Jayhawks won isn’t shocking, but that they dominated is incredibly impressive. Three different players took at least 4 shots from the field and didn’t miss, as Kansas made 64% of its 2-point attempts. The Jayhawks’ defense was stout, too, as Baylor was held to just 59 points. The final score of 83-59 was actually flattering to the Bears, who closed on a 14-4 run with the game completely out of reach. Texas is 17-6 SU but a mere 10-13 ATS. UT is 0-3 SU/ATS as an underdog this season. All of those games were on the road, where the Longhorns have lost by an average of 9 ppg. They are at home this time, but the competition in the form of KU is extremely difficult. Stay on the Kansas bandwagon.

Be sure to check out our Kansas vs Texas preview