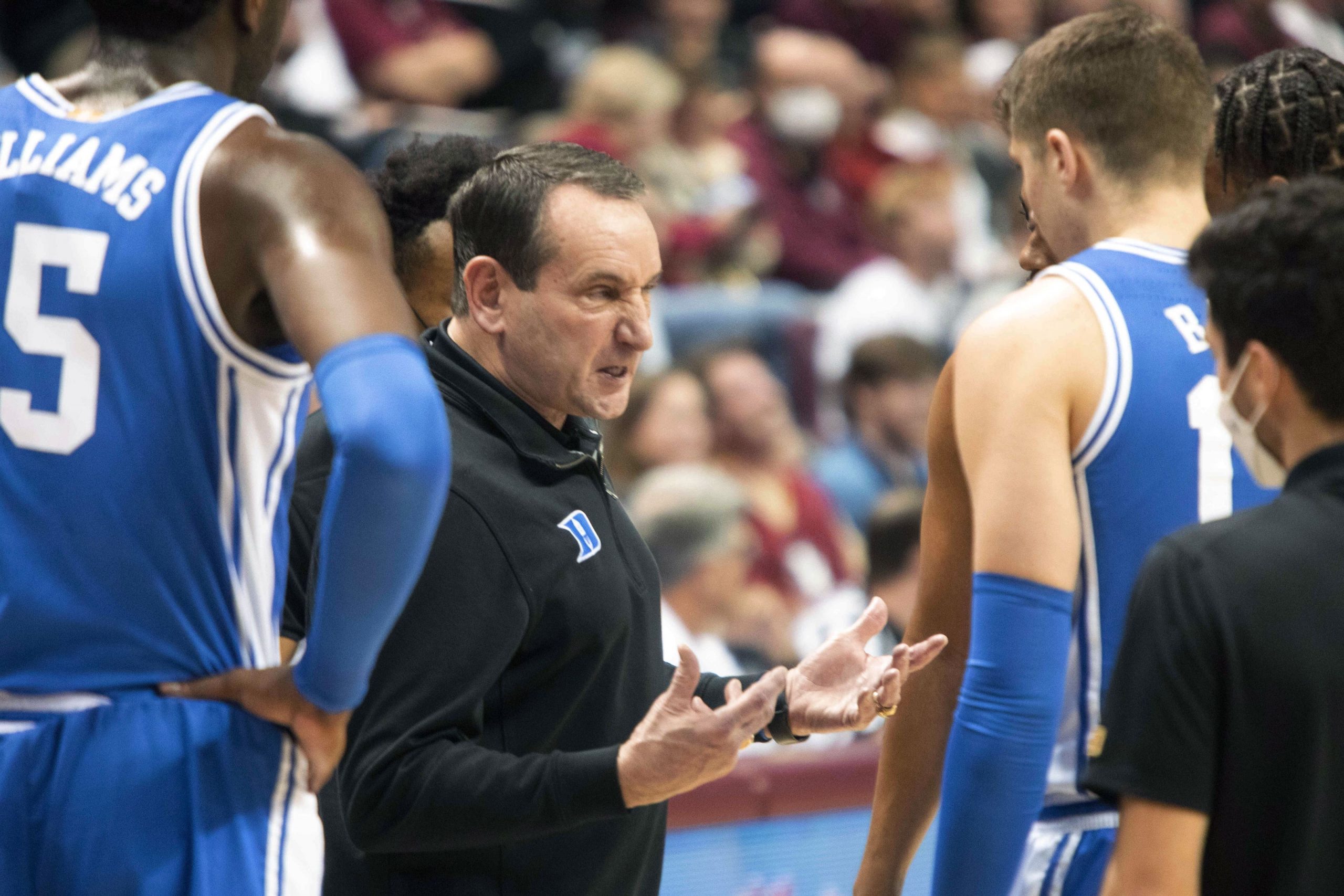 We are tipping off a new week on the college basketball hardwood with a relatively small Monday slate. That being said, 2 top-10 teams are in action and they are among the biggest names in the business: Duke and Baylor. There is plenty to work with as we try to formulate another winning mega parlay after cashing one at +1034 odds on Saturday.

For this parlay we are going with two favorites against the spread – one on an alternate number – and an underdog on the money line. Let’s break down each of the legs.

Duke scraped past Louisville over the weekend, running its ACC record to 7-2. Freshman wing Trevor Keels is out, though. He is the Blue Devils’ third-leading scorer, so missing him hurts. Paolo Banchero leads the team in scoring and rebounding. He might be the top pick in the next NBA Draft, but too often he doesn’t really pop off like someone who has that kind of potential should. With Kentucky’s dominant win at Kansas over the weekend, Notre Dame gets another retroactive bump for beating the Wildcats at. If the Fighting Irish can do that, they can also certainly beat Duke. Freshman guard Blake Wesley is having a strong debut season. He and fellow guard Dane Goodwin are both scoring 15 ppg. Goodwin has improved every season and he is making half of his 3-pointers this year. On the perimeter, the Irish are very good. Notre Dame is 7-2 in the ACC too. There is no reason why ND can’t win this one straight up.

Check out our Duke vs Notre Dame preview

TCU has surprised many people with a 14-4 start and great wins over LSU and Iowa State this month. The Horned Frogs even pulled out a 59-58 overtime victory on their home court the first time these teams met. Oklahoma is 13-8 on the season but 3-5 in Big 12 play. The Sooners were on a 4-game losing streak before beating West Virginia 72-62 on the road last Wednesday. They were unable to put together back-to-back victories as they lost to Auburn 86-68 in the Big 12/SEC Challenge, but there is no shame in that; after all, Auburn is No. 1 in the nation. Jordan Goldwire led the team with 19 points, but they had no answer for Walker Kessler and Jabari Smith defensively. Oklahoma is desperate for a win in this game to stay on the right side of the bubble. OU should be able to limit TCU’s 3-pointers, as the Frogs rank terribly in 3-point efficiency and Oklahoma ranks in the top 50 in defending threes. Don’t be surprised if the Sooners take care of business at home — and by a wide margin.

Check out our TCU vs Oklahoma preview

Having lost 4 of its last 5 games, Penn State returns home for the first time since January 11 to face Iowa. These teams played each other on January 22, when the Hawkeyes dominated at home, winning 68-51. Keegan Murray led Iowa in scoring with 15 points and 3 other players scored more than 10. Iowa ranks 4th overall in the nation in points per game (82.6). The Nittany Lions rank 11th in the Big Ten in defensive efficiency, 10th in opposing 3-point rate, and 13th in opposing 3-point percentages, so this is clearly a terrible matchup for the home team. Furthermore, the Wildcats may struggle to take care of the ball. They rank 13th in turnover rate in conference play, while Iowa ranks 1st in opposing turnover rate. The Hawkeyes forced Penn State into 17 turnovers in the last head-to-head meeting.