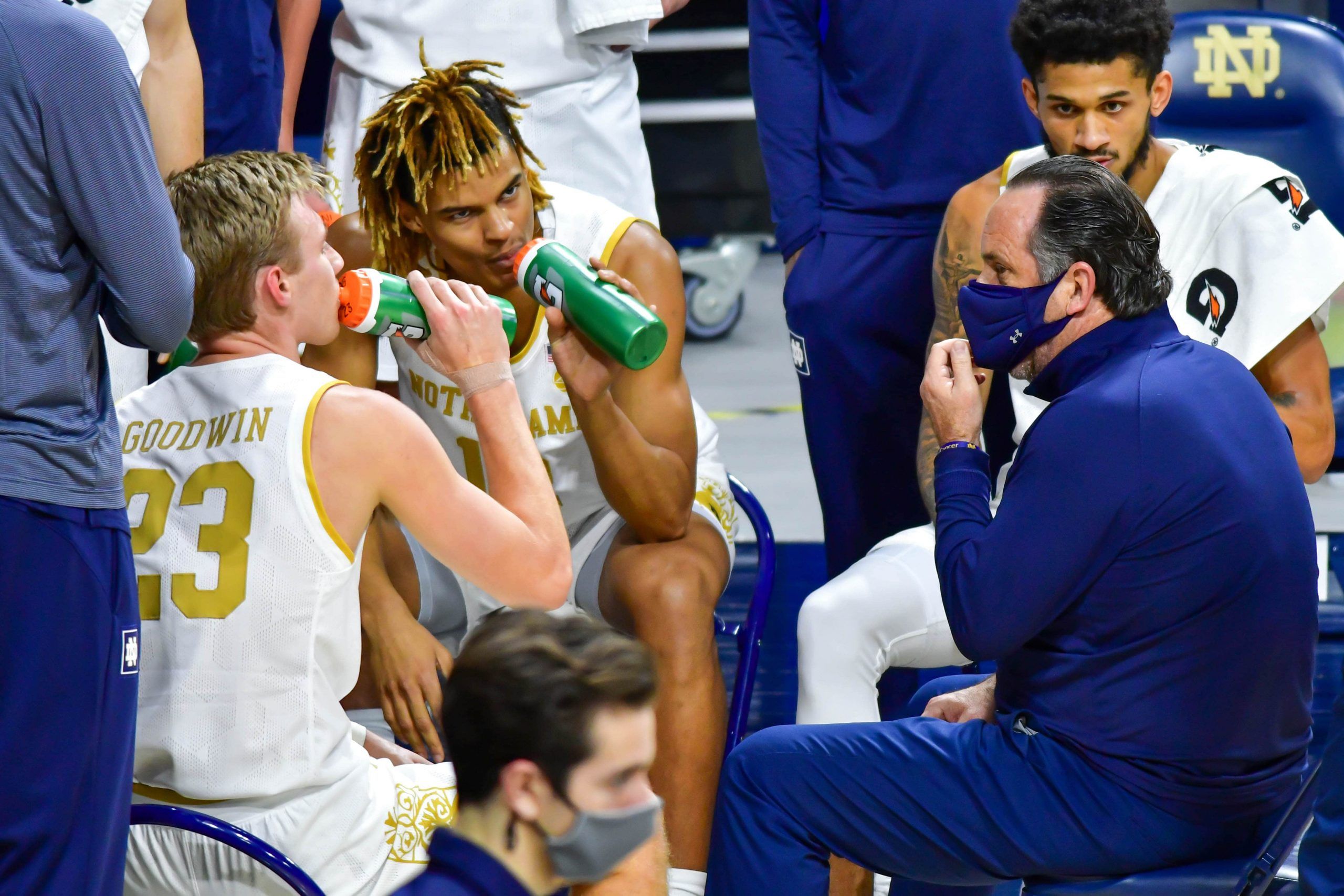 The fourth Saturday of college basketball is here, and what better way to celebrate the occasion than with a mega parlay? While you can get our thoughts on the side and total for all the big college basketball games here, right now we’ll be breaking down our big parlay of the day. For Saturday we’ve got a four-teamer for you, with a payout north of 30/1.

I like the two spreads here a lot, and each of these money line underdogs have serious value. Let’s dive into them one by one.

I continue to think this Purdue team is pretty overrated. They beat Ohio State in their Big Ten opener, but they failed each of their only two real non-conference tests. They lost by 11 on a neutral court against Clemson, and lost to a Miami team that isn’t any better than this Notre Dame one. Purdue is playing sloppy, turning the ball over more than 15 times per game despite playing at a very slow pace, leaving them primed for an upset.

Speaking of underwhelming power conference teams, Alabama certainly qualifies as well. The Crimson Tide also failed both of their big non-conference tests already, losing by 18 to Stanford on a neutral and to Clemson on a neutral as well. In their most recent game they barely squeaked by Furman, winning by just three points in a game where they trailed by ten at halftime. Western Kentucky is of a similar caliber as Furman, and they’ve won three games in a row. They played an elite West Virginia team that’s a lot better than Alabama very close earlier in the year, only losing by six.

UCLA lost to San Diego State in their opener, but I think that had more to do with the Aztecs just being really good than anything else. The Bruins have now bounced back with five straight wins, and Mick Cronin’s squad is rolling. They just beat a good Marquette team by nine, and I haven’t been very impressed by the Buckeyes. Ohio State is also very banged up at the moment, as leading scorer and rebounder E.J. Liddell is currently on the shelf and has missed the last two games.

This one has blowout written all over it. NC State is coming off a disappointing loss to Saint Louis, so they should come out on fire for this one and not take their foot off the gas. They clearly don’t have much trouble racking up huge winning margins against inferior teams, as each of their three wins this season have come by at least 31 points. They’re shooting over 40 percent from downtown as a team and play at a fast pace, which are both key when laying a big number like this. Campbell doesn’t stand much of a chance.