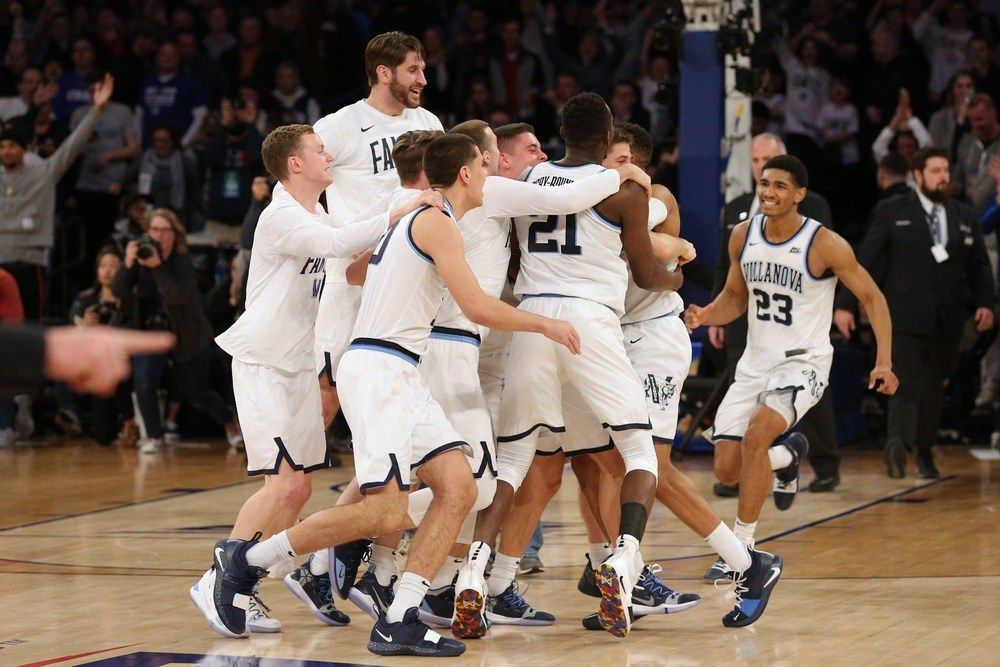 There have been plenty of standout teams all-across the College Basketball world this season. Such as smaller programs such as the Dayton Flyers or as always from the WCC, Gonzaga reigns supreme. San Diego State has also stood out in the Mountain West and is the only unbeaten team in College Basketball. This week’s focus is on how the top six conferences stand. Or the Power conferences as they have been called. The Big Ten stands out with how many teams they might send to the NCAA tournament or is the Big 12 the best with two teams in the top three in this week’s AP top 25 Poll according to the Associated Press. Here’s a look at how the Basketball Power six conferences rank this week.

The Big East has looked like a two-team race, but lately, every team has gone Parana on the others. As Seton Hall looked to be the favorite to win the conference title, but Creighton and Villanova have jumped back into the picture. The Pirates are the lone team at 10-2 in the Big East right now. Villanova (12th), Creighton (15th), Seton Hall (16th), Marquette (19th), and Butler (21st) are currently ranked, but that could easily change overnight with how tough the competition is top to bottom in the Big East.

The Big 12 could arguably top this list, as they currently have both the #1 team and #3 teams in the country. Baylor has looked like the best team to this point in the country, but it will all be on the line as they clash with Kansas this weekend. Those two teams have easily jumped way ahead of the rest of the Big 12. Only Texas Tech, Oklahoma and West Virginia stand any other chance of making the NCAA tournament behind the Bears and Jayhawks in the Big 12.

The Big Ten top to bottom cannot be outdone, the conference race this season has been second to none, as every team has struggled on the road. Maryland and Penn State stand out above all the many other contenders this season. Both enter this week inside the top 10. The Terps at 11-4 and Nittany Lions at 10-4 both have strong wins at the Breslin Center, as they were able to take down Michigan State on their own floor. Which says a lot given the Spartans were the favorite coming into the season. Behind the top two, there is currently a three-way tie for third between MSU, Iowa, and Rutgers. Maryland (7th), Penn State (9th), Iowa (20th), and Ohio State (25th) are the four Big Ten teams currently ranked. Don’t count out Michigan State or Michigan, the Spartans have had plenty of struggles. However, with games at Maryland, Penn State and home games against Iowa and Ohio State, the Spartans could still force a tie for the regular-season Big Ten title. As for Michigan, they are coming together at the right time.

The PAC-12 has been quite questionable for much of the season. Now it looks like the best teams are rising to the top. The fight is on as Colorado and Oregon are tied atop the PAC-12 at 9-4. Both teams are in the top 25, as the Ducks (14th) and Buffaloes (18th) will be in play for the NCAA tournament. Behind them, the water gets a bit murky, as Arizona State, Arizona, USC, and UCLA all stand a game back with eight conference wins this season. The Arizona Wildcats join Oregon and Colorado inside the top 25 at number 24. This conference isn’t too far ahead of the SEC.

Kentucky had its problems during the season, but they have found a way to take the lead in the SEC. Right on their tail are Auburn and LSU. South Carolina, Florida and Mississippi State have respectable records at 16-9 but is it enough to make the big dance. Kentucky (10th) and Auburn (13th) have respectable rankings this week. Can the SEC dethrone the other power conferences come March?

Being at the bottom of the power six rankings is pretty unheard of for the Atlantic Coast Conference. The top four teams look to be safe locks for the NCAA tournament. Behind Virginia, it gets far more muddy, as the room for error in this conference gets tougher. Duke and Louisville each have 12 ACC wins so far, but the ACC is far from decided. The Blue Devils (6th), Florida State (8th), and Louisville (11th) are the three teams inside the top 25 for the ACC. The defending National Champions, Virginia will have to settle for the fourth-seed in the ACC tournament.