College Basketball Power Rankings: The Power of the Big Ten 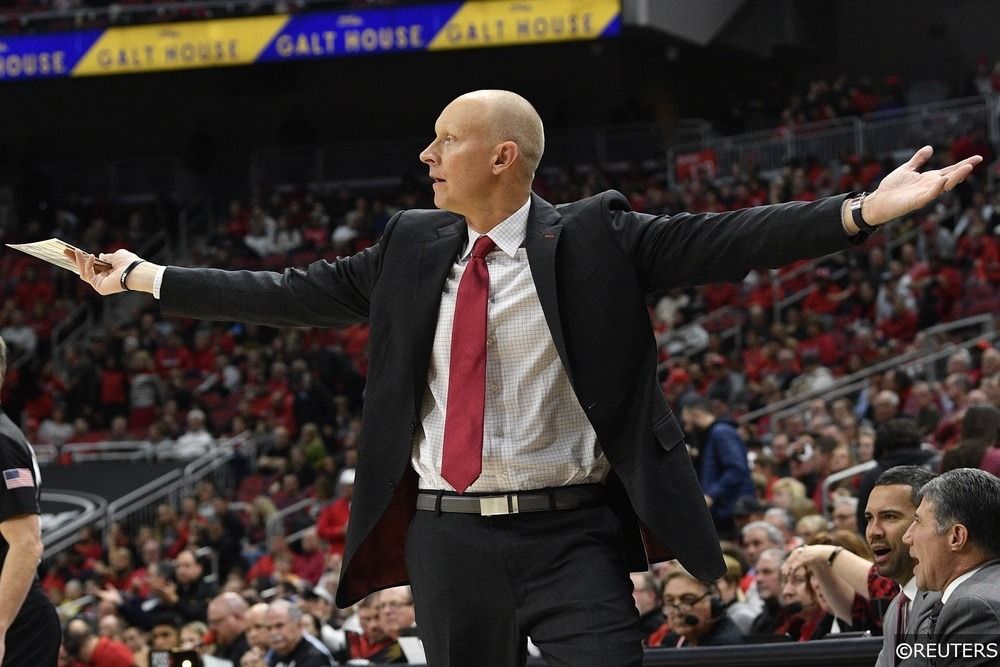 It’s still only early December but the College Basketball season rolls on and many teams have flexed their muscles and proven that they are among the best in the nation in 2019. The Big Ten Conference, hasn’t disappointed, even with Michigan State the national favorite struggling a little bit with three losses already. Ohio State, Maryland, and Michigan have already grabbed some of the best wins this season. The action only going to heat up as Conference play begins. It’s time to jump into the College Basketball Power Rankings.

Chris Mack’s Cardinals hadn’t been tested in the first month and they jumped to the top of the AP Poll following losses by the Spartans and the Duke Blue Devils, and haven’t looked back. Then they faced off with a top-5 Michigan squad in the ACC-Big Ten Challenge and picked up a big win. They get another test with the Texas Tech Red Raiders tonight at Madison Square Garden.

The Buckeyes have jumped to the top of a top-heavy Big Ten so far, as they sit unbeaten at 9-0 this season. Not only that but they were able to beat a solid North Carolina team on their court by 25 points. Ohio State is playing some high-level ball right now. They get a chance to prove themseleves once again with a road visit to Minnesota on Sunday.

With Devon Dotson and Udoka Azuibuke coming into their own as a deadly interior and perimeter pair, Kansas looks to have grown up rather quickly. Since dropping their season opener against Duke, the Jayhawks have rattled off seven straight wins. A couple of easier games this week should keep the Jayhawks heading in the right direction. Next Games: Milwaukee (Today), and UMKC (Sat. 12/14).

Anthony Cowan has become one of the top point guards in the country and the Terrapins are thriving because of it. They had their hands full with a sneaky Illinois team as the Illini came up one point short of a huge upset in their last game. Another Big Ten game is ahead, as the Terps go on the road for the first time as they visit Penn State tonight.

The Zags don’t look any different from before their loss against Michigan in the Bahamas, as they have won 10 games already. The latest coming against a decent Washington team. Gonzaga has embarked on a brutal stretch as they are now 2/3 through with two very challenging games coming up with the next game on Saturday at Arizona.

We may be a little ways behind given the Wolverines jumped to the top five in the AP poll after winning the Battle-4-Atlantis tournament the final week of November. Michigan has proven they deserve to be in the top 10 in the power rankings, but coming up short at #1 Louisville drops them down from the top five here. The action heats up for Michigan this week as they visit Illinois (Wed. 12/11) and host Oregon (Sat. 12/14).

The Blue Devils responded very well to their shocking home loss against Stephen F. Austin three games ago. Duke traveled to East Lansing and got a dominating win over Michigan State, and followed that up with a comfortable victory over Virginia Tech in Blacksburg. Luckily for them, they don’t have any games this week.

Plenty of line-up movement for the Cats, and it looks to be for the better. EJ Montgomery looks to have broken out in the post for Kentucky. The Georgia Tech Yellowjackets visit on Saturday (12/14).

The Bears might be a little too high, but tonight we will find out if they belong in this spot, as they host the red-hot Butler Bulldogs. Can Baylor’s strong three-man frontcourt handle the spotlight?

Auburn used overtime to escape Furman in their last game and may have shown a way to beat the Tigers this season. Freshman Isaac Okoro could be a player to watch moving forward. The Tigers get Saint Louis on Saturday (12/14).

The defending Champions have been a mixed bag this season, as they have been one of the best defensive teams, yet they have quite been a very good offensive team. Not only did they start this past week with a loss at Purdue, but they were held under 50 points of the third straight game. They did bounce back with a solid nine-point win at home against North Carolina. No games this week.

The Flyers proved their run in Maui wasn’t a fluke as they picked up a win over the Saint Mary’s Gaels by 10 in Phoenix in their last game. Obi Toppin continues to impress. Dayton faced Drake on Saturday (12/14).

The Wildcats suffered their first loss against a solid Baylor team this past weekend, but they still have plenty of juicy games ahead to stay among the best. Next Games: Nebraska-Omaha (Wed. 12/11), and then a big match-up with Gonzaga (Sat. 12/14).

CJ Walker looked to be a huge star for the Ducks coming out of high school but had a pretty slow start scoring just four points in his first three games. Something changed right before their trip to the Bahamas as he has averaged in double figures in each of the last four games. They get their biggest challenge yet as they visit Crisler Center in Ann Arbor for a clash with the Michigan Wolverines on Sunday (12/15).

Lavell Jordan has his Bulldogs playing at a high level, and their home win over Florida in their last game, have them trending up. Another step could be raised if they can survive their trip to Waco tonight as they face another top 25 team in the Baylor Bears.

The Musketeers were able to escape against rival Cincinnati this past week and find themseleves into this week’s top 16. Their lone loss came against the Florida Gators on a neutral court. Next Game: Wake Forest (Sat. 11/14).

The Tennesse-Memphis rivalry has heated up since Penny Hardway became the Tigers coach, both teams will be looking for a quality win as they face off on Saturday (12/14).

The Aztecs got a tough test from San Jose State but victories over Iowa, Creighton, and BYU has them knocking on the door. A week off will have them still waiting in the wings.

The Tigers are now 6-0 without James Wiseman on the court, but they will get an ultimate test with in-state rival Tennessee up next on the schedule. Saturday will be a huge game for both teams.

North Carolina has fallen off a cliff with three losses in their last four games, with each of those losses coming against teams well inside the power rankings, the Tar Heels can still compete. Though the Michigan State Spartans have three losses through their first nine games, they still have a ways to go but they were able to get a very important first win in the Big Ten. Florida State slips following a loss at Indiana, but like the Tar Heels and Spartans, they are still in the hunt.