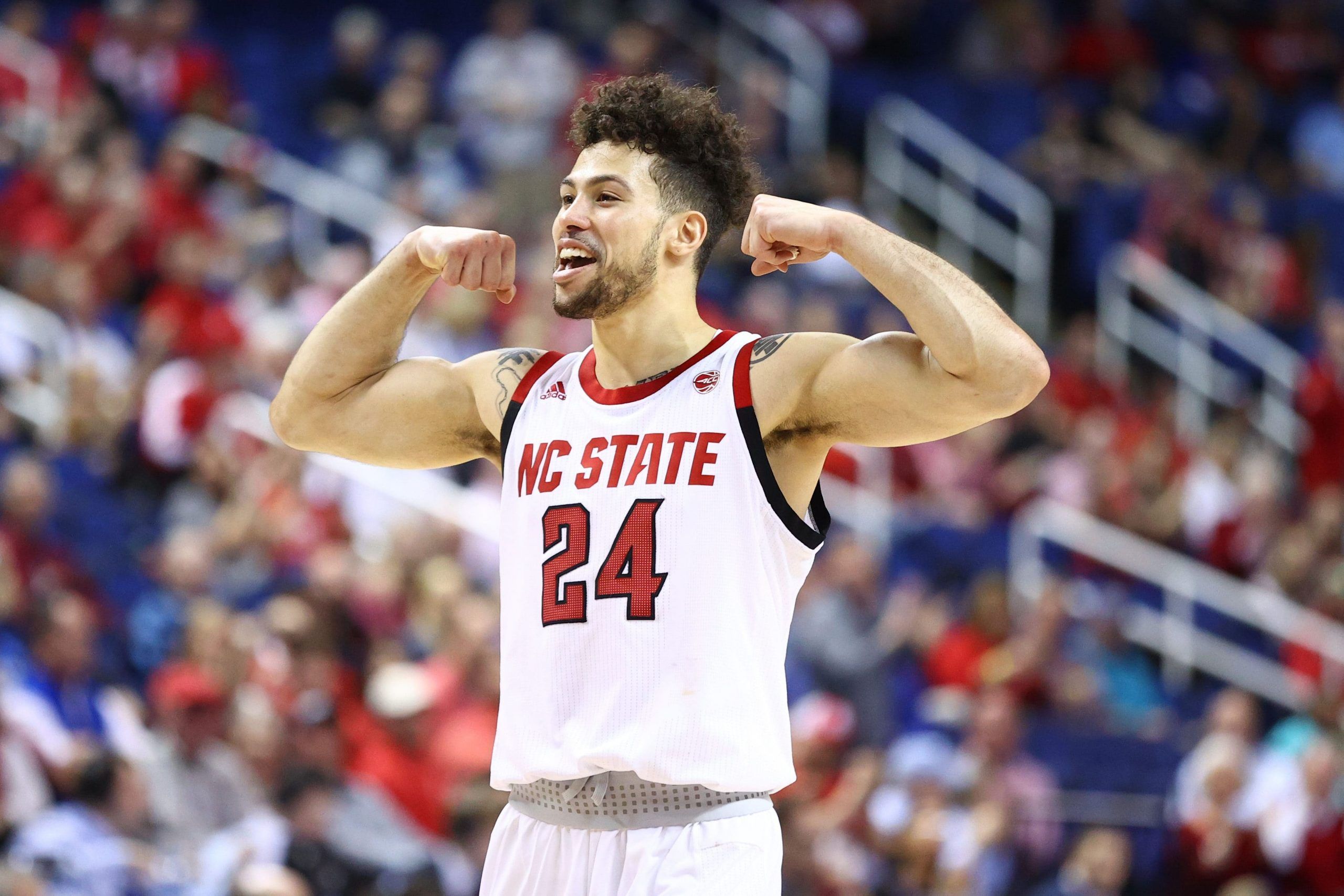 The second Saturday of college basketball is here, and what better way to celebrate the occasion than with a mega parlay? While you can get our thoughts on the side and total for all the big college basketball games here, right now we’ll be breaking down our big parlay of the day. For Saturday we’ve got a five-teamer for you, with a payout north of 20/1.

Almost all money lines for us here except for one large spread in what should be a total blowout. Let’s dive into each play and break them down one by one.

I can’t see why this game is virtually even. NC State has won each of their first three games by at least 31 points, while UConn just barely managed to squeak by lowly Hartford a couple games ago. I’m not giving the Huskies too much credit for their narrow win over USC, a game where they only shot 34.5% from the field but just got lucky that the Trojans happened to play worse. Four of NC State’s top five scorers are upperclassmen, so you don’t need to worry about this seasoned squad playing away from home.

I think this game is a tossup at worst, so getting +220 here is a steal. The Flames have started off 3-0, but nobody is giving them any respect. It’s not like all their wins have been against cakewalk opponents either, as they just smoked a solid Valparaiso team by 16 in a game where they were an underdog just like they are here. The Flames are playing solid all around right now in every facet, while the Cardinals have started the year off with two straight lossess.

Kansas State has been a disappointment this year, but this line is still pretty disrespectful. One of their two losses was to a very good Colorado team, and the other was to an underrated Drake squad. They bounced back with a win in their third game, while UNLV has been awful at 0-4. This is a Rebels team that gave up 91 to Montana State, so I don’t think Kansas State and their superior athletes are going to have too much trouble here.

Since their understanding opening loss to Gonzaga (the best team in the nation), the Jayhawks have rattled off three straight wins, including one over Kentucky. They’ve put up at least 89 points in three of their four games and are shooting well above 40 percent from three, so you don’t have to worry about them having enough offense to cover a spread this large. NDSU already lost by 22 to Nebraska, so I don’t see them putting up much of a fight here.

I’m throwing this one in here for a slight odds boost since I think it’s something of a lock. The Buffs have opened with impressive wins over South Dakota and Kansas State, with each coming by at least 18 points. Washington State might be 3-0, but all three of those wins came by four points or fewer against bad teams. If they can only beat Texas Southern by four at home, I don’t see them hanging with Colorado here on the road.