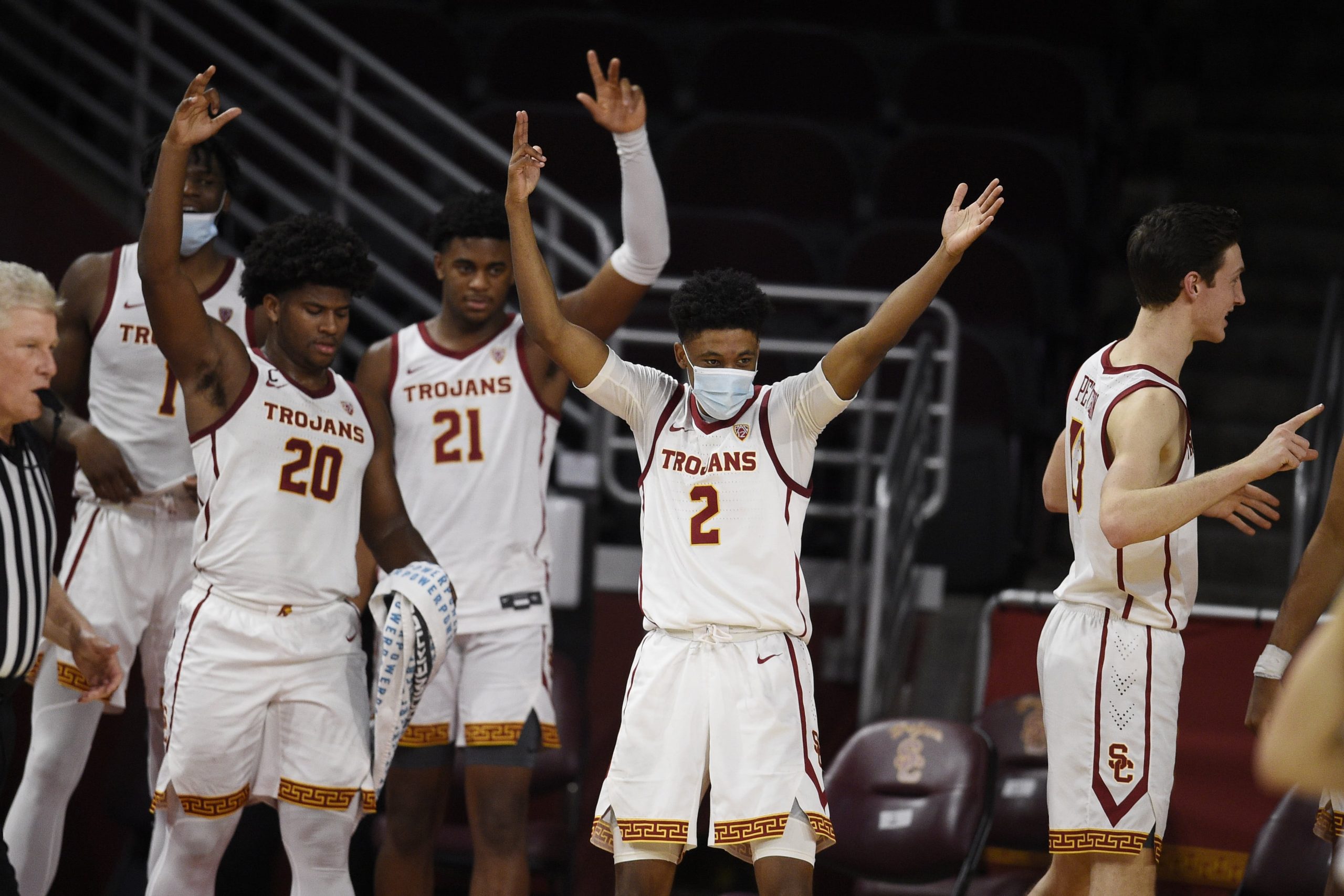 A big week (and eventually even bigger weekend) in college basketball gets going on Tuesday with an intriguing slate of games. Among the teams in action are Kentucky, Kansas, Syracuse, Virginia, Villanova, Texas Tech, Michigan, and Oklahoma.

Needless to say, there is more than enough to work with as we try to form a winning mega parlay. We cashed one at +1022 on Sunday, so let’s keep the momentum going – this time with Virginia, Texas Tech, and USC.

Virginia is coming off of a 57-56 win over Pittsburgh last Friday. UVA was able to withstand an 11-0 second-half Pittsburgh run and a 4-point Pittsburgh lead with just 11.3 seconds remaining in the game. Jayden Gardner converted an and-1, then a Pittsburgh 5-second violation on the inbound was followed by a Gardner fadeaway jumper which ended the night and a miracle come-from-behind win to start ACC play 1-0. The Cavaliers have struggled early on in the season and still have much to prove, but their recent victory should provide them a spark moving forward in the season. They rank 6th in the entire nation in opponent points per game (56.2 ppg) and 3rd in the nation in opponent points per game on the road (54.0 ppg). What’s news!?!! The Wahoos have 11 days off following this game, so they will be eager to turn in a strong effort. There is no reason why they can’t beat an inferior opponent by double-digits.

Check out our James Madison vs Virginia preview

Texas Tech coming off a 72-68 loss to the Providence in the Big 12/Big East Battle last Wednesday. An unusual 18 turnovers and 29 fouls — which led to 38 free-throw attempts for the Friars – contributed significantly to the loss. But there is no shame in losing to Providence and it is unlike that such turnover and foul numbers will continue. Junior guard Terrence Shannon Jr. led the Red Raiders with 17 points on 54.5 percent shooting from the field, so that at least was one bright spot. Both Texas Tech and Tennessee are 6-1, so this projects to be an even matchup. Led by a top 10 defense in college basketball that has held five of its last six opponents to no more than 62 points, Texas Tech has a good chance at a minor upset.

Check out our Texas Tech vs Tennessee preview

Despite losing Evan Mobley to the NBA, the USC defense has remained fantastic. The Trojans rank 10th in KenPom’s adjusted defensive efficiency and have yet to allow more than 73 points in a game. They are great at the two most important areas on the court from an analytical perspective: the three-point line and at the rim. USC ranks 32nd in field-goal percentage defense at the rim per Hoop-Math and it is forcing the seventh-highest contested jumper rate per Synergy. This is the important factor against Eastern Kentucky, as the Colonels shoot threes at the fourth-highest rate in the country. When they are on, they are capable of beating — or at least scaring high-major competition. For example, Eastern Kentucky went 14-of-29 from three in their 3-point loss to West Virginia. But given USC’s elite perimeter defense, it seems unlikely that lightning will strike twice. The Trojans are undefeated and they will almost certainly remain so…with room to spare!