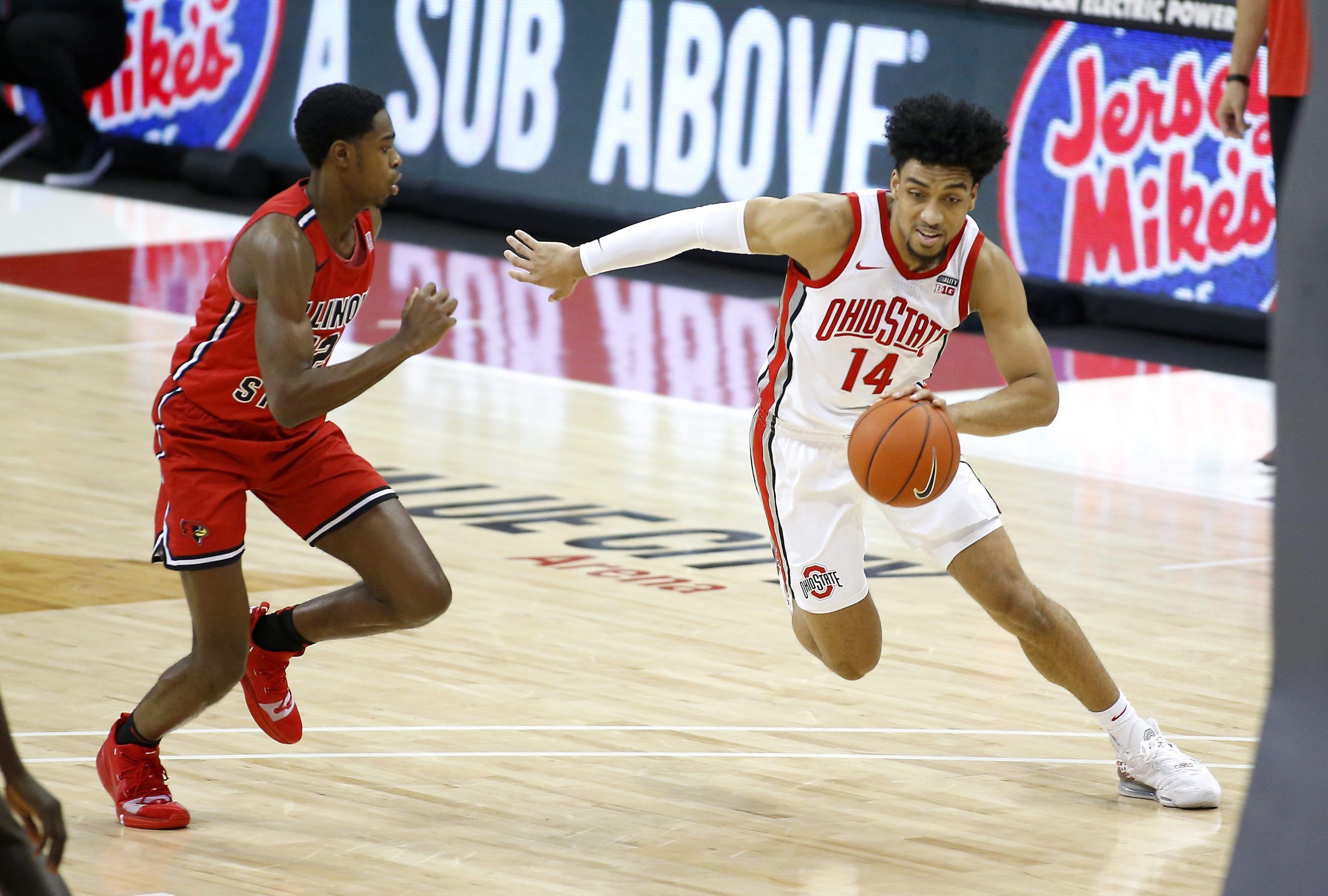 Wednesday will mark exactly one week since the 2020/21 college basketball season kicked off, and what better way to celebrate the occasion than with a mega parlay? While you can get our thoughts on the side and total for all the big college basketball games here, right now we’ll be breaking down our big parlay of the day. This week we’ve got a five-teamer for you, with a payout just under 38/1.

Plenty of nice looking favorites on this card and a couple of underdogs that have a good chance to win to round out the parlay. Let’s break down each game one by one.

This game isn’t going to be remotely close. Ohio State won their opener over Illinois State by 27, a team that is considerably better than this Morehead State one. The one time Morehead State played a top-tier team this season it was ugly, as they got pummeled by Kentucky by 36 points. As Kentucky showed with their recent loss to Richmond, they aren’t all that great to begin with.

Sticking in the Big Ten for a moment, I also like the Wolverines a lot on Wednesday. Their offense has proven to be elite as they’ve averaged 88.5 points per game through their first two contests, and I don’t see any way that Ball State is able to keep up. Ball State has only played once this season, a loss to a Northern Kentucky team ranked 192nd by Kenpom, so I don’t see how their offense does enough to keep this one within 20 points.

Speaking of elite offenses, Xavier has already scored at least 99 points twice through four games. As such, you don’t have to worry about them having the firepower to cover a spread this large. The Golden Eagles are one of the worst teams in D1 basketball, and they rank 339th out of 357 teams in offensive efficiency this season per Kenpom. This one should get ugly, and it wouldn’t surprise me if Xavier covered this spread in the first half.

Getting Illinois as this much of an underdog is a steal. The Fighting Illini looked absolutely dominant through their first two games, winning them by a combined 121 points. They had a little bit of a letdown against Ohio (in a game they still won, albeit closely), and everyone has overreacted as a result. This is Baylor’s first real test of the season, and I’m not sold on them being the second-best team in the country like their ranking indicates. This one is something of a toss-up, so getting this high of a price is excellent value. Adding it to the parlay gives us the huge odds boost we need.

This game you can get as a pick ’em, when the Cougars have a clear advantage. Washington State has sleep-walked through their first two games, both narrow wins against lesser teams, causing oddsmakers to over-adjust. One of Oregon State’s two wins this season came against a non-D1 team, and their win against Cal only came because the Golden Bears had an atrocious outside shooting night.