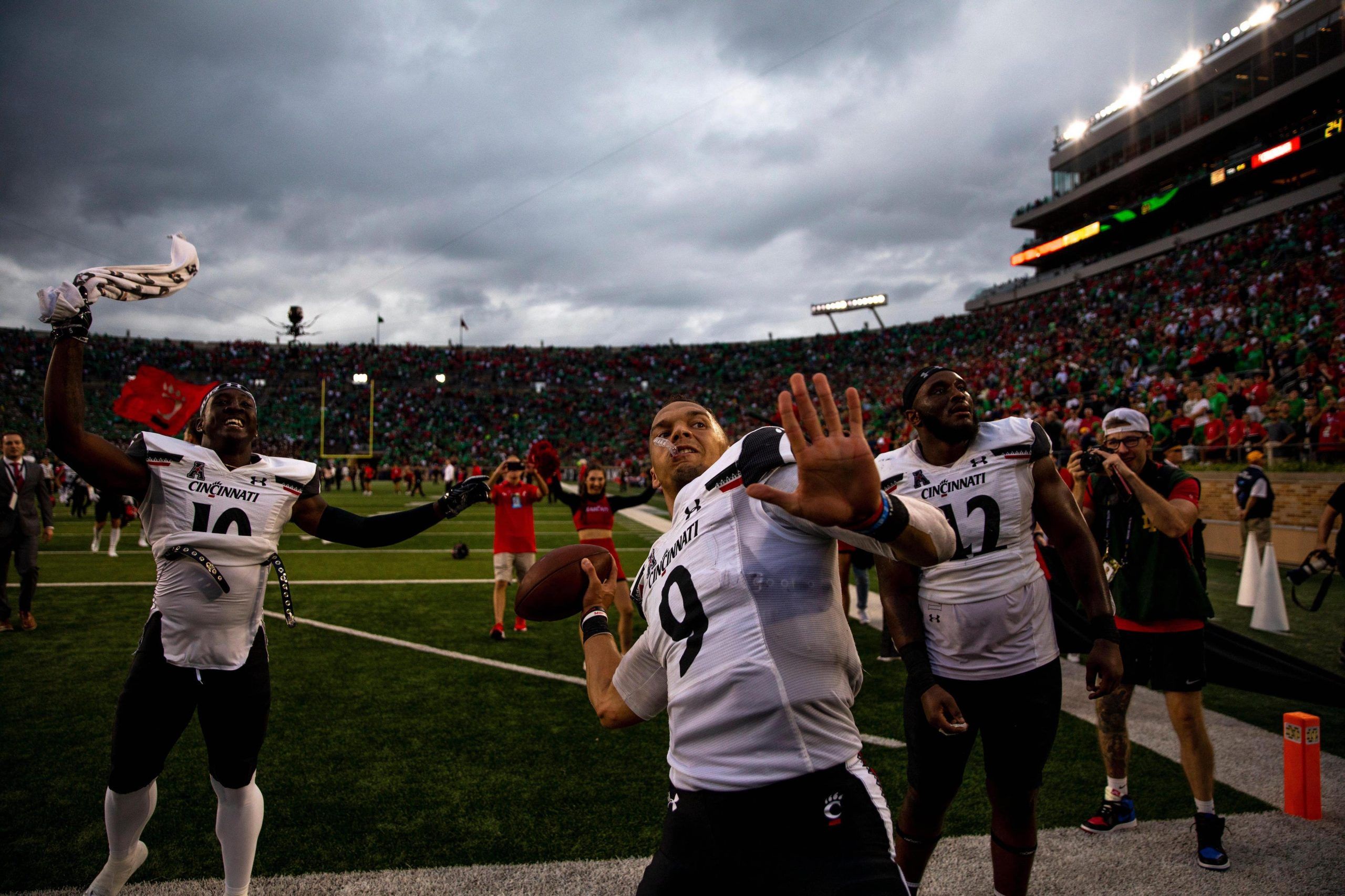 Since graduating from Davidson (The College That Stephen Curry Built), I have been writing about sports--just about any and all you can think of!--and coaching tennis in Atlanta, Ga. Beyond the four major sports, I am an avid tennis fan and cover the ATP Tour on a daily basis. If I'm not busy writing, you can generally find me on a tennis court or traveling the world wherever a sporting event takes me.
@Dimonator133
Updated: 8:38 AM ET October 08, 2021

We have three games on Friday’s college football schedule, a perfect number with which to work for a lucrative but also realistic parlay. The Cincinnati Bearcats are putting their undefeated record on the line, while the Stanford Cardinal are also in action. Meanwhile, a Conference-USA clash pits the Charlotte 49ers against the Florida International Panthers.

For this parlay we are going with two favorites and one underdog, all on the point spread. Let’s break down each of the three legs one by one.

Cincinnati is undefeated and coming off a huge win over Notre Dame. The Bearcats will now be looking to kick off the American Athletic Conference slate in style. They are allowing only 14.5 points and 309.3 yards per game. Their defense was way too good for the Fighting Irish in a 24-13 victory, so it will almost certainly be dominant against Temple.

The Owls defeated Memphis 34-31 in their conference opener last week, but they got blown out 61-14 by Rutgers and 28-3 by Boston College. At that rate they might not score a single point against Cincinnati. The Cats have a bona fide Heisman Trophy contender in quarterback Desmond Ridder, who can help them to run up the score.

Charlotte boasts a winning record (3-2) and its only losses have come to Big Ten representative Illinois and a Georgia State squad that should have upset Auburn. The 49ers have an ACC win over Duke in addition to a 42-39 defeat of Middle Tennessee in their Conference-USA opener. Quarterback Chris Reynolds has accounted for 14 total touchdowns (3 rushing) while throwing just 3 interceptions.

The dual threat posed by Reynolds will likely be too hot for an atrocious Florida International defense to handle. FIU has surrendered 143 points over its past 3 outings. On a short week, it may be difficult for the Panthers to pick up the pieces from an opening C-USA loss to Florida Atlantic (58-21).

Getting 13 points puts solid value on the Cardinal. They are coming off a 31-24 victory over then-No. 3 Oregon, giving them a 3-2 record overall and a 2-1 mark in the Pac-12. Quarterback Tanner McKee has been outstanding so far, with 11 touchdowns and zero interceptions. He has thrown for at least 218 yards in 4 of 5 games. The sophomore out of Corona, California, has also scored twice on the ground.

Thanks to its 4-1 record (2-0 Pac-12) in addition to Oregon’s recent loss, Arizona State is currently favored to win the conference title at +175. In turn, the Sun Devils are favored by almost 2 touchdowns over Stanford. This feels like a sell-high opportunity, as I don’t see head coach Herm Edwards’ crew winning a game by 13 points or more over an opponent that just knocked off Oregon. Stanford is 6-2-1 ATS in its last 9 overall and 5-1-1 ATS in its last 7 home games. Arizona State is 1-4 ATS in its last 5 at home.