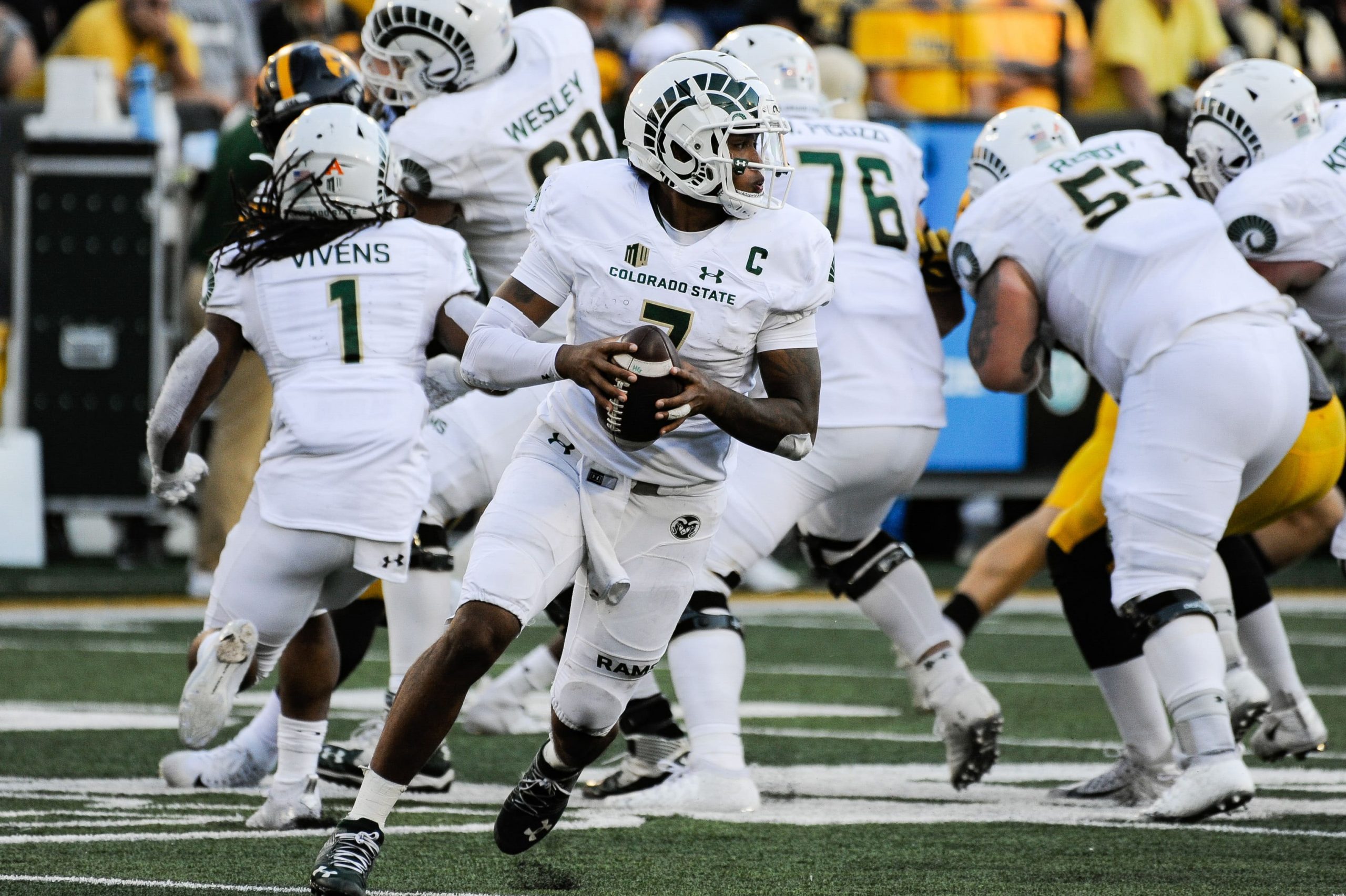 We have a sizable weekday slate in college football this time around. Appalachian State took down Coastal Carolina on Wednesday and now we have four games on Thursday followed by four more contests on Friday. Friday’s schedule includes Central Florida, Memphis, Colorado State, and Utah State.

Here is our three-team parlay for Friday’s slate.

For this parlay we are going with two favorites against the spread and an under. Let’s break down each of the three legs one by one.

Two high-powered offenses are set to clash Friday night when Central Florida hosts Memphis. The Tigers are now 4-3 on the season after snapping a three-game skid last weekend against a bad Navy team at home. Defense has not been good for Memphis, as it has allowed at least 29 points in every game this year but two. The Tigers are statistically one of the worst teams in the country against the pass (277.3 yards allowed per game).

The Knights are finding their offensive success on the ground (204.2 yards per game), which has helped lead to an average of more than 34 points per contest. Isaiah Bowers (4.6), Trillion Coles (5.4), and Johnny Richardson (6.1) all boast impressive ypc averages. Their defense has also been better than the scores of the games might indicate, ranking as a top 45 unit in the country against the pass. UCF is a completely different team at home than it is on the road, and the splits suggest exactly that. It is undefeated so far this season at home but winless otherwise. Memphis has yet to cover on the road so far this year, so this sets up nicely for the home team.

After beginning the season 2-0, Utah State has since gone just 2-2 heading into this home date with Colorado State. It took a 4th-quarter touchdown to propel the Aggies to victory last weekend against a winless UNLV team. They gave up 6.0 yards per play in that game along with 219 rushing yards and they are now allowing 206.5 yards allowed per game on the ground this season.

Conversely, Colorado State is on a bit of a roll. The Rams sport a 3-1 record in their past four games, anchored behind a stout defense. That unit ranks top 10 in all of FBS in terms of total yardage per game, including surrendering less than 100 rushing yards per contest. Offensively, CSU has been able to put up 68 total points in the last two weeks. Senior quarterback Todd Centeio has passed for 1,328 yards with 6 TDs and only 1 INT while also rushing for 238 yards.

Both of these teams actually have better records on the road rather than at home, which obviously favors the Rams here. Colorado State has also covered in every road game this season, and it is a perfect 4-0 ATS in its last four contests overall. The Aggies have failed to cover in three straight, and have done so just three times in their previous 10 home games at home.

Colorado State’s defense has played some impressive football up to this point. In addition to allowing just 287.2 total yards per game, the Rams also haven’t allowed an opponent to score more than 24 points since Week 1. Utah State doesn’t have great numbers in terms of statistics defensively, but the CSU offense isn’t anything too impressive with an average of just 396.5 yards and 24.7 points per game. Seven interceptions are a concern for quarterback Logan Bonner.

Utah State has played well enough on offense as a whole for the season, but it has put up just 51 total points its past three games. There are a number of under trends in this game, including 6 of the last 8 matchups between these schools resulting in an under total. The under is also 4-1 in the Rams’ last seven games and 5-2 in the Aggies’ previous seven.

Make sure you check out the rest of our Week 8 college football predictions!