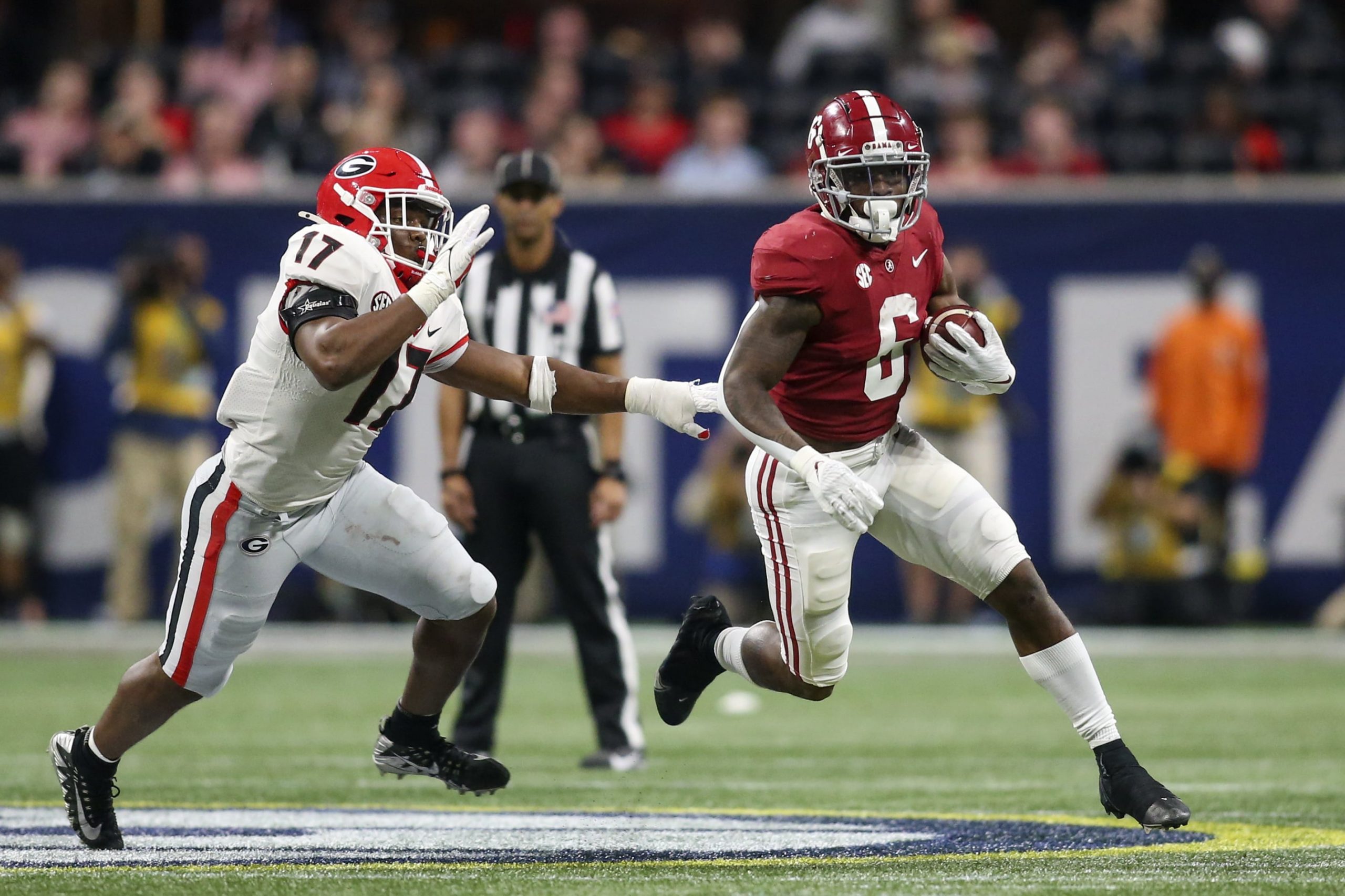 Georgia fans may feel like the apocalypse upon them—again. But all is not lost. The Atlanta Braves recently brought an end to the notion there is a curse on that part of the country and the Bulldogs are still very much alive in their effort to bring another title to the state despite their alarming 41-24 loss to nemesis Alabama in the SEC Championship on Saturday. Don’t jump off the deep end quite yet, Dawg nation!

UGA coasted into the College Football Playoff as the No. 3 team in the rankings, it is a touchdown favorite over Michigan in the Orange Bowl, and it is just barely behind ‘Bama on the National Championship odds list.

Let’s take a look at where some of the futures markets stand with bowl season now set.

Georgia was actually favored to win it all even after getting beat down by 17 points at the hands of the Crimson Tide. Bettors clearly jumped on the chance to get Alabama at +140 while Georgia was a +120 favorite, and now the roles have reversed (it’s the Tide at +120 and the Dawgs at +140). Michigan and Cincinnati are the longshots at +750 and +1500, respectively. Odds for the top three teams seem to be set across the board, but it’s worth doing some shopping if you are in the business of going big with a Cincinnati bet. For example, the Bearcats are +1500 at DraftKings but they are +1800 at FanDuel.

I think Michigan has the best value of the four at +750 and Georgia has the worst at +140. Sure it can be seen as a buy-low opportunity when the Bulldogs were -220 going into championship week, but everything about that loss to Alabama was bad. As for the Wolverines, they are certainly hot at the right time. Their two most recent results are a 42-27 thumping of Ohio State and a 42-3 victory over Iowa. Dating back to a defeat of Maryland, head coach Jim Harbaugh’s crew has won its last three games by a combined 95 points.

As the Heisman odds often do, they fluctuated wildly from week to week, game to game, and even from drive to drive. Bryce Young took control of the race after Alabama had the ball inside its own 5-yard line trailing Auburn 10-3 late in the fourth quarter of the Iron Bowl (he was +220 at that point), and it turns out he never looked back. The freshman was -200 by the time ‘Bama completed its comeback against Auburn and now he is expected to dominate voting for the stiff-armed statue by perhaps a record margin.

Aidan Hutchinson, CJ Stroud, and Kenny Pickett are fully deserving of invites to New York, but none has a realistic chance. With no value on anyone – not even Young – at this point, avoid Heisman bets like the plague. Focus on bowl season, folks.