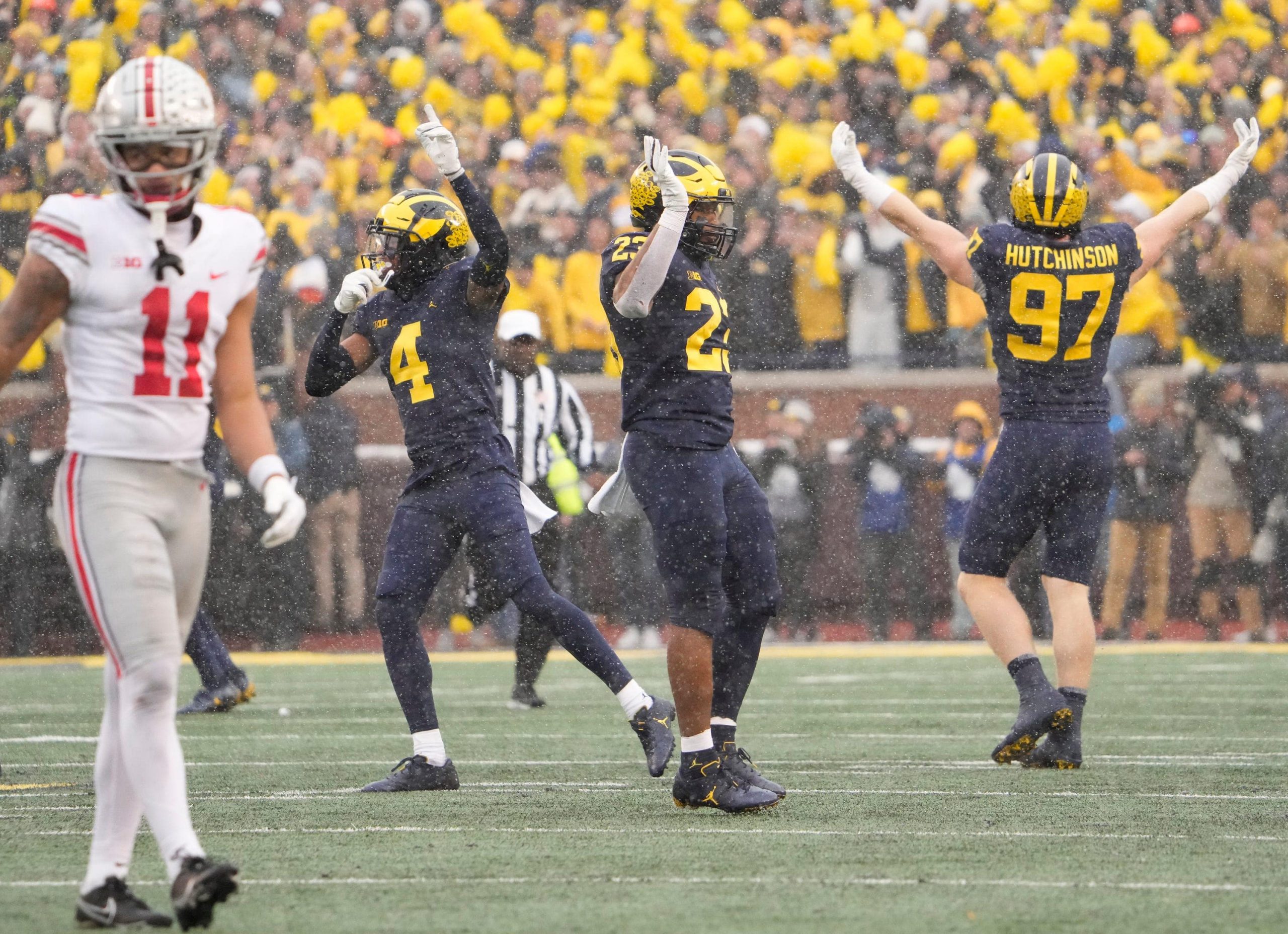 Ohio State consistently climbed the list of National Championship favorites in college football throughout November. What a different a week makes. Now it is the Buckeyes’ arch rival that is in serious title contention, while they are pretty much out of it. Such is the impact a single game, and in this case it was Michigan’s 42-27 victory over Ohio State. That result also shook up the Heisman Trophy race.

Let’s take a look at where some of the futures markets stand heading into conference championship week in college football.

For much of the Iron Bowl it looked like Alabama would suffer its second loss of the season and be on the brink of College Football Playoff elimination. Instead, the upcoming SEC Championship will be No. 1 vs. No. 2 (in the Coaches Poll, at least). The Crimson Tide maintained their No. 2 ranking by staging a late fourth-quarter comeback against Auburn and prevailing 24-22 in quadruple overtime. ‘Bama continues to be second on the list of national title favorites, too, but it is becoming more and more of a longshot as Georgia’s odds improve with each passing week.

For 4 teams in particular, rivalry week was especially productive. Following losses by Ohio State and Oklahoma, only 6 teams remain in realistic contention to win it all. Barring some really ridiculous results in conference championship games, UGA will be joined in the CFP by 3 of the following 5 teams: Alabama, Michigan, Oklahoma State, Cincinnati, and Notre Dame. Michigan’s championship odds improved from +4000 to +900, Oklahoma State jumped from +5000 to +1400 after beating Oklahoma, Cincinnati spiked to +1600 (previously +3500), and Notre Dame sliced its price in half from +5000 to +2500.

In all likelihood the Fighting Irish still need two of the teams ranked No. 2 through No. 5 to lose this week. Only one is an underdog (Alabama +6.5 against Georgia).

Perhaps no market in all of sports betting is more fickle than that of the Heisman Trophy. Not only can the odds fluctuate wildly from week to week also game to game, but they can also shift dramatically from drive to drive. When Alabama had the ball inside its own 5-yard line trailing Auburn 10-3 late in the fourth quarter, quarterback Bryce Young was +220 to win the Heisman (Ohio State signal-caller CJ Stroud was favored over the field). After tying the game and forcing overtime, Young was already minus money. Following the completion of the Crimson Tide’s comeback, the star freshman was all the way at -200. Stroud, in turn, had fallen to +400.

Although it still looks like a two-horse race for the stiff-armed statue, Michigan defensive end Aidan Hutchinson is now in the discussion. Hutchinson had 3 sacks and 3 tackles for loss against Ohio State, giving him 12 sacks on the season. The senior is suddenly a +1400 third choice, passing the likes of Kenny Pickett, Kenneth Walker III, and Matt Corral.

Check out our college football opening lines report for all the odds in conference championship week!