College football reaction: Indiana Hoosiers look to be the real deal this year 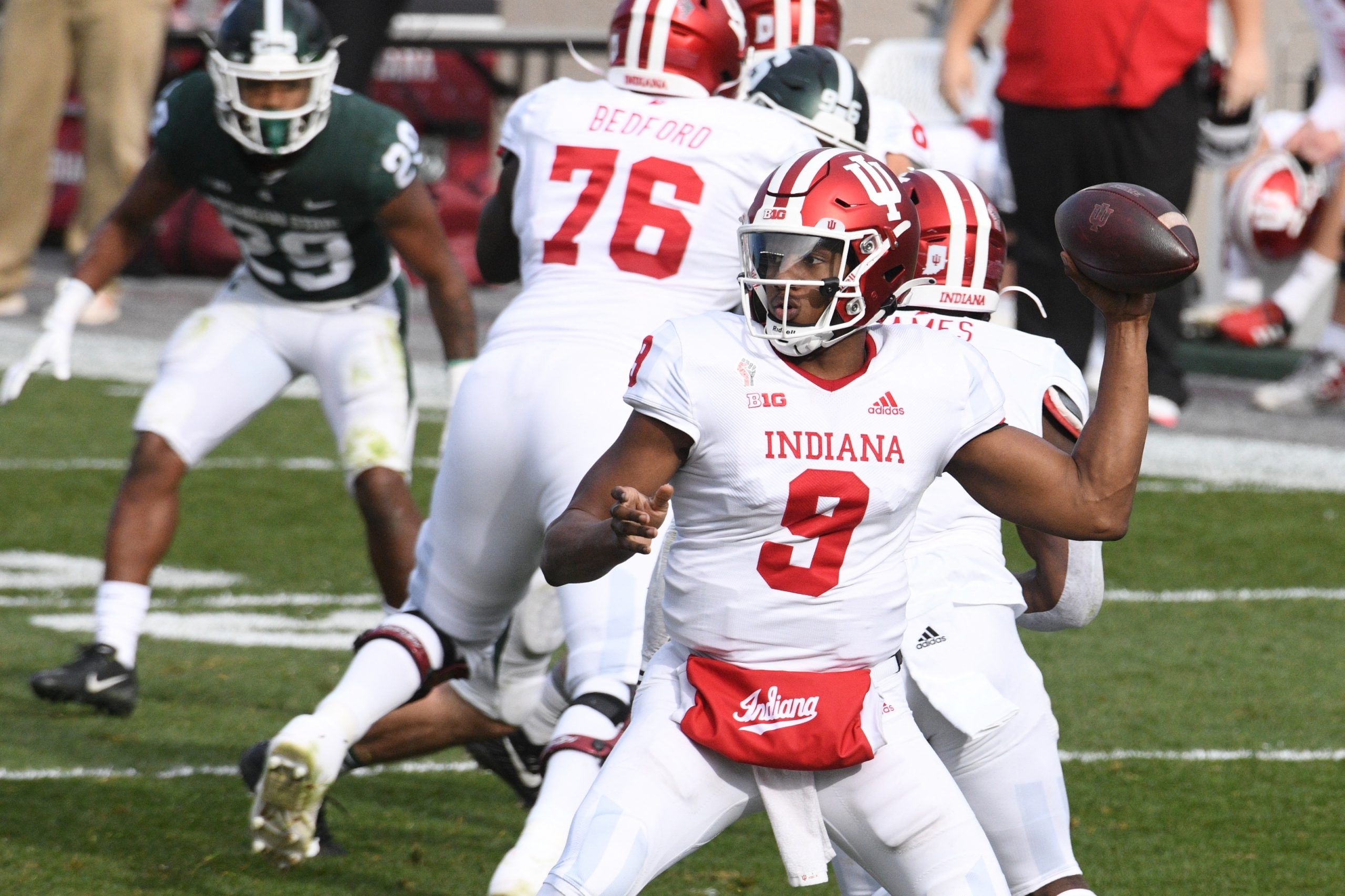 Matthew has been with Pickswise for a while now, covering a wide variety of sports. His main passions are college football and UFC, and those are the sports he has covered the most. Matthew uses a variety of methods to handicap games, including stats, trends, injuries, and situational factors. His goal is to consistently give out winners and will put in the research to try and achieve this.
@Sixfigurematt
Updated: 5:30 AM ET November 15, 2020

The Big Ten is well underway and with several teams having had games cancelled due to coronavirus issues, the Hoosiers look to be a legit contender for a Big Ten title game. Of course, they are going to have to beat Ohio State, but given what we have seen, they could certainly give the Buckeyes a run for their money next week. Here are a few reasons why Indiana ‘could’ hang with the Buckeyes.

There is no questioning that the Hoosiers have looked good defensively this season. Other than a second half comeback by Penn State where the Nittany Lions scored 28 points in the second half (seven of those being in overtime), Indiana has given up no more than 21 points in their previous three games (an average of 14 points per game during this stretch). That incudes a shutout against the Michigan State Spartans where they forced three turnovers, an allowed just 191 total yards.

What has been most impressive is their run defense. Again, other than that first game, Indiana has allowed an average of 65.3 rushing yards in their last three games. This is very important because Ohio State quarterback, Justin Fields, is known to be a duel threat quarterback. The Buckeyes have a top 20 rushing offense, so a stout run defense could make the difference in a game this big.

There still is the issue of the Indiana pass defense, which is allowing 236 yards per game through the air. However, if they can slow down the run, they will be able to game-plan more around the pass and take away Fields’ throwing lanes.

2. Ty Fryfogle can give the Buckeyes issues

Then we have Ty Fryfogle, who just had the best game of his career against the Spartans. The Hoosiers’ wide receiver had 11 catches for 200 yards and two touchdowns in Week 11. Do I think he can do that against the Buckeyes? No, but I do think the Buckeyes are going to have to keep track of him almost every play, which could open up other weapons for Michael Penix Jr.

Ohio State has also not been immune to allowing big plays in the secondary. They are allowing an average of 224.3 passing yards per game, which ranks only 53rd in the country. The reason why it is even that low is because they played a horrible Nebraska team. Against Penn State they allowed 280 yards an against Rutgers, they allowed 229 yards.

3. Will rust play a factor?

We also have to mention the fact that the Hoosiers played in Week 11 while the Buckeyes were at home. Sure, Ohio State would have gone out and crushed Maryland, but having played only three games, they still needed to build chemistry. Also, the last time we saw the Buckeyes, they failed to cover against Rutgers and were outscored 18-7 in the fourth quarter. Regardless if the starters were still in or not, Ohio State will want win more convincingly going forward. Especially now because having a cancelled game could be the difference between making the playoffs and being left out.