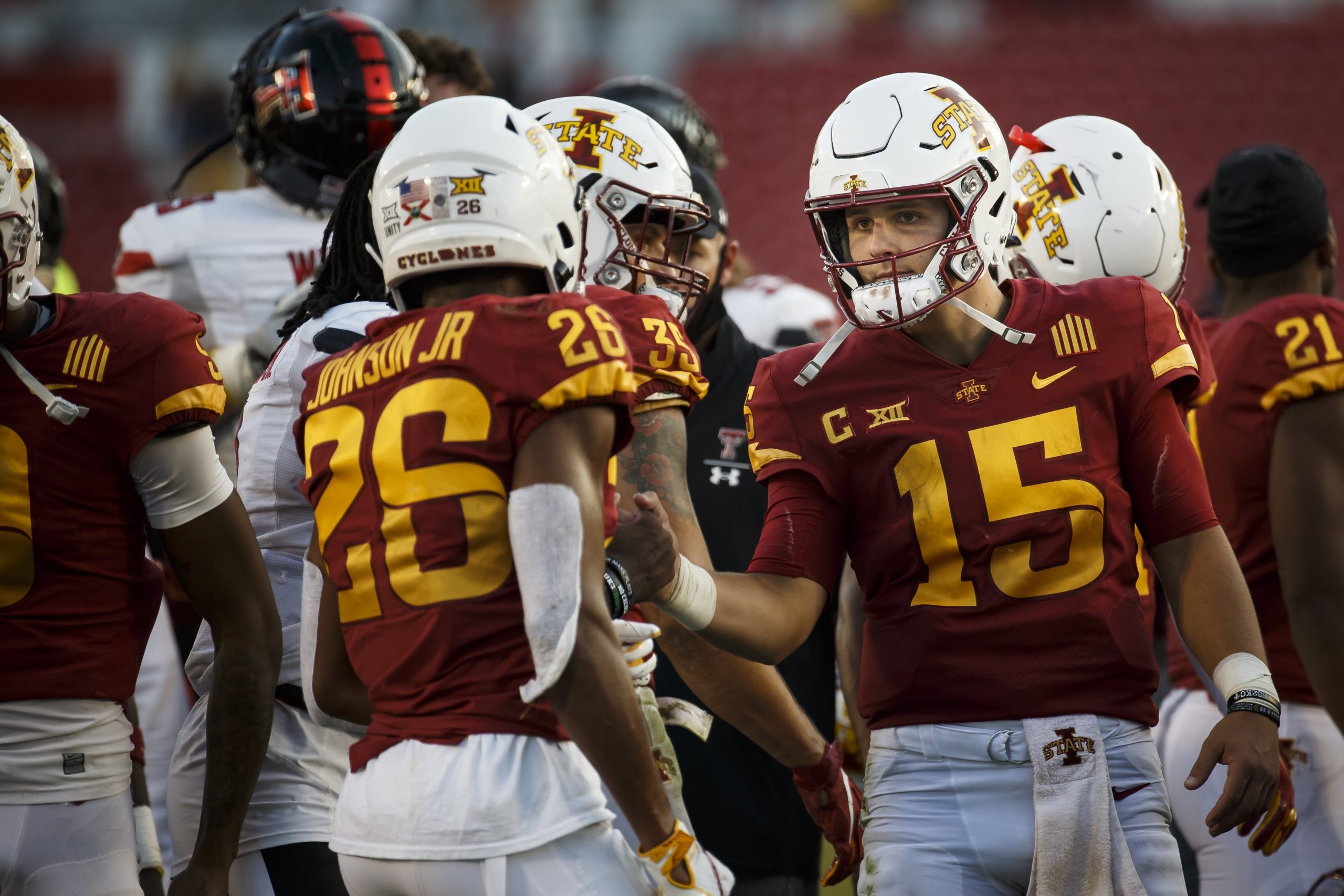 Bowl season is in full swing and this Saturday looks to be a great opportunity for a parlay with all the games in store. A College Football parlay is a great way to incorporate several games and have some fun with the chance of hitting big. Three sides pays nice odds of +593 with DraftKings Sportsbook.

The Wolfpack finished the season having won four games in a row with their last lost coming by three points to Miami. Finishing with a respectable record of 8-3, I think they are undervalued here. This is a team averaging 31.1 points per game and one who has a top 40 passing offense. Kentucky on the other hand, does not score very much at all, just 21.7 points per game. Their defense is decent, but the Wolfpack should have no issue moving the ball on the Wildcats.

The Iowa State Cyclones are a respectable 8-3 but did not even win their conference. An even less deserving team is the Oregon Ducks; they are 4-2 and did not even win their half of the Pac-12. Oregon got into the Pac-12 Championship when North Division champion Washington pulled out of the game, parlaying the good fortune into a 31-24 victory over a mediocre USC squad. They were without leading rusher CJ Verdell (knee) against USC and he is questionable for this one. Less time off than usual prior to bowl games won’t help Verdell’s cause.

Either way, there will be a lot of pressure on sophomore quarterback Tyler Shough, who has only six collegiate starts under his belt. He threw for just 91 yards in the Pac-12 Championship. Iowa State is 8-2 since an alarming loss to Louisiana in its season opener, since falling only to Oklahoma State (24-21) and to Oklahoma in the Big 12 Championship (27-21). This team boasts the nation’s leading rusher in Breece Hall, who has run for 1,436 yards and 19 touchdowns. Oregon is 5-11-1 ATS in their last 17 non-conference contests. The Cyclones are 5-1 ATS in their last six as favorites and 16-7 ATS in their last 12 following a loss. Go with Iowa State.

This is not the trip Texas A&M wanted to be making, as they were the first team left out of the College Football Playoff (ranked No. 5 by the selection committee). North Carolina, on the other hand, will be thrilled by its Miami destination. Two ACC teams got into the CFP (Clemson and Notre Dame), leaving the Orange Bowl’s ACC tie-in available for the Tar Heels. “There will never be a team that will be more excited about coming to the bowl game than ours,” head coach Mack Brown said. Excitement and motivation level is not the only reason why taking UNC and more than a touchdown’s worth of points is the smart play in this one. The Heels just played at Hard Rock Stadium, hammering then-No. 10 Miami (FL) 62-26 earlier this month.

Although they are dealing with some opt-outs, quarterback Sam Howell and Javonte Williams should be able to provide more than enough offense. Meanwhile, the Aggies have only one victory over a Top 25 opponent, and that came way back on Oct. 10. Take North Carolina and the points.