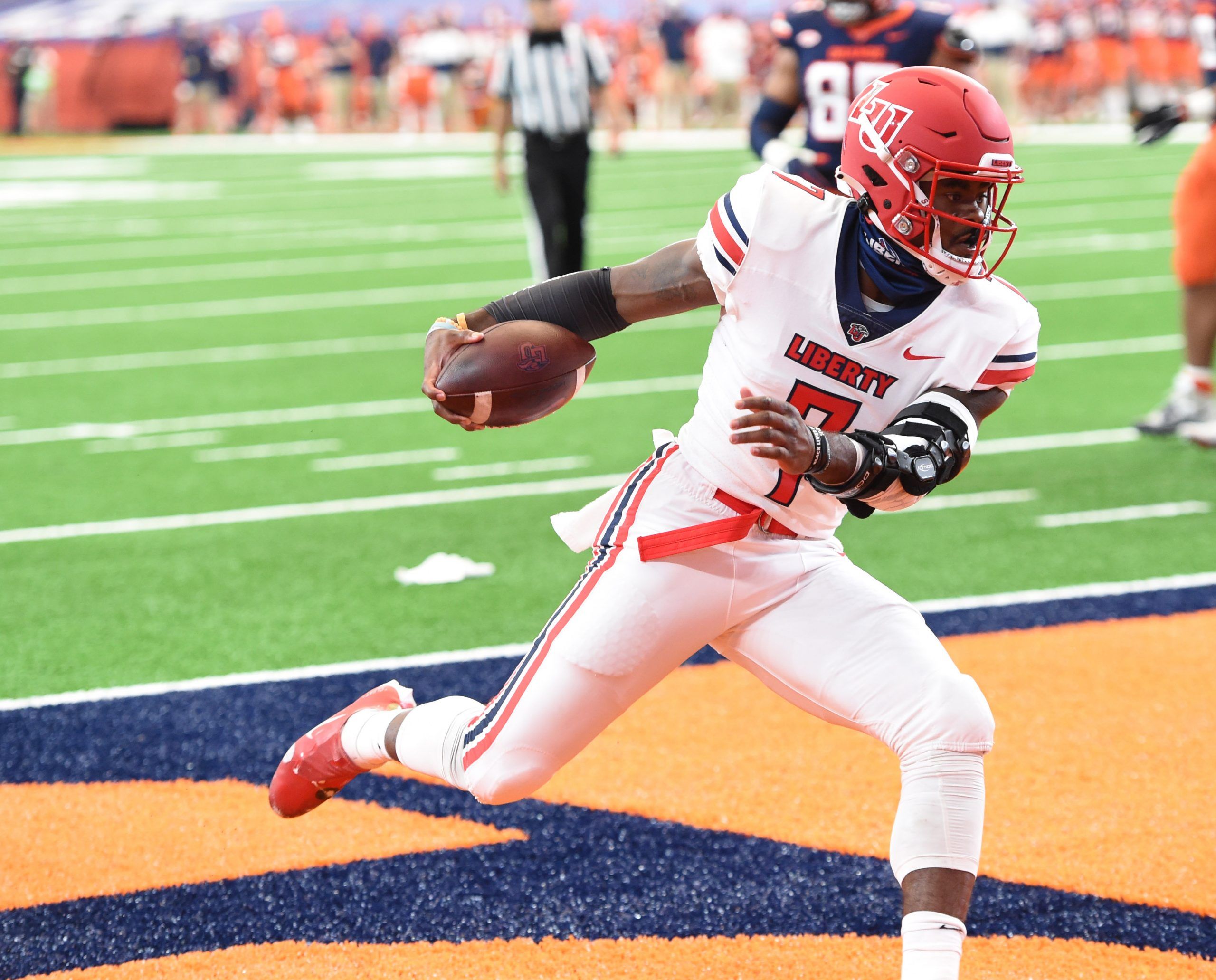 Matthew has been with Pickswise for a while now, covering a wide variety of sports. His main passions are college football and UFC, and those are the sports he has covered the most. Matthew uses a variety of methods to handicap games, including stats, trends, injuries, and situational factors. His goal is to consistently give out winners and will put in the research to try and achieve this.
@Sixfigurematt
Updated: 4:50 AM ET November 07, 2020

Week 10 College Football action is here! A College Football parlay is a great way to incorporate several games from a huge slate of action and have some fun with the chance of hitting big. Two sides and two totals pays huge odds of +1228 with FanDuel Sportsbook.

The Flames are undefeated and have already beaten an ACC team (Syracuse). Though Syracuse is not the same as the Hokies, it was still a step up in competition. Liberty is known for running the ball and they have one of the best rushing attacks in the country. At least in terms of yards per game, they average 255.5. That in turn allows them to score often as they average 38.0 points per game. Their passing offense is not as prominent, averaging just 215.8 yards per game, so it is clear they will be looking to lean on the run heavily.

The Hokies on the other hand, have had a strange season. They started off looking strong through the first few games, but a loss to North Carolina derailed them a bit. They bounced back with an easy win against Boston College, but then were upset by Wake Forest, a game which they really needed to win. Then last week they beat a below-average Louisville team by just seven points. Similar to the Flames, the Hokies have a lethal rushing attack. They are averaging 290.2 yards per game, ranking them fourth in the country.

Liberty may look like a game the Hokies can sleepwalk through, but that is not the case. Also, there is the ‘look ahead’ factor as the Hokies play Miami next week. Liberty has played well all season and I do not see them slowing down now. I like the Flames to cover with confidence.

Considering the Sooners have the type of offense that could cover this total by themselves, I am going to be looking towards an over. It is not like the Sooners’ defense is some rock wall either, allowing an average of 27 points per game. You have to think that even Kansas could score a touchdown or two, maybe 10 to 13 points. Especially if this game becomes a blowout early and the Sooners pull some starters at halftime. Regardless, I do not see Oklahoma letting off the gas because they want to win every game they have left by as much as possible. Because they can score so quickly, I am backing the over as a strong lean.

Texas Tech has a solid offense and an appalling defense. As a result their games average a whopping 72.7 points. While TCU generally does not play high scoring games, they do have the ability to put plenty of points on the board as proven in their games against Iowa State and Texas. With how bad Texas Tech’s defense is, TCU should score somewhere around 40 points, and everyone knows Texas Tech will score at least 24. TCU will play fast to exploit this terrible defense and Texas Tech always plays fast so this over should hit easily. Take the over here.

Tennessee has been a disappointment this season. They have lost three in a row after a 2-0 start and were off last week after losing to Alabama 48-17. Truth be told, I think losing 34-7 to Kentucky the week before was worse, but in either case, the Volunteers just don’t have a functional offense this season. It has been more of the same from QB Jarrett Guarantano, even though the talent surrounding him has improved over his four years. Without consistent offense, the Vols are not competitive against quality opponents.

The story of Arkansas can be quickly summed up by looking at their perfect 5-0 ATS record. The stats overall are nothing special but new coach Sam Pittman has given them the confidence to play while expecting to compete instead of expecting to get beat.

This a small number here which at first made me think that Arkansas might finally be overvalued. On second thought, I was wondering how Tennessee can be favored in this game on the road at all. They have no advantage at the most important position on the field and have shown no knack for rising to the occasion. Arkansas has been really opportunistic on defense this season and Guarantano is likely to create some opportunities. Look for the Razorbacks to get the win so the 2 points are a gift.