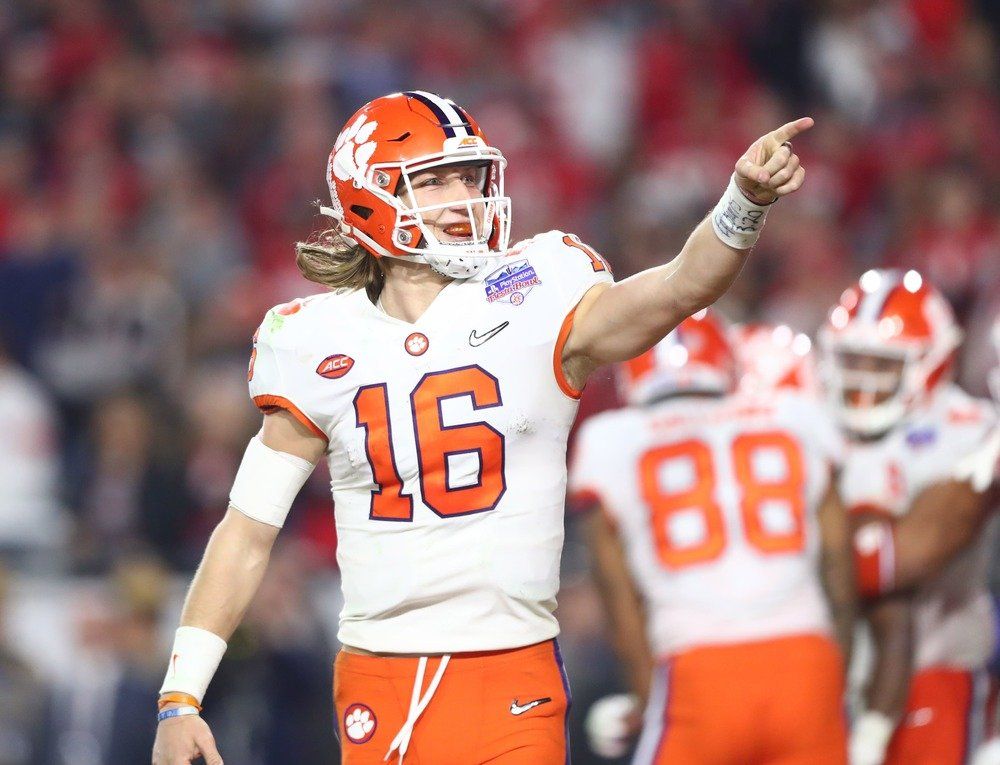 Matthew has been with Pickswise for a while now, covering a wide variety of sports. His main passions are college football and UFC, and those are the sports he has covered the most. Matthew uses a variety of methods to handicap games, including stats, trends, injuries, and situational factors. His goal is to consistently give out winners and will put in the research to try and achieve this.
@Sixfigurematt
Published: 14:17 PM ET November 27, 2020

Week 13 College Football action is here! A College Football parlay is a great way to incorporate several games from a huge slate of action and have some fun with the chance of hitting big. Two sides and two total pays huge odds of +1228 with FanDuel Sportsbook.

The final score in Alabama’s last game was 63-3 over Kentucky. It was yet another over for the Crimson Tide, they are 5-2 on the season. For Auburn, they have just one over on the season as the offense has not come together the way they had hoped. I am not expecting Alabama to score 60+ again but they are going to ease up on their rival. If they can score in the 40s, or 50s, or more, they will. Also, I think Auburn coach Gus Malzahn will have his team ready for Alabama and maybe even thrown in some new wrinkles. He is an offensive innovator, it just doesn’t always work. They can post at least 20 points towards the over though. I think we don’t have to sweat any late scores here.  It goes over early in the 4th.

While I think the Clemson defense is going to be very good in this one, I also think the offense will be great again. Lawrence has not played in weeks, but I am not expecting much rust and we also know how this offense can be when it is cooking. RB Travis Etienne has been a little quiet this season and he is bound to erupt too. I think Clemson gets into the 50s here, just for fun, and to remind the playoff pickers that despite the loss they still might be the best team in the country.  Something like a 55-20 final checks all the boxes. Its gets the cover and the over and it makes a statement. The defense makes it even easier for the offense to put up points in a hurry.  By the way Clemson has also played four straight overs.

Rutgers might be 1-4 this season, but they are playing so much better than that record would indicate. The Scarlet Knights are coming off a loss to Michigan, a game where they scored 42 points. Keep in mind that they had a as much as a 17-point lead in this game before allowing the Wolverines to storm back. This game also went to triple overtime, where Michigan was able to finally put away the game. Rutgers had a total of 486 yards in this game, so clearly their offense was rolling. They are now averaging 29.6 points per game, which is a huge improvement compared to last year. The Scarlet Knights are 3-1 this season when they are an underdog with their only loss ATS coming against a solid Indiana team.

The Boilermakers started the season strong at 2-0, beating a solid Iowa team and Illinois. In these two games, they averaged 27.5 points per game. They had their game against Wisconsin cancelled and since then they have lost two in a row. Their offensive production has dipped to 25.5 points per game and they have allowed an average of 31 points per game during those two losses. Also, even in their wins, they only won by an average of 5.5 points, so I do not believe they have the offense to pull away.

Rutgers might not be winning games, but they are covering quite often. Purdue is not a great team either, so I will look for Rutgers to keep it close and I would not be surprised if they win outright.

This matchup features two teams that are heading in remarkably different directions. NC State is rolling right now; the team has won five of their last seven games, including a comeback victory over Liberty last weekend. Meanwhile, Syracuse continues to lose, and they may have hit the lowest point of their 2020 campaign last weekend when they got shutout by Louisville. We should see both of these teams continue heading in their respective directions on Saturday.