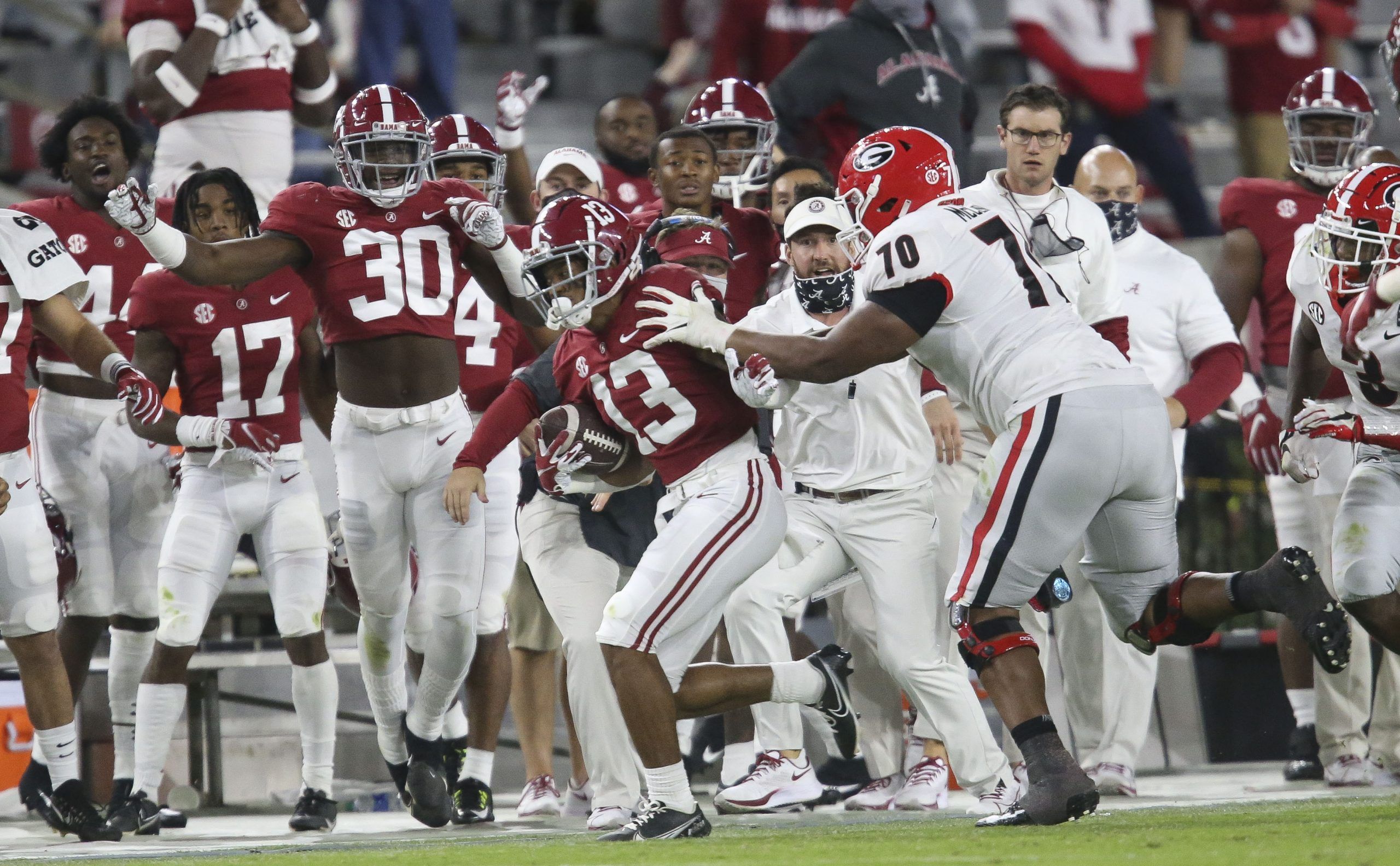 Week 16 in college football features a number of Championship games, but also several games that are being made up due to past cancellations. It also looks to be the perfect opportunity for a parlay. A College Football parlay is a great way to incorporate several games and have some fun with the chance of hitting big. Two sides and a total pays nice odds of +593 with DraftKings Sportsbook.

Minnesota got a rather easy win last week against a terrible Nebraska team to move back to .500 on the season. The fact that they were double-digit underdogs to the Cornhuskers was a complete joke and they showed that on the field. Their rushing offense will be the key here, considering they have one of the top running backs in the country. Even with Rashod Bateman opting out the other week, the Gophers offense still played fine against the Cornhuskers. Now the Gophers will face their arch-rival, Wisconsin, in a game that was previously postponed due to Covid. The Gophers are double-digit dogs once again, which makes no sense based on what we have seen from the Badgers.

Wisconsin started the season very strong–scoring 45 and 49 points against Illinois and Michigan, respectively. Since then, the Badgers have failed to win a game and have scored seven points or less in three straight games. So how can a team that is not scoring at all automatically be favored by almost two touchdowns against this Minnesota team? Maybe the Gophers have some guys still recovering from Covid, but they had a ton of guys miss last weeks game and were fine. Even if guys are missing, Wisconsin is proving they cannot score to save their life. Their quarterback, Graham Mertz, is completely overrated and is going to struggle here against the Gophers.

Notre Dame prevailed at home in the previous meeting, taking advantage of a Trevor Lawrence-less Tigers team en route to a 47-40 overtime victory. Obviously Lawrence not being on the field hurt Clemson, but as the score indicates, offense was not the reason why the visitors lost. Notre Dame put 47 points on the scoreboard (33 in regulation) behind 310 passing yards from Ian Book and 208 rushing yards overall.

It has only been full steam ahead for the Fighting Irish since then, with double-digit victories over Boston College, then-No. 19 North Carolina, and Syracuse. With the way Notre Dame can run the ball, it can control the clock and do a decent job of limiting Lawrence’s possessions. Clemson has not had any close calls with Lawrence under center in 2020, but I’m not giving double-digit points to an opponent that will likely be in the College Football Playoff even if it loses on Saturday. The Fighting Irish are 6-0 ATS in their last six against opponents with winning records. They are also 5-1 ATS in their last six at neutral sites. Take Notre Dame and the points.

A Florida cover correlates to an under play, as it won’t be good news if this develops into a shootout. Especially when Mac Jones and Devonta Smith are playing for the other team. The key on Saturday will be for Florida to run the football. Its best defense will be trying to keep Alabama’s offense off the field. Although UF is a passing team, it is capable of running the football at an elite level. Both Dameon Pierce and Malik Davis are averaging at least 4.7 yards per carry. This is an absolutely huge number; one that Florida games have exceeded only three times this year and one the Alabama games have exceeded just twice. Look for this one to stay under the total.