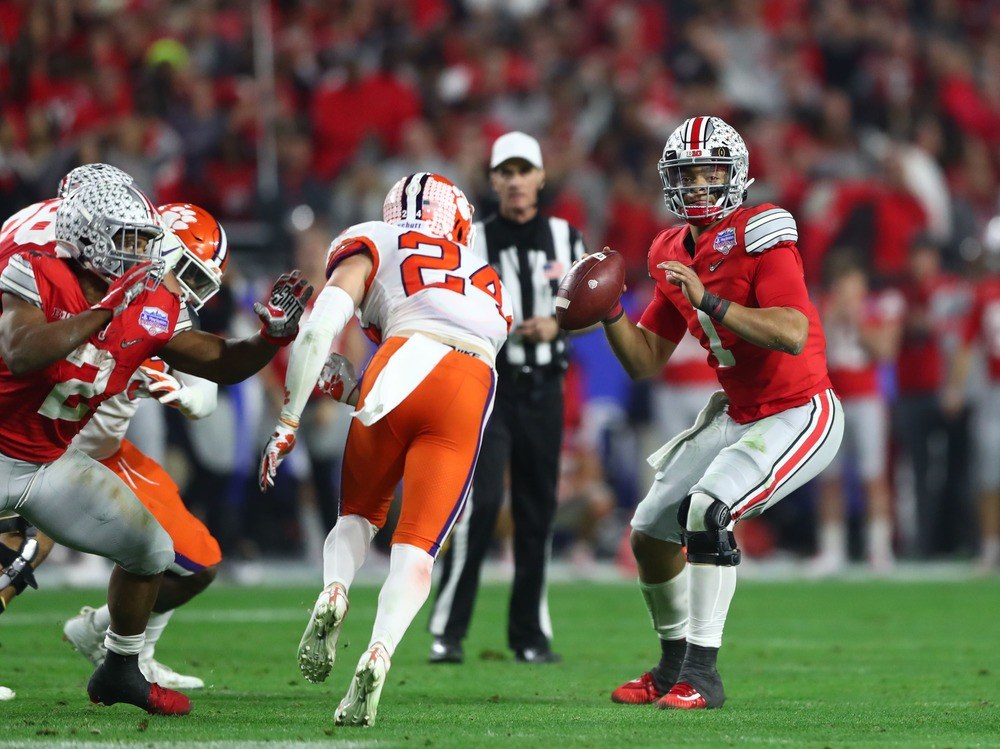 It’s a new year and the Ohio State Buckeyes hope it’s a new result in their College Football Playoff semifinal rematch with the Clemson Tigers. They faced each other last year in the Fiesta Bowl semi, with Clemson getting the job done 29-23 before falling to LSU in the National Championship. This season’s other semifinal pits the Alabama Crimson Tide against the Notre Dame Fighting Irish. Ohio State and Alabama are the two undefeated CFP representatives, while both Clemson and Notre Dame scraped into the field of four despite having one loss each.

Let’s take a look at the best player prop bets for the two biggest games to date in the 2020 college football campaign.

Notre Dame almost certainly won’t win the Rose Bowl as an underdog of almost three touchdowns, but it’s not all bad news for the Fighting Irish. One, and most importantly, they are in the dance. Once you’re in, anything can happen. Two, Alabama’s defense is not really championship quality; the Crimson Tide are the best team in the nation because their offense is unstoppable. The other side of the ball leaves a lot to be desired. Book, who has thrown for 2,601 yards with 15 touchdowns and only two interceptions this year, is more than capable of capitalizing. He has thrown for at least 279 yards in four of the last five games. 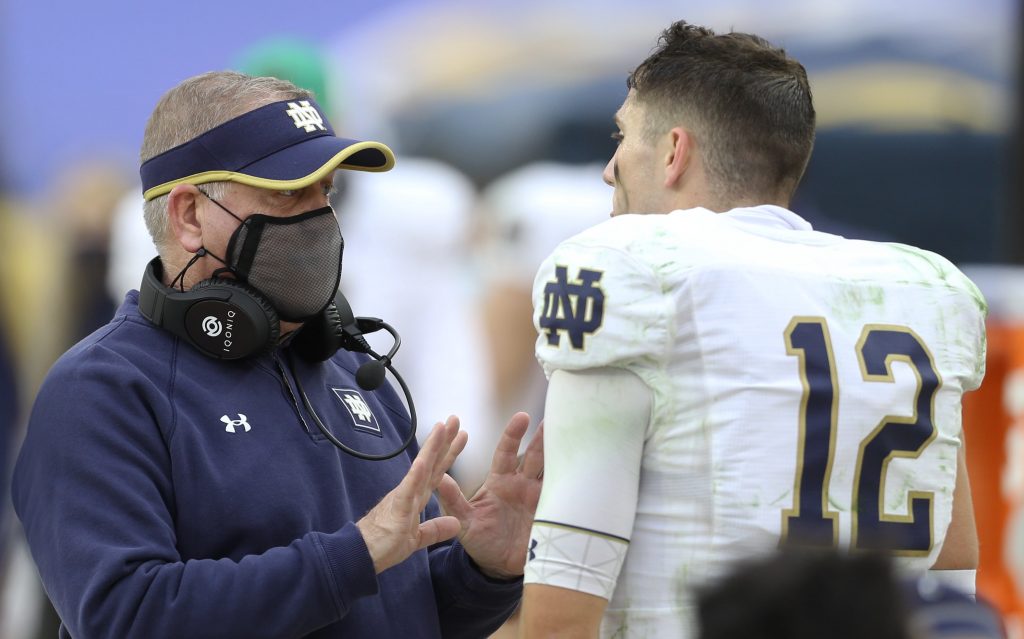 Fields is coming off a near disaster of a performance in the Big Ten Championship against Northwestern. He passed for only 114 yards, was picked off twice without tossing a touchdown strike, and managed no more than 35 yards on the ground. Don’t be surprised if Fields comes out on Friday with a chip on his shoulder and makes a bounce-back statement. He is going to have to shoulder more of the load than he did against the Wildcats, who watched Ohio State running back Trey Sermon rush for a ridiculous 331 yards. Clemson’s defense is holding opponents to an anemic 2.8 yards per carry in 2020, so Fields may have to do some improvisation instead of just handing the ball off to Sermon all day long. The Kennesaw, Ga. native has rushed for five touchdowns in six games this season.

Although the Sugar Bowl may not turn into a complete shootout (last year’s Clemson vs. Ohio State Fiesta Bowl didn’t), the defenses are still going to have their hands full with these electric offenses. Each team’s best defense is going to be taking control of the clock and keeping the opposing offense off the field for as long as possible. It will be a slog (the Buckeyes’ run defense is almost as good as Clemson’s at 96.7 yards per game allowed—second in the Big Ten), but both squads will have to commit to it. Travis Etienne is too good to be held complete in check, and as a result the Tigers can still win even if Lawrence doesn’t go crazy. A quota of 334.5 passing yards is massive, and it’s one the likely 2021 NFL Draft No. 1 pick has exceeded only three times in nine contests this season. 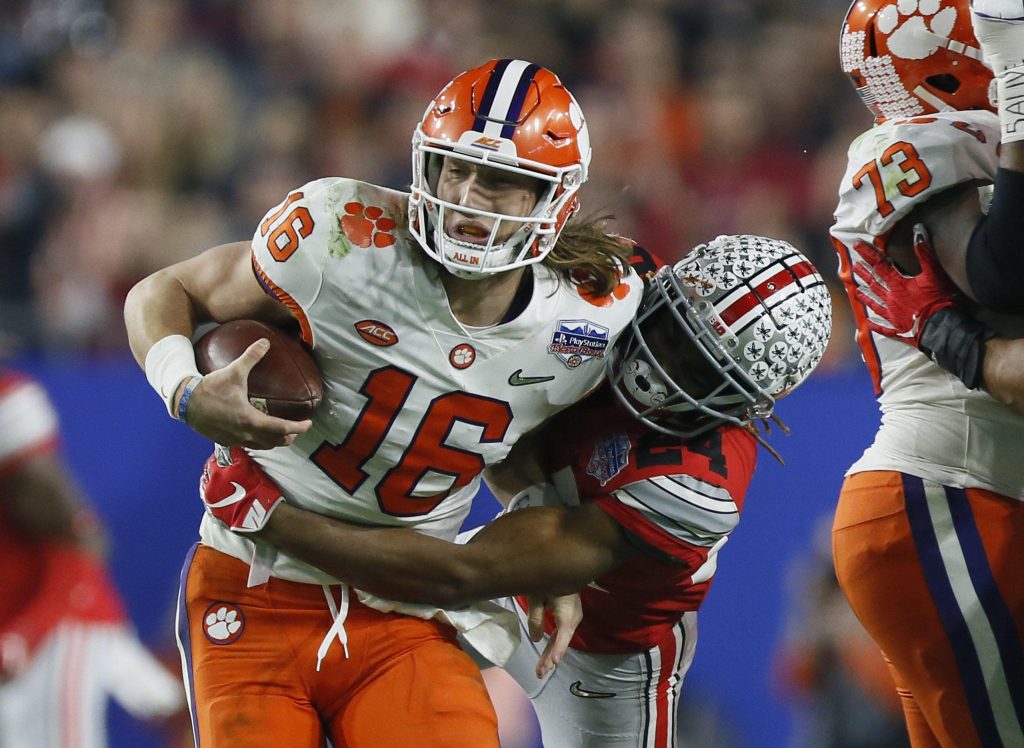 It’s also hard to see Ohio State’s offense going wild through the air. Fields was alarmingly off his game in the Big Ten Championship and now he runs into by far the best defense in the ACC (more than 36 yards allowed better than Note Dame). Chris Olave has been Fields’ favorite target of late, with a pair of 100-yard performances in the two most recent outings. That hasn’t left a whole lot for Wilson, who has just seven receptions for 108 yards during the same stretch. I don’t think Wilson will get enough opportunities against such a strong Tigers defense to sniff the 100-yard mark.