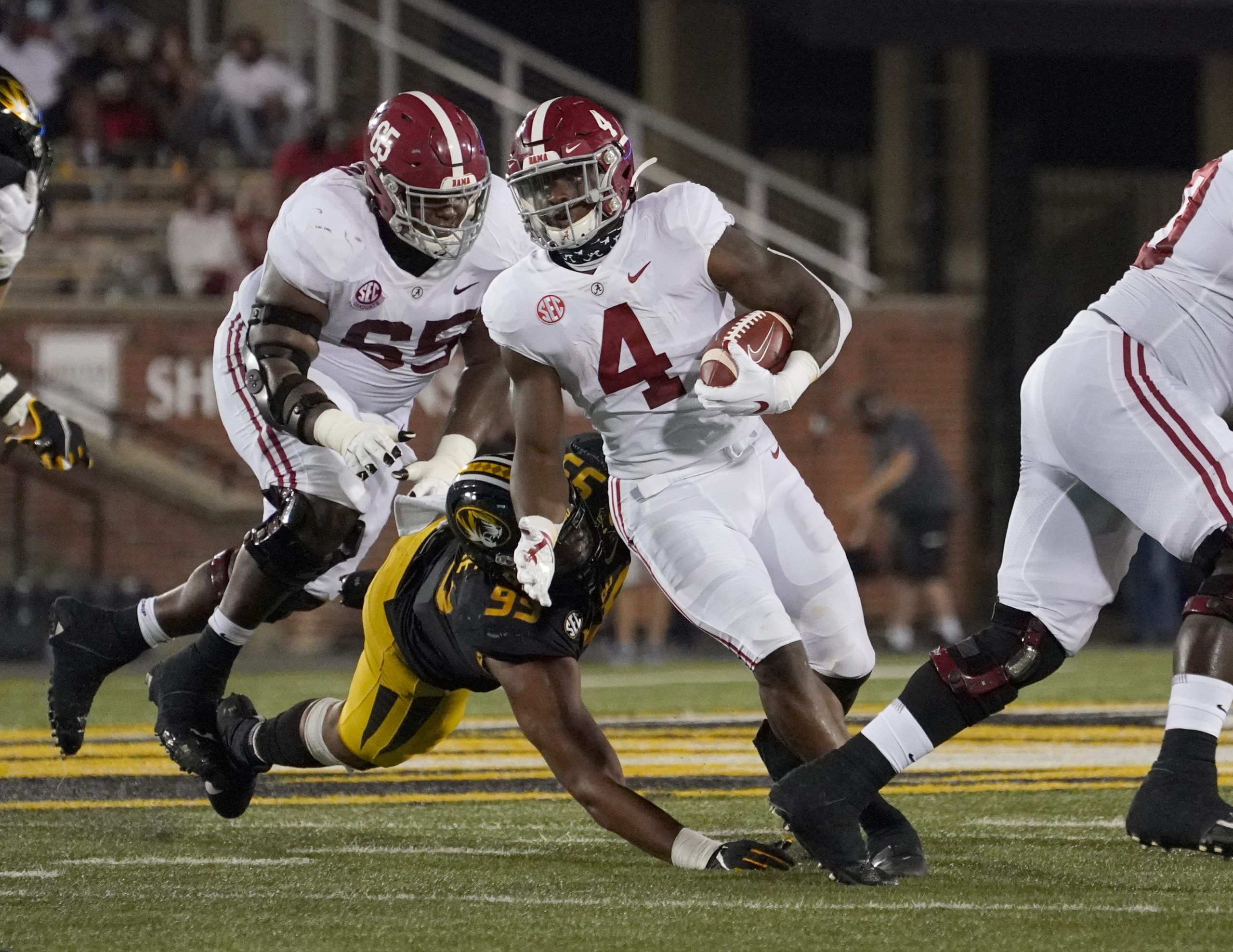 Since graduating from Davidson (The College That Stephen Curry Built), I have been writing about sports--just about any and all you can think of!--and coaching tennis in Atlanta, Ga. Beyond the four major sports, I am an avid tennis fan and cover the ATP Tour on a daily basis. If I'm not busy writing, you can generally find me on a tennis court or traveling the world wherever a sporting event takes me.
@Dimonator133
Updated: 5:04 AM ET August 04, 2021

Nobody was happier about the season moving forward than the Alabama Crimson Tide. Head coach Nick Saban’s program went undefeated (what’s new?), captured the SEC title with ease, and then rolled to the National Championship. What will the Crimson Tide do for an encore? As part of the high-powered SEC, it is never a guarantee that Alabama will run the table. Although Saban and company are obvious favorites, the Georgia Bulldogs, Texas A&M Aggies, and Florida Gators cannot be discounted.

What will happen in the SEC this coming season? Let’s take a look.

It seems like a lot of conferences — even more than usual, perhaps — have an overwhelming favorite to win it in 2021. The SEC is certainly no exception. Alabama is favored over the entire rest of the field at -141, trailed by Georgia (+250). It’s basically Alabama, then Georgia, and then everyone else. After you get through the Bulldogs, you have to go all the way down to +1400 to find the team with the next-best odds (Texas A&M). Coming in on the Aggies’ heels are Florida (+1800) and LSU (+2500) to round out the top five.

Also check out our Big Ten preview and predictions

Yes, Alabama is going to be a great team. But there just isn’t any value at -141 on a team to win the best conference in football, especially when that team lost quarterback Mac Jones, running back Najee Harris, and receiver/Heisman Trophy winner Devonta Smith.

I’m much happier to take my chances with Florida at +1800. Among the good news for Florida is that it plays in the East Division of the SEC, opposite West powerhouse Alabama. You don’t have to beat out the Tide in the season-long standings, which would be a frightening proposition. A one-game showdown in the SEC Championship is scary, too, but it is still a far friendlier task than something with a much larger sample size.

Now, can the Gators win the SEC East for the second straight time? Getting past Georgia won’t be easy, but George Pickens was supposed to be the Dawgs’ best receiver, and he is out for the year. As for the Gators, themselves, they have to replace QB Kyle Trask and TE Kyle Pitts. Enter Emory Jones under center and freshman receivers Marcus Burke and Daejon Reynolds. The offense should be fine, so the key for this squad will be playing defense like it did in 2019 (15.5 points per game allowed) rather than 2020. Defensive end Zachary Carter, linebackers Brenton Cox Jr. and Ventrell Miller, and cornerback Kaiir Elam are capable of getting this defense back to where it was two years ago.

You can get Missouri at +4000 mainly because its record last year was a modest 5-5. But last year was last year; it always means nothing in advance of the next one, and it means even less this time around given the unusual circumstances of the 2020 campaign. Keep in mind that three of the Tigers’ five losses last year came at the hands of Alabama, Florida, and Georgia. They also fell to Tennessee when the Volunteers were in the top 25. That isn’t exactly a terrible resume.

Although running back Larry Rountree is gone, Mizzou’s offense has experience in the form of quarterback Connor Bazelak and running back Tyler Badie. The receiver position is a question mark, but freshman Dominic Lovett and transfer Mookie Cooper could make an immediate impact. New defensive coordinator Steve Wilks will be tasked with doing enough to keep the Tigers in games, thus giving Bazelak and the offense a shot.