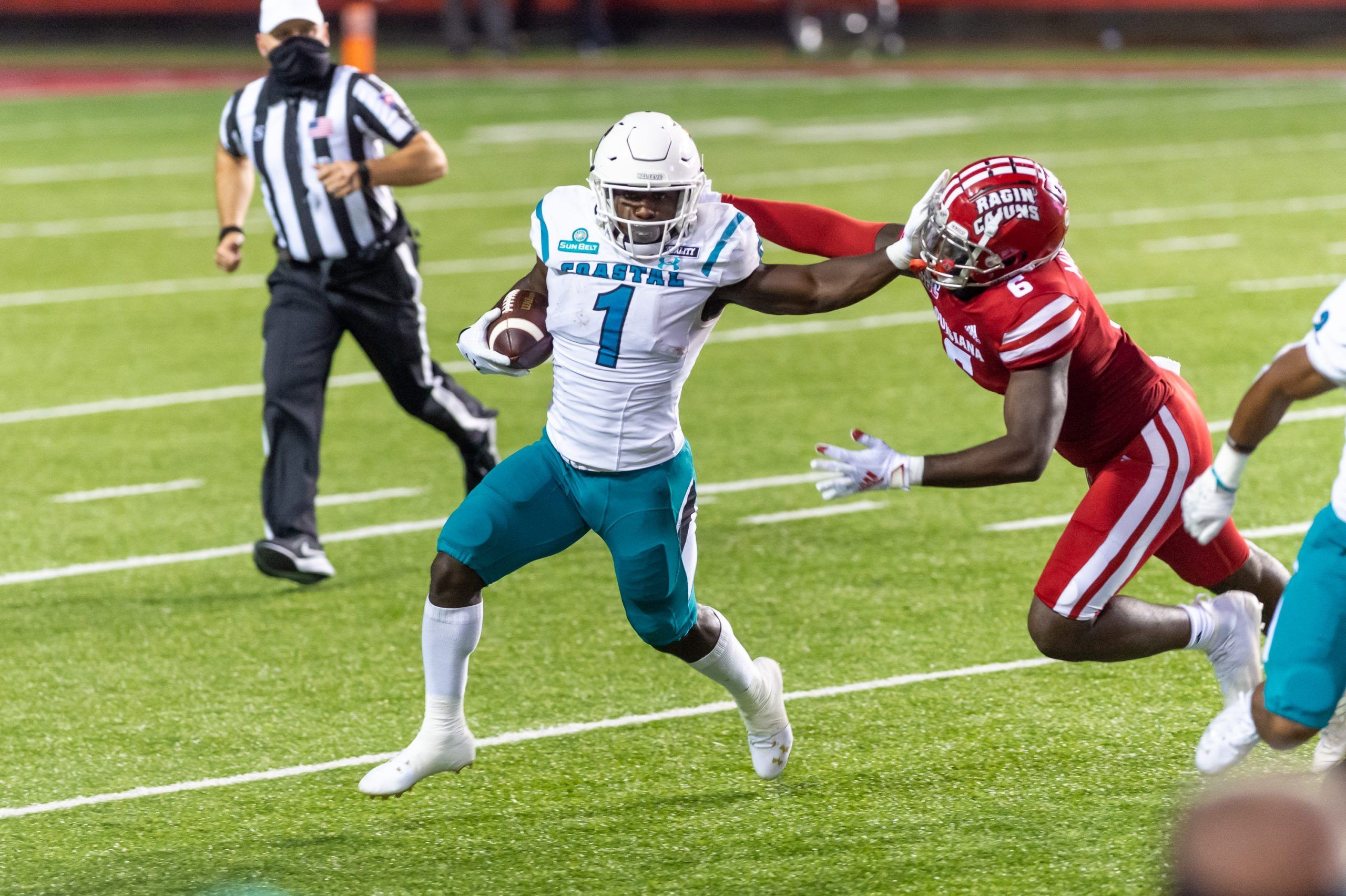 Week 14 of the College Football season is in the books and we just saw the Coastal Carolina Chanticleers make a huge statement on Saturday Night. They were originally scheduled to play the Liberty Flames (9-1), however that game was called off due to the quarterback for the Flames testing positive, among other players.

1. Making their case for a New Years’ Six Bowl Game

Almost immediately, the BYU Cougars stepped in to play Coastal Carolina. The Cougars were ranked 13th and undefeated. They were basically having a flawless season and were trying to make their case for the College Football Playoff (which was never going to happen). I will admit that BYU took a huge risk playing this game in the first place. The Cougars’ season was over and they may have already done enough to claim a New Years’ Six Bowl spot as the “Group of 5” team. Their quarterback, Zach Wilson, was putting up Heisman Trophy-like numbers, too, and was looking like a decent NFL prospect.

Enter the Coastal Carolina Chanticleers. Anytime I talk about Coastal Carolina, I always make sure to mention that they were picked to finish last in the Sun Belt before the season even started. They have a freshman quarterback, but it has not stopped them from having a near-perfect season. They have been disrespected almost all season in terms of the betting lines as well. Coastal has one game left in the regular season, but they will play Louisiana for the Sun Belt title. The Ragin’ Cajuns will no doubt be another huge test, but if the Chanticleers win that game, I truly believe they should be invited to a prestigious Bowl Game. Other teams like Cincinnati will probably get the edge because they play in the American Conference. However, what Coastal has done has been more than impressive and they deserve consideration.

2. The Chanticleers’ defense will win them the Sun Belt

On paper, this game against BYU looked like a nightmare matchup for Coastal Carolina. The Cougars were averaging 47.6 points per game and 535.8 total yards per game. Granted, the Cougars did manage to have 405 yards against the Chanticleers–but they still finished with only 17 points. Wilson also did not look as comfortable as he usually does. This type of defense gives me confidence that Coastal Carolina is going to win the Sun Belt. The Chanticleers are now 14th in scoring defense, allowing 16.8 points per game. Their defense looks to be improving almost every week, too. Even with the rushing attack that Louisiana has, Coastal is more than likely going to shut the Ragin’ Cajuns down.

Coastal Carolina’s offense has been amazing all season, as well, but when it has a bit of an off night like it did against BYU, it is nice to know that the defense can keep the Chants in the game. Look out for Coastal Carolina going forward as a bet-on team because of this defense.