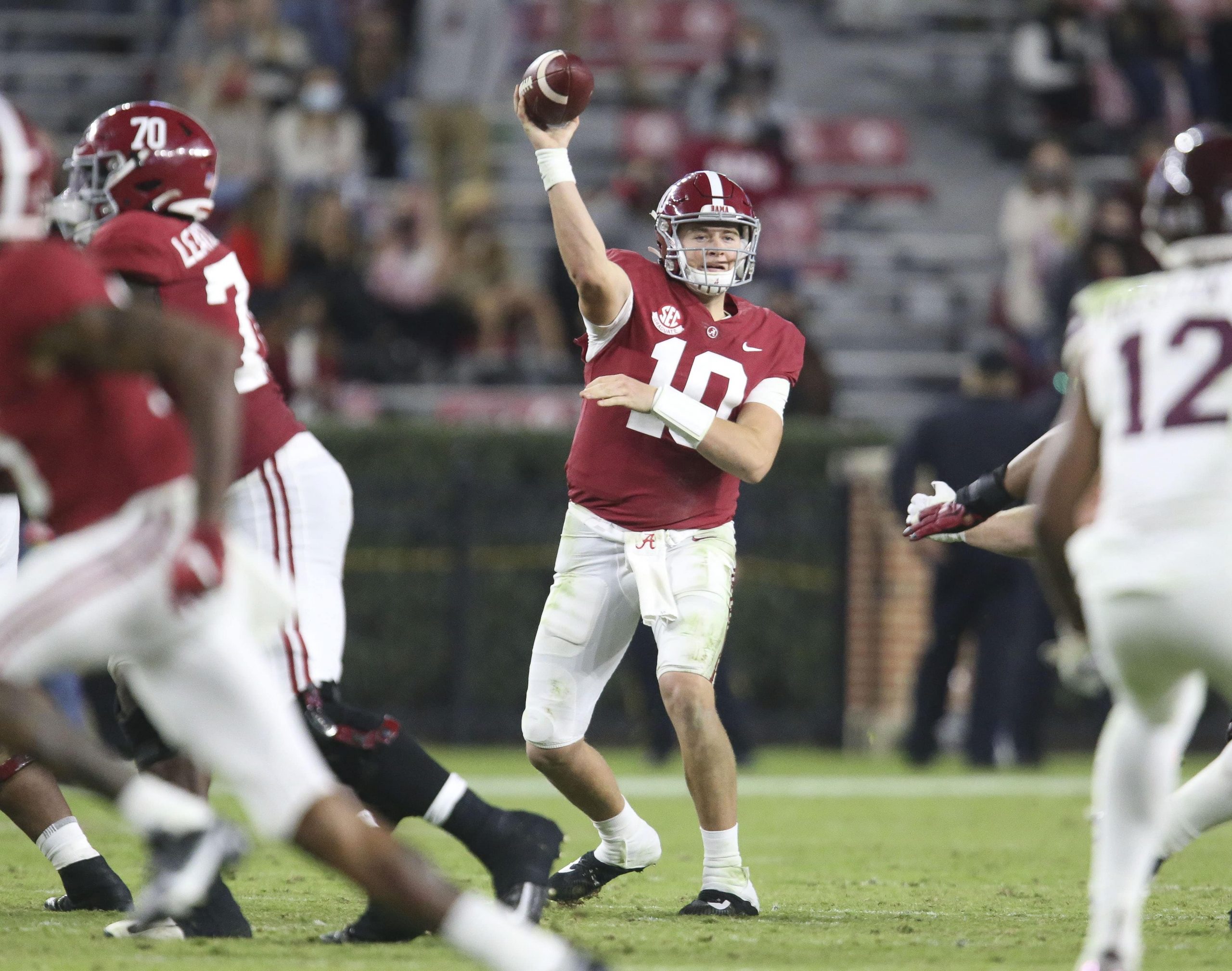 Just as expected, Alabama rolled past Notre Dame without any trouble at all. This will probably bring up plenty of questions regarding the CFB Playoff Committee. Especially because Cincinnati played so well against Georgia in the Peach Bowl. The Bearcats were one of the other teams that most people thought should have made the top four. Or maybe Texas A&M, who play North Carolina in their upcoming Bowl Game. Here we are going to discuss what happened to Notre Dame against the Tide and why they were unable to do anything productive.

Coming into the game against Alabama, the Fighting Irish had a defense that looked legit. Granted, in their previous game against Clemson, they had allowed 34 points. Still, most people figured they would be able to step up and keep Mac Jones and DeVonta Smith in check. That however, did not end up happening. Alabama had a total of 475 yards in this game and Smith dominated this defense. The now Heisman favorite had 130 yards receiving and three touchdowns (tied for the Rose Bowl record). Jones was nearly perfect on the day as well, going 26 of 31 with 303 yards and four touchdowns.

A once promising Irish team could not step up in competition when it called. We have kind of come to expect this though as so many times the Irish have a near perfect regular season, but cannot beat the best teams. The main reason they even beat Clemson was because Trevor Lawrence was ruled out.

Another reason why a lot of people thought that Notre Dame could hang around was because of Ian Book. That also did not materialize, seeing that he failed to throw a single touchdown. He did run for one touchdown, but this was in garbage time and did not make a real impact. The Irish quarterback ended up throwing for just 229 yards and had one interception. The Irish are now going to have to replace Book next year, making it even less likely that the Irish will return to the playoffs next season.

It is always going to be a question of whether Notre Dame should have made it to the playoffs in this season of uncertainly. Personally, I think there were better options, but it may have been the same result regardless. In the end, Alabama looks almost unbeatable, so we will see if they can finish the job in the National Championship game.