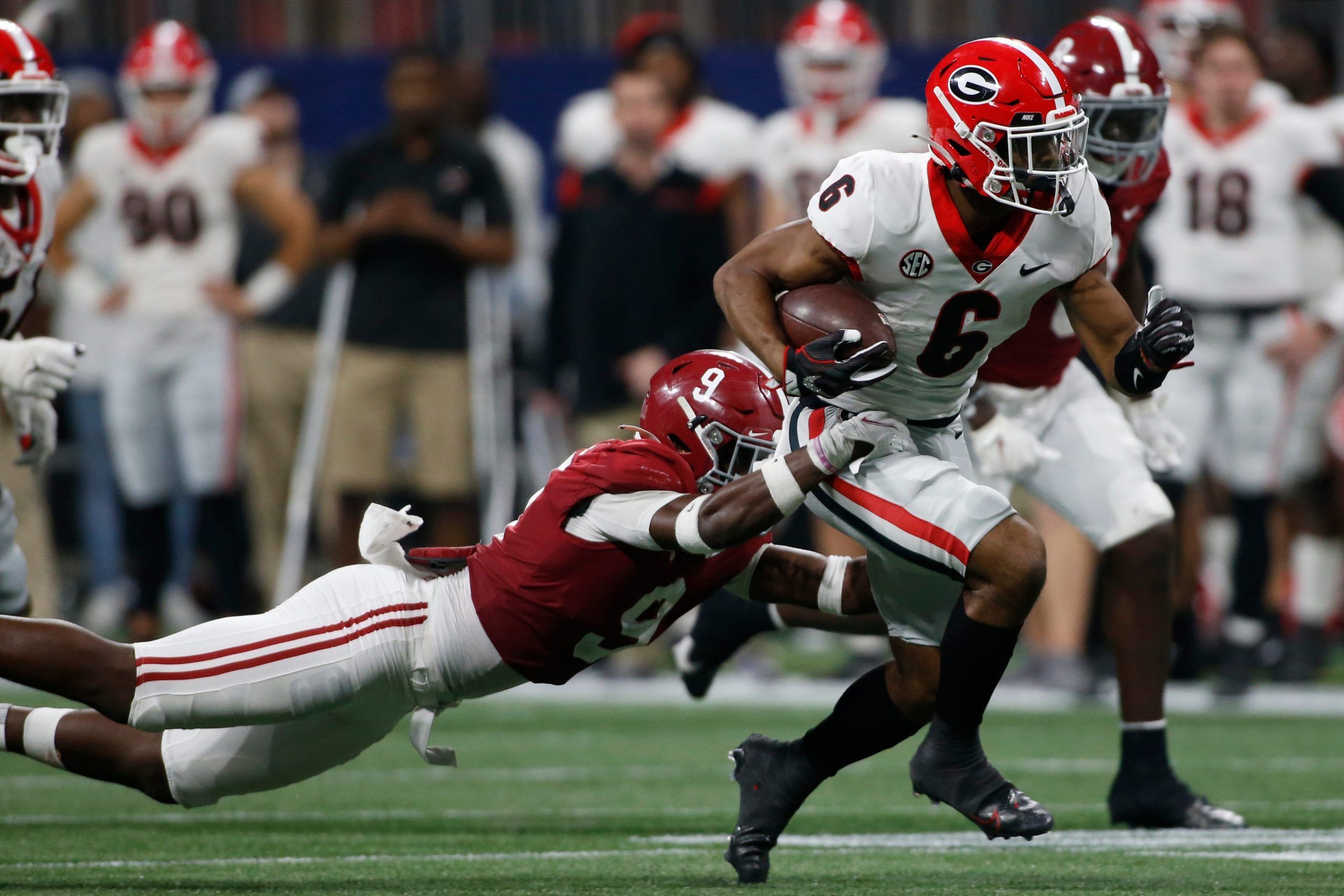 Since graduating from Davidson (The College That Stephen Curry Built), I have been writing about sports--just about any and all you can think of!--and coaching tennis in Atlanta, Ga. Beyond the four major sports, I am an avid tennis fan and cover the ATP Tour on a daily basis. If I'm not busy writing, you can generally find me on a tennis court or traveling the world wherever a sporting event takes me.
@Dimonator133
Updated: 10:56 AM ET September 03, 2022

Week 1 of the college football season is underway and Saturday is especially big. The slate includes Oregon-Georgia and Cincinnati-Arkansas both at 3:30 pm ET, Utah-Florida at 7:00 and Notre Dame-Ohio State at 7:30 pm. You can find our previews and picks for all of those games – and more – on our college football page, but for now the focus is on individual player props. Sure the market may not be as big as it is for the NFL, but the biggest and best games each week generally have some numbers on the board.

For this week’s players we are taking a look the two biggest games on the docket: Oregon-Georgia and Notre Dame-Ohio State. Both should be fun ones for what is virtually the start of college football season, and they could be especially enjoyable for certain players.

Let’s take a look at the best prop plays to be made as the 2022 campaign kicks off in earnest.

Georgia might as well be Running Back University, and McIntosh could be next in line on the list of great ones. Zamir White and James Cook are now playing in the NFL, so the backfield belongs to McIntosh and Kendall Milton. Right now it’s McIntosh who is RB1, as Milton has been dealing with a hamstring injury. Head coach Kirby Smart confirmed that Milton will be able to play this weekend, but expect McIntosh to get the heavier workload. Either way, there is more than enough to go around. Even though Stetson Bennett is now a National Championship-winning quarterback, this is still going to be a run-first offense. The Bulldogs averaged 36 rushing attempts compared to 26 passes per game in 2021.

Count on McIntosh capitalizing on his opportunities against Oregon. The Ducks have plenty of talent on the defensive side of the ball, but they have a new system in place under head coach Dan Lanning (who was, interestingly, at Georgia until this year). I’m not sure their defense will be in peak shape for the season opener. McIntosh didn’t get many chances behind White and Cook in 2021, but he still had single-game rushing performances of 66, 57 and 46 yards despite never toting the rock more than 10 times.

Check out our full Oregon-Georgia preview

Former Ohio State receivers know a thing or two about breaking out as sophomores. Chris Olave did it in 2019 and Jaxon Smith-Njiba went crazy last season. With Olave and Garrett Wilson having departed for the NFL as first-round draft picks, the door is open for Harrison to make his mark in Columbus. He should be the No. 2 target behind Smith-Njiba for quarterback CJ Stroud, which will lead to a whole host of pass-catching opportunities.

Don’t be surprised if Harrison goes off right away in Week 1 against Notre Dame. The Fighting Irish gave up 371 passing yards and 4 touchdowns to Oklahoma State in the Fiesta Bowl at the end of last season. Their run defense is expected to be superior to their pass defense again this year, as well. As a freshman in the Rose Bowl against Utah, Harrison went for 71 yards and 3 scores on 6 receptions. He will likely pick up right where he left off.