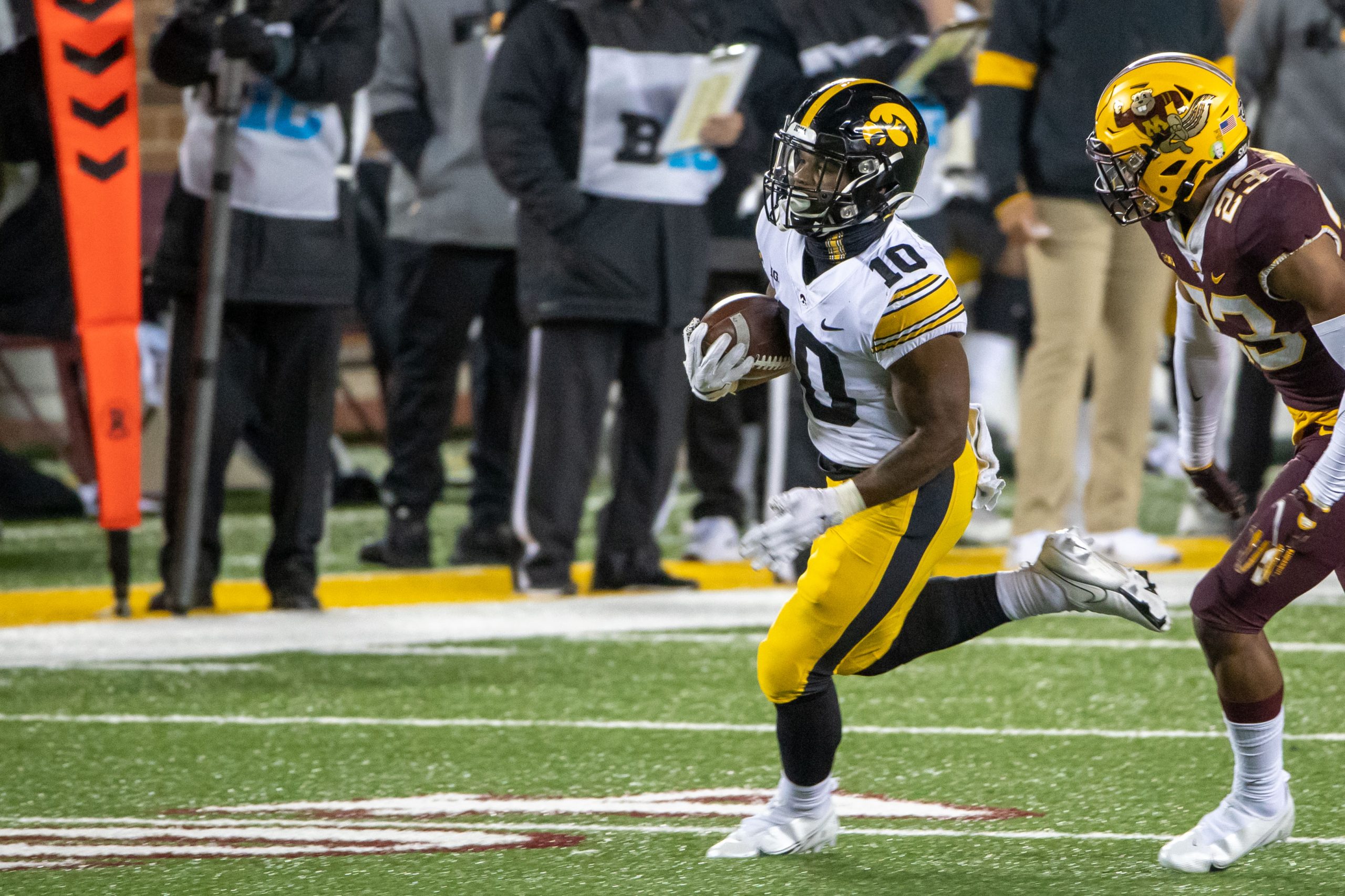 With December rapidly approaching, you know the college football regular season is coming down the home stretch. Top teams will either start making a move toward the College Football Playoff or go in the wrong direction and see their title contention fizzle out. Other programs are simply working to become bowl eligible.

As for Pickswise, we are in the department of aiming high…at least when it comes to our weekly mega parlay.

The last time the Hawkeyes played at home was when they were shocked by Purdue last month. Since then Iowa is 1-1 and did not play well in either game. The Hawkeyes have amassed an anemic 31 total points in their last three contests and have averaged just 167.7 yards through the air in those contests. Meanwhile, Minnesota boasts one of the best defenses in the country by allowing fewer than 300 total yards per game on the year and only 16 points per game in their last five Big Ten outings. They have held each of their last seven opponents to fewer than 24 points. The Golden Gophers are also 4-2 in the conference and tied for first place in the West Division, so the pressure is on Iowa.

NC State vs Wake Forest is suddenly a game that could go a long way in deciding the fate of the ACC Atlantic Division. That isn’t something that was expected by many college football fans at the beginning of the season. With the Wolfpack having already knocked off Clemson, the winner of Saturday’s showdown effectively controls their own destiny to reach the ACC Championship game.

For a long time it looked like the Demon Deacons would be headed for the title game and probably even the trophy, but they may be one of those teams trending in the wrong direction. They blew a three-possession lead over North Carolina en route to their first loss of the season a week ago. Wake Forest’s offense is stellar, but this is by far the toughest defense that QB Sam Hartman and the Deacons have faced up to this point in the 2021 campaign.

Miami has picked up some real momentum of late, having won three straight thrillers against Georgia Tech, Pittsburgh, and NC State by a combined 8 points. Florida State is an opponent that the Hurricanes can surely beat by more than a few points. The actual spread is only -2.5, but needing the ‘Canes to win by just a field goal on the actual spread is a steal, so you should have no reservations about moving it to -6.5 and getting a better payout.

Miami’s offense has looked quite strong this season, averaging 30.4 ppg in ACC play. It averages 310.1 passing yards per game. Meanwhile, Florida State is coming off back-to-back losses at the hands of N.C. State and Clemson while scoring a combined 34 points in those games. The Seminoles are just 2-4 in ACC play and that is mainly due to their offense going stagnant in the losses, scoring just 17.8 ppg. Can the ‘Noles keep up with a Miami offense that is in fine form these days? Probably not!

Check out our full game preview for Miami vs Florida State