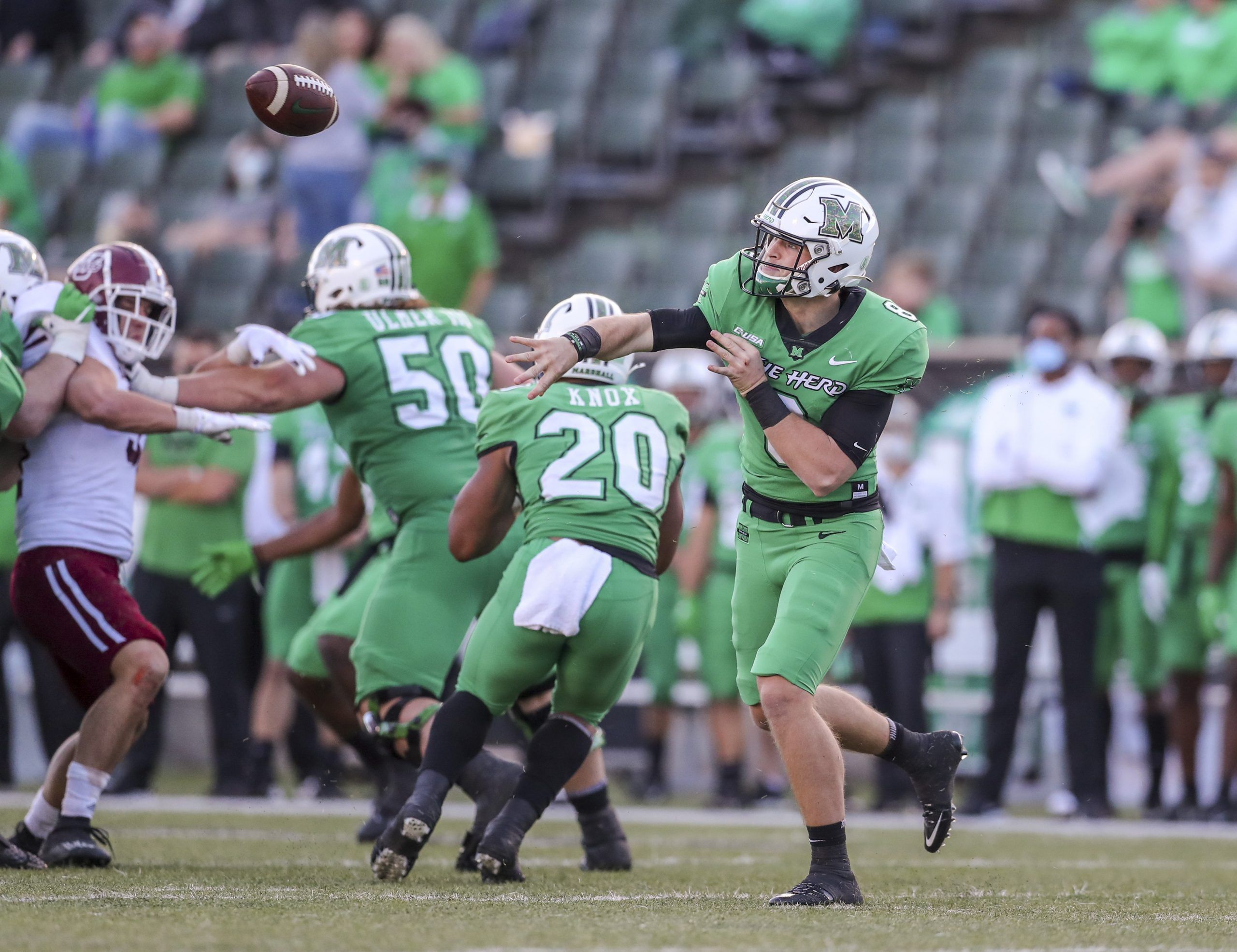 This Week 11 College Football card has been cut down significantly because of postponements, but there are still plenty of games to find value on. While you can get our thoughts on the side and total for every Week 11 College Football game, here we’ll be picking a handful of money line spots that each present value, with a few underdogs mixed in. This week we’ve got an eight-teamer payout for you, with a payout north of 85/1.

Plenty of nice looking underdogs on this card and a few favorites that should be locks. Let’s break down each game one by one.

The Hokies’ season has really fallen apart as they lost to Liberty last week as -17.5 favorites. On the other side, Miami’s quarterback, D’eriq King, threw for 430 yards and five touchdowns last week against NC State. King also was the leading rusher for Miami, picking up 105 yards with his legs. The Hokies’ defense continues to be a problem, which makes me believe the Canes will go up and down the field on them and win this game.

The Cardinals showed a ton of explosiveness in their most recent matchup, scoring 35 points against Virginia Tech in a game they ultimately lost. They did gain a total of 548 yards and looked very balanced in the process. Malik Cunningham threw for 350 yards in this game and three touchdowns. I would be more concerned with the Virginia offense, who is averaging 27.2 points per game. Due to the athleticism of Cunningham, I will look for the Cardinals to overpower the Cavaliers.

The Red Raiders offense is very pass heavy. This Baylor Bears passing defense is one of the best in the country. Texas Tech had a lot of trouble last week with TCU and Max Duggan so expect them to struggle with Charlie Brewer as well. The Red Raiders are somehow letting up 40 points per game. As a result, Baylor’s offense will be able to continue their hot offensive streak after scoring 30 points against Iowa State. Because the Red Raiders’ defense is so bad, I like Baylor in this spot.

I am loving this line even though the Mustangs are on the road. I like the way they have rebounded from their lone loss and think they would have been favorites in this spot had the Cincy game not gone the way it did. This looks a bit of an overcorrection, especially as we have seen that the Tulsa defense is not quite as elite as it looked against Oklahoma State. I would have made the Mustangs the favorite so this one is easy to punch.

The Wildcats are surrendering a mere 12 points per game; their defense was expected to be good heading into 2020 and it has been even better than advertised. In fact, they have not surrendered a single second-half point. The Purdue quarterback, Aidan O’Connell, has been effective under center, but his team is averaging just 3.3 yards per carry. The home team is not going to be able to do much against Northwestern if it remains one-dimensional. With a stout defense and the Boilermakers not having played in a few weeks, I like Northwestern to win this game.

West Virginia excels at throwing the ball, ranking 24th in the country in passing offense. Their defense is allowing less than 20 points per game, they rank 6th in total defense, 19th in rushing defense and 6th in passing defense. TCU mainly likes to run the ball, so if the Mountaineers can slow that down, I do not see the Horned Frogs putting up many points. The Mountaineers’ defense will ultimately be the difference, which is why I like West Virginia to win this game.

The Wolverines’ defense has been their biggest problem this season. They rank 104th in the country against the pass, allowing 287.3 such yards per contest. It sounds like Wisconsin QB Graham Mertz will be good to go for this one and he should be able to exploit those deficiencies. His team has played just one game in 2020 due to coronavirus issues, but it was an impressive one (a 45-7 drubbing of Illinois). I would look for the Badgers to have a huge day throwing the football and for them to win this game easily.

Marshall won by 41 against UMass last week… but failed to cover a monster spread. This team might not be getting the buzz of Cincinnati and BYU, but they are pretty darn good. On defense, they are giving up just 9 points per game and winning by an average of 26 points per game. This week is also the 50th anniversary of that 1970’s Marshall team, so no way they lose.