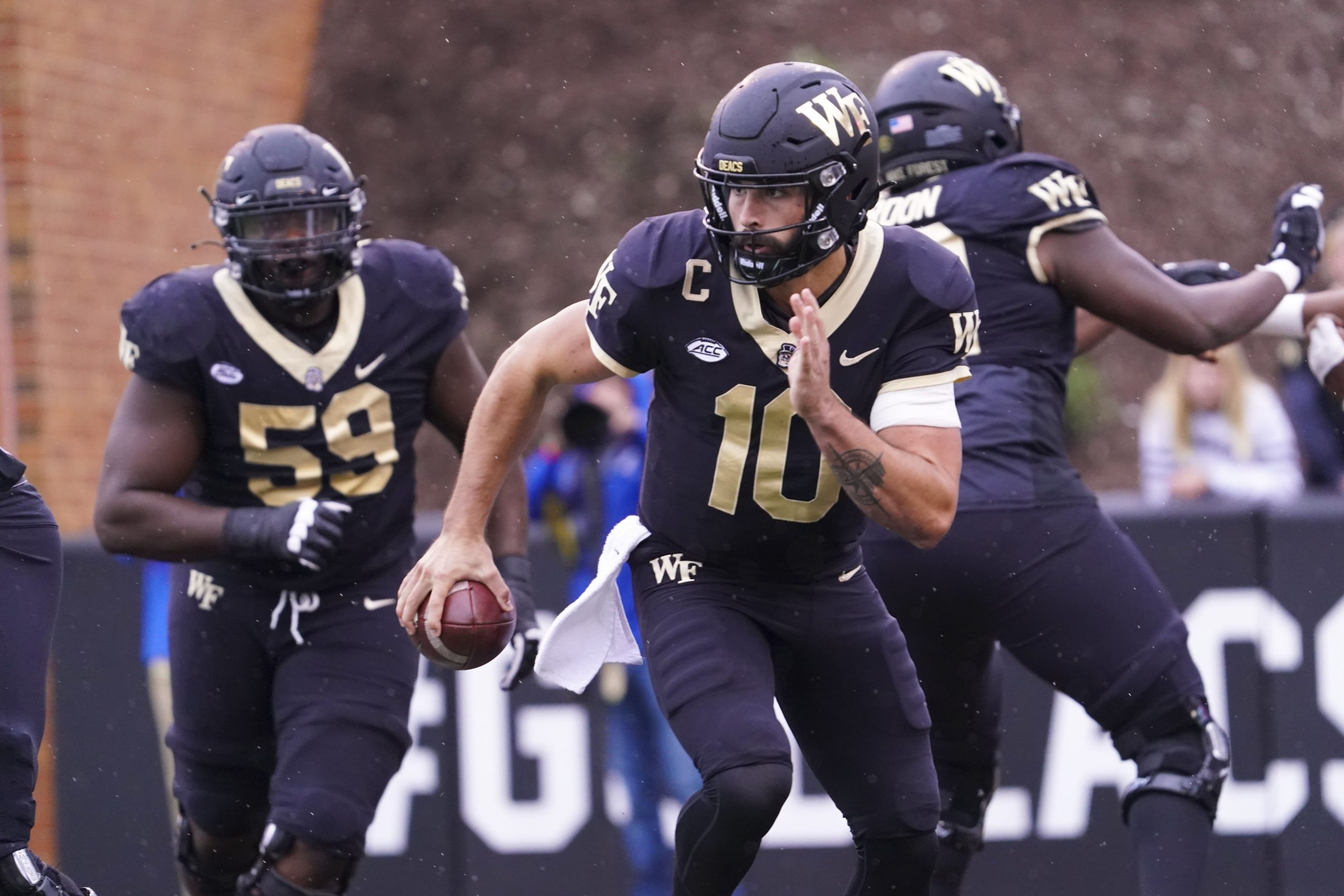 Mid-week MACtion was awesome as usual, there are a pair of ranked teams taking the field on Friday night, and we have three all-top 25 showdowns set for Saturday. That includes a marquee Big Ten matchup between the Ohio State Buckeyes and Michigan State Spartans.

Yes, it’s another busy week in college football and we have plenty of options with which to form a lucrative mega parlay.

Wake Forest and Clemson have been trending in different directions throughout the 2021 season, and yet the team with the better offensive mind at coach, better quarterback, and a conference title to play for is still the undervalued side. The Tigers have won 3 consecutive conference games but it still feels like they are reeling. Head coach Dabo Swinney’s group has hardly looked any better in recent weeks. Even with 3 turnovers last week, Sam Hartman and Wake Forest were still able to control the game and put up 45 points against a solid NC State defense, one that held Uiagalelei to just 12 completions in September.

Check out our full game preview for Wake Forest vs Clemson

This game was supposed to have College Football Playoff implications. Eleven weeks into the season, Oklahoma is now on the outside looking in following a loss to Baylor and Iowa State sits unranked at 6-4. This has bounce-back written all over it for an Oklahoma team that needs to get it going. OU quarterback Caleb Williams threw for 400 yards and 6 touchdowns in a win against Texas Tech but then looked like a freshman in a 27-14 loss to Baylor. Which Williams will we see on Saturday? For Iowa State, star running back Breece Hall was shut down last week in a loss to Texas Tech and Brock Purdy threw 2 interceptions. Additionally, the defense gave up more than 500 yards of total offense and hasn’t looked the part of a typical head coach Matt Campbell defense.

Check out our full game preview for Iowa State vs Oklahoma

Big 12-leading Oklahoma State is seeking to win its 4th game in a row. The Red Raiders are coming off a big win against Iowa State that marked just their second win in their past 5 games. Thankfully for them, the offense showed up last weekend because their defense failed to do so yet again. Conference opponents have now scored at least 38 points against Texas Tech in 4 of its 7 games, and the Raiders have given up a total of 90 in their last 2 alone. Conversely, the Cowboys are dismantling opponents during this 3-game winning streak while prevailing by an average of nearly 40 points. With OSU anchored by one of the best defenses in the country, no opponent has managed to score more than 24 points. True freshman defensive end Collin Oliver is coming into form with at least 1 sack in 5 of the past 6 games.

Arizona State is coming off a hard-fought victory at Washington last weekend, but it took a 4th-quarter comeback to do so. With a 90-yard performance through the air in Week 11, the Sun Devils have now failed to surpass 150 yards passing in each of their last 2 games. Their defense also gave up 30+ points for the third time in their last 4 outings. Oregon State continued to roll at home last weekend, much like it has all season. The Beavers are now averaging 38.2 points per game at home on nearly 450 yards of total offense in such games. Sophomore signal-caller Chance Nolan is averaging a QBR of 73.2 in 5 home contests. Clearly being at home is a big factor for OSU in this one; the numbers suggest exactly that, as the Beavers are undefeated both SU and ATS during this campaign when they don’t have to travel.

Check out all of our college football picks for Week 12