College Football Week 12 Review: What we learned from a narrow Oregon win 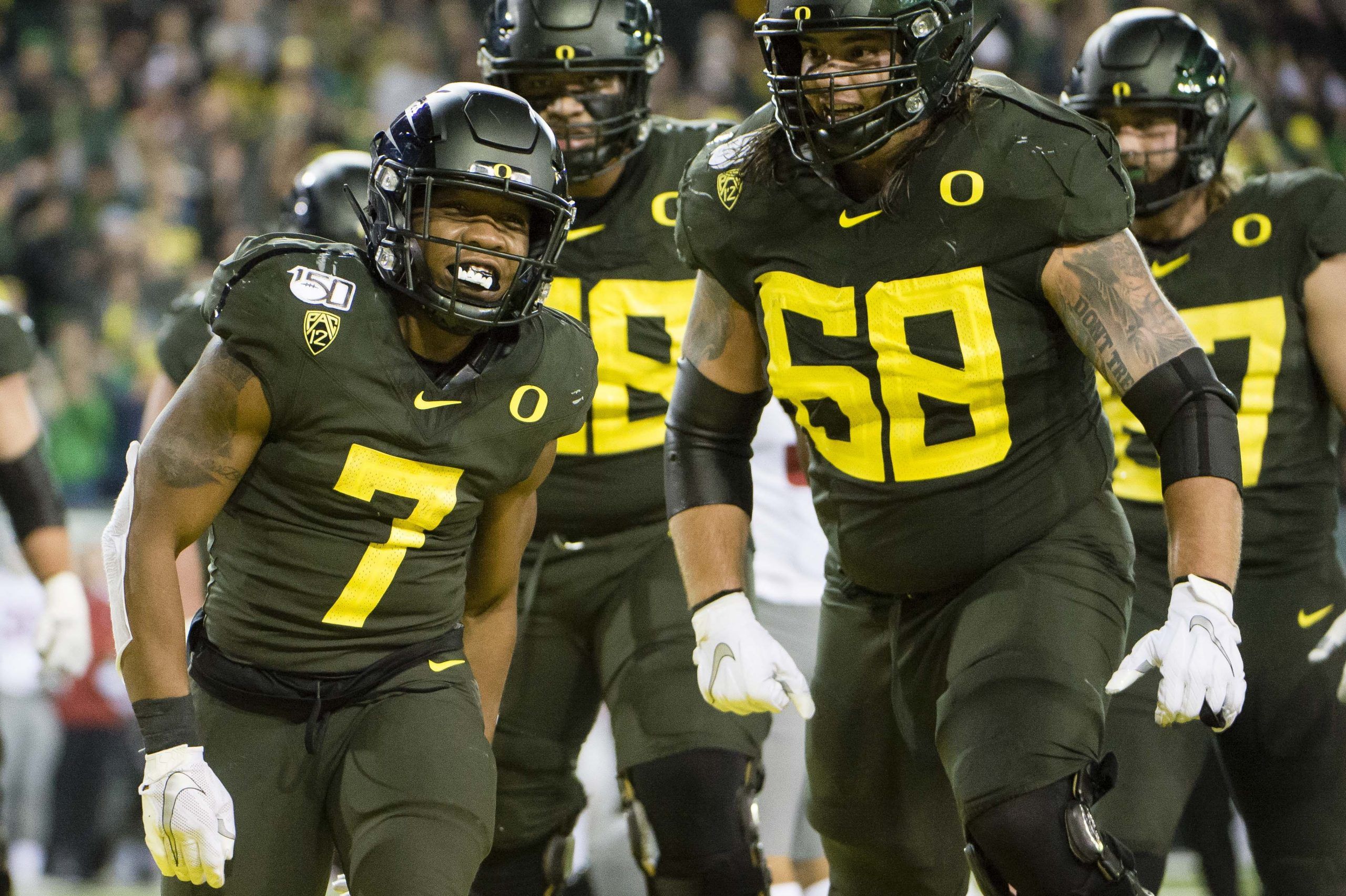 Matthew has been with Pickswise for a while now, covering a wide variety of sports. His main passions are college football and UFC, and those are the sports he has covered the most. Matthew uses a variety of methods to handicap games, including stats, trends, injuries, and situational factors. His goal is to consistently give out winners and will put in the research to try and achieve this.
@Sixfigurematt
Updated: 5:11 AM ET November 24, 2020

We all knew the 2020 college football season was going to be different due to the COVID-19 pandemic. Week 12 was no exception as we saw plenty of games postponed and a few cancelled altogether. The playoff picture is starting to take shape, but there is still plenty that could go right or wrong for any team making a push.

Today we’ll be breaking down one of the biggest takeaways from this past weekend’s action:

The Pac-12 has not looked impressive

We all know that the Pac-12 started their season later than anyone due to coronavirus concerns. Because of that, the teams in that conference started with a major disadvantage in terms of having a chance to make the College Football Playoff. First of all, each team was only scheduled to play six games plus the Pac-12 Championship game. Secondly, plenty of games have already been cancelled and due to the conference policy, those games will not be made up. So far, the only real teams that would maybe have an argument, would be Oregon and USC. At the same time, both of these schools have still not looked complete enough to say the least.

Starting with Oregon, it is important to note that they are 3-0. I am not faulting them for that. However, this past weekend against UCLA, Oregon proved they should not be considered, at least not yet. They played a Bruins team that was missing their starting quarterback due to coronavirus concerns, yet the Ducks struggled all game long defensively, allowing 462 total yards. Oregon was a 16.5-point favorite after the news broke that the Bruins would be using a backup quarterback, however Oregon won the game by only three points. That performance alone makes me think they are nowhere near ready for a title shot, let alone the Playoffs. If Oregon wants to be taken seriously going forward, they must improve defensively and beat the rest of their schedule convincingly.

The other team I mentioned is the USC Trojans, who are also 3-0. They look to be on a collision course with Oregon in the Pac-12 title game. However, their first two games against Arizona State and Arizona both required late comebacks. In the Arizona State game, the Trojans had to score 14 points in the final three minutes, and in the Arizona game, they had to score a touchdown in the final 90 seconds. They were double-digit favorites in both games, so they failed to cover and played down to their competition.

There is also the Utah game, which was a better showing, especially on the defensive end. The Trojans shut the Utes out in the second half. However, their offense looked lifeless and only scored nine points in the second half. One other note is that every team the Trojans have played was playing their first game. This is not the Trojans’ fault, but they have yet to get a team’s best shot and have still struggled. They also need to start winning convincingly. There are plenty of other teams that pass the eye test for a Playoff spot and the Trojans are not one of those teams just yet.