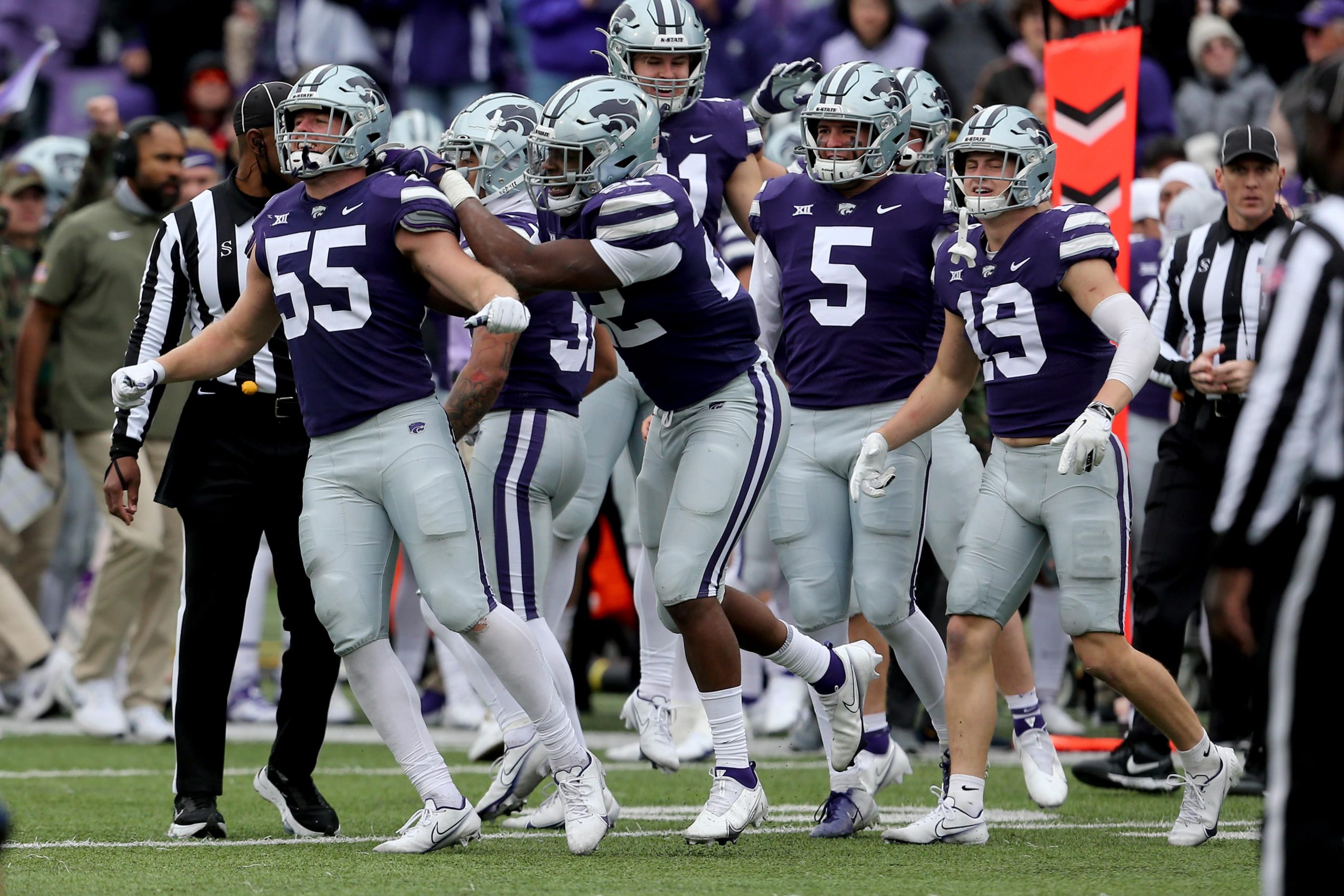 It’s hard to beat Thanksgiving week. Okay, conference championships next month and then bowl season are both awesome, but there is plenty of college football on which to feast as the regular season comes down the home stretch. The Week 13 slate includes a marquee Big Ten matchup between Ohio State and Michigan, but before Saturday rolls around a ton of teams will have already taken the field.

Yes, it’s another busy week in college football and for Friday alone we have plenty of options with which to form a lucrative mega parlay.

In fashion befitting of the Texas program in recent times, things went from bad to worse last weekend when it followed up an overtime home loss to Kansas, of all teams, with an 8-point setback at West Virginia. It has now been about a month and a half since the Longhorns last won, and during this current 6-game skid they have given up at least 30 points in every single contest – including 50+ on two separate occasions. Kansas State endured a 3-game losing streak earlier in the year but has since gone 4-1, with the loss being to a solid Baylor squad. Unlike their opponents, the Cats have played exceptionally on the defensive side of the ball. Opponents are averaging just 16.6 points in their last 5 games on fewer than 5 yards per play.

Eastern Michigan will look to air it out against Central Michigan and should be able to have success since the Chippewas rank second to last in the conference defending the pass. The Eagles’ offense is led by quarterback Ben Bryant. He has thrown for 2,700 yards and 14 touchdowns this season while completing nearly 70% of his passes. Bryant has struggled over the past couple of weeks, but should be able to bounce back against Central Michigan’s secondary, which is allowing an average of 266.5 passing yards per game. EMU should definitely be able to cover a +8.5 spread and an outright upset is by no means out of the question.

Iowa rolls into this one on a 3-game winning streak after defeating Illinois 33-23 last weekend. The Hawkeyes lean on their defense, which has allowed just 16.9 ppg and 314.7 total yards per game (both fourth in the Big Ten). Additional bad news for the Cornhuskers is that they are dealing with a major injury that will greatly stunt their offensive production. QB Adrian Martinez is sidelined by a shoulder injury; redshirt freshman QB Logan Smothers will start. Nebraska isn’t great on defense to begin with, so it may struggle on both sides of the ball against Iowa. The Hawkeyes currently trail Wisconsin at the top of the Big 10 West standings and they will need the Badgers to lose at Minnesota to go along with a win of their own. There is plenty of motivation for the visitors in this contest.

Check out all of our college football picks for Week 13