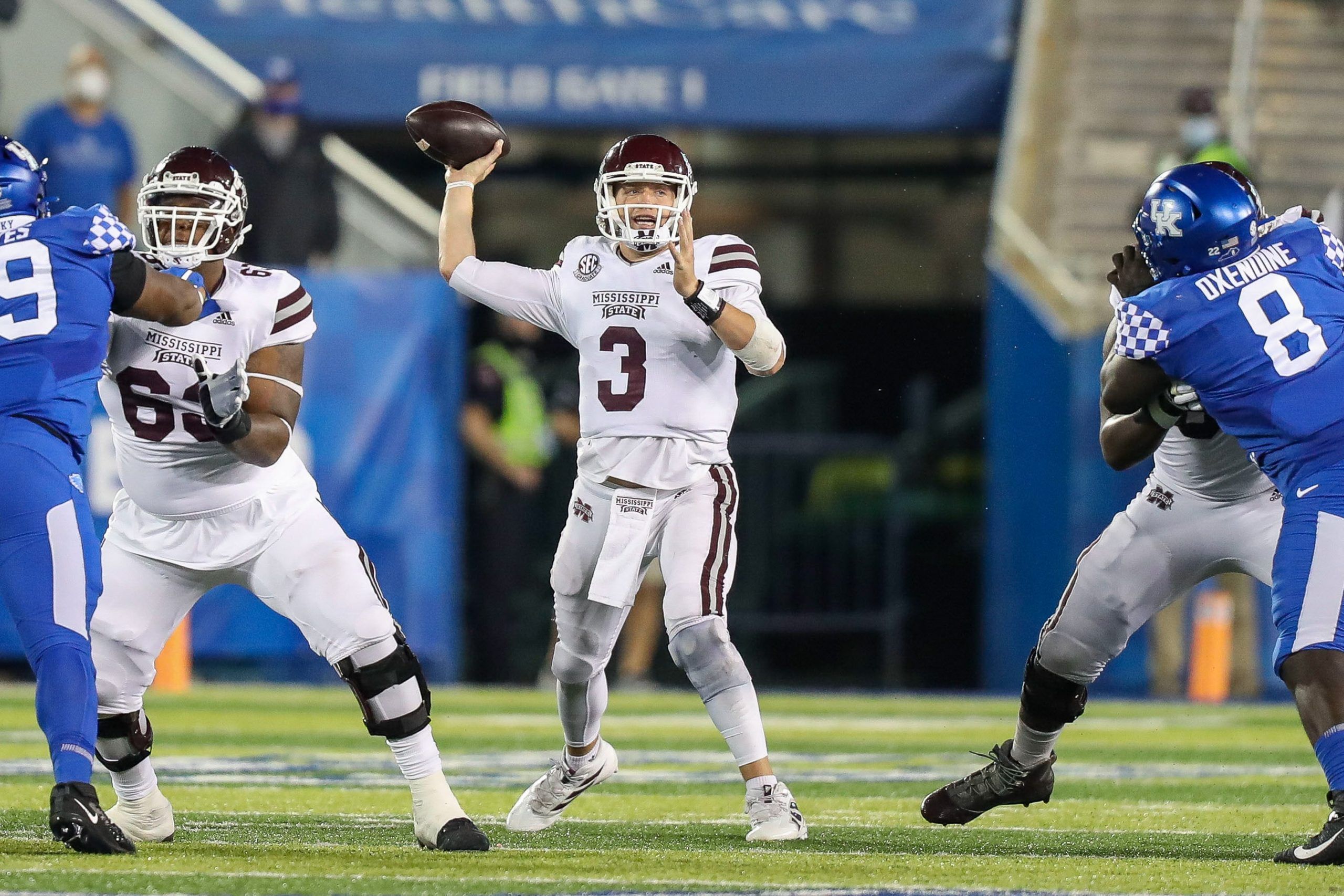 The Week 13 College Football card is a bit smaller due to some Covid postponements and cancellations, but there are still plenty of games to find value on. While you can get our thoughts on the side and total for every Week 13 College Football game, here we’ll be picking a handful of money line spots that each present value, with a few underdogs mixed in. This week we’ve got an eight-teamer payout for you, with a payout north of 53/1.

Michigan is a disappointing 2-3, but the good news is that easily trumps Penn State’s laughable 0-5 record. The Nittany Lions have all kinds of issues on both sides of the ball. Offensively, quarterback Sean Clifford has thrown eight interceptions and as a team they have also lost five fumbles. Defensively, Penn State is surrendering 36.0 points per game. That does not bode well in advance of facing a Michigan squad that finally started running the ball with some success during last week’s overtime win over Rutgers.

The Coastal Carolina quarterback, Grayson McCall, continues to play at an elite level and now has an 18 to 1 touchdown to interception ratio. Their rushing offense is also very solid, seeing that they have four guys with at least 275+ yards rushing and three or more touchdowns.

The Eagles have a quarterback that has thrown 2,355 yards, 17 touchdowns, and five interceptions. Their rushing offense is a small problem since they only average 3.1 yards per carry, but they can certainly exploit this Cardinals’ defense the entire game. The Cardinals held the Orange to a shutout last week, but that is not saying much. With a much better Boston College here, I like the Eagles to win.

Texas Tech has overall been awful this season, mainly because of their lack of defense. They had their best defensive performance last week and still allowed 23 points. The Cowboys are not as bad as what we saw last week and I do not expect the Red Raiders to be able to contain their rushing attack. For that reason, I will back the Cowboys to win.

Quarterback Michael Penix Jr. has improved dramatically since an inconsistent start to the year against the Nittany Lions. He passed for a career-high 491 yards and five touchdowns at the Buckeyes’ expense, while receiver Ty Fryfogle racked up 218 yards and three TDs on seven catches to earn Big Ten Offensive Player of the Week honors (that’s two such awards in a row for Fryfogle). The Hoosiers’ offense is scoring a ton of points this season and I expect them to roll here.

Ole Miss has a terrible defense, so the Air Raid should have some success here. The Rebels have beat two terrible Vanderbilt and South Carolina teams in recent weeks, but right before that, they had lost three in a row. They also had their most recent game postponed due to COVID-19, so they could be rusty here. I will take the Bulldogs’ to win behind a big offensive game from their quarterback.